Clint Bowyer Net Worth: The Seasoned Vet Is One of NASCAR’s Wealthiest Drivers 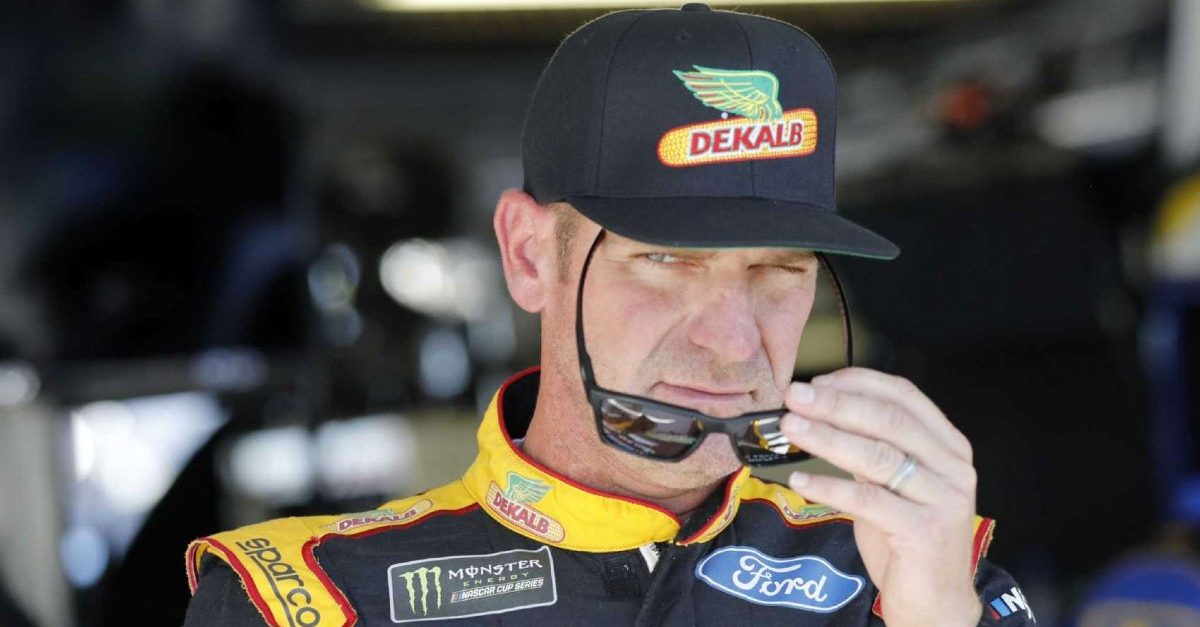 When it comes to seasoned veterans in NASCAR, Clint Bowyer is about as seasoned as they come. The 41-year-old Emporia, Kansas native currently drives for Stewart-Haas Racing in the No. 14 Ford Mustang. Prior to that, he drove the No. 15 Toyota Camry for Michael Waltrip Racing, and, before that, spent around six years with Richard Childress Racing.

He’s always been good behind the wheel, but over the years, he’s evolved into a great NASCAR driver. He’s had a ton of action-packed years during his professional career as a full-time driver, so let’s go over some of his accomplishments and find out just how much the auto racer is worth (Hint: It’s a lot).

Believe it or not, Clinton Edward Bowyer actually started out racing motocross at the early age of five years old, before moving into auto racing. For the eight years that followed, he captured over 200 wins. It wasn’t until 1996 that he jumped into racing street stocks at Thunderhill Speedway in Kansas. He stacked up 18 wins and 32 top-five finishes.

In 2002, Bowyer began racing in the NASCAR Weekly Series, posting 9 polls, 12 wins, and 32 top-five finishes. He eventually went on to be crowned the NASCAR Weekly Racing Series Midwest Champion. He made his first ARCA starts in 2003, and that’s when he first caught the eye of Richard Childress. After his second-place finish at Nashville Speedway, Richard called Bowyer to offer him a job. Thinking it was a joke, Bowyer hung up on him. He received a call back shortly after and realized it was real.

In 2004, he began racing in the Busch Series for the Richard Childress Racing team. He only drove in half of the races, but he brought in a pole position and seven top-10 finishes. He completed his first full Busch season in 2005, where he worked his way up to a second place finish. During this year, they announced that Bowyer would be making his full-time debut in the Nextel Cup Series. He also won his first Craftsman Truck Series race at Texas Motor Speedway.

Clint started his 2007 season with a last-lap crashing finish at Daytona. He finished the race on the roof of his car. He did well with the points this season, but really shined in 2008 when he became the NASCAR Nationwide Series Champion. For the 2009 season, he mainly focused on the NASCAR Sprint Cup Series. Although he pushed extremely hard, he finished up the season with an overall 15th place standing.Bowyer accomplished plenty throughout his career, but his most impactful racing was with RCR.

Clint has won over 200 races and numerous championships. Bowyer even started his own racing team in 2008, and it’s seemed to pay off big for him. He’s also made appearances on popular television shows such as Duck Dynasty and Diners, Drive-ins, and Dives. Additionally, he owns a car dealership in his hometown named Clint Bowyer Autoplex.

Clint has a massive estimated net worth of $40 million. It’s estimated that between June 2018 and June 2019, he earned around $7 million alone. That’s not too shabby for just one year!

Most of his sources of income are from his yearly salary and winnings. The net worth is just an indication of how much work this man has put into his career as a racer. Clint also does a ton of charity work. It’s always awesome to see people who use their fortunes for good!

Life as a professional stock car racing driver isn’t easy, but if you’ve got the talent, the drive, and you can land endorsement deals, you take it pretty far. I think Clint Bowyer’s net worth is right around where it should be, considering everything he’s dedicated to the sport. He’s not quite done yet, so we’ll see what happens with him in the upcoming seasons.

WATCH: The Tragic Life and Death of Candace Muzny