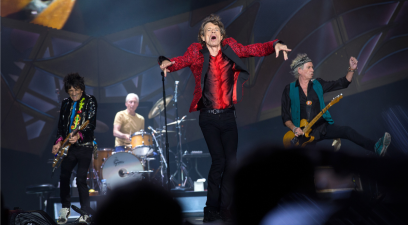 There are plenty of heroes in the racing world. You hear stories all the time about how a racer got their start helping their father out, and hit the track by age 14. These stories are amazing, and truly inspiring.

And then there’s Corry Weller. She started her motocross career in 2001 at the ripe age of 29. She fell in love with UTV in 2008, and she became the first female racer to win a professional short-course series championship in 2012.

Now, you might be thinking that starting a career in competitive motorsports at an age when many people are retiring is maybe a little counter-intuitive. But, for this Chandler, Arizona native, the timing was spot on.

The 800-horsepower side-by-side vehicles she encountered at her first off-road short course event in 2007 were a little out of her price range at the time. However, Corry just so happens to be married to Jason Weller, who with his twin brother, owns Weller Racing. Weller Racing, in turn, is known for their spectacular side-by-side vehicle motor builds, as well as offering a full range of parts for the vehicles.

Corry was able to get her first off-road race entry in the Pro/Modified UTV classes, thanks to her husband’s builds, but once race season started, success was strictly in the off-road racers’s highly capable hands.

On the track, Corry Weller has attributed much of her success to staying cool, making good decisions, and being prepared before she hits the track.

One such decision for Corry was going full-time in the Pro 4 Class in 2012. Sponsored by the Tilted Kilt, Maxxis Tires, and Optima Batteries, she made it to the podium several times in 2012 and 2013.

Where Is Corry Weller Today?

Currently, Corry Weller is a professional short-course racer in the Lucas Oil Off Road Racing Series. She’s been champion in the recently introduced Turbo UTV class in 2018, 2019, and 2020, setting the standard for up-and-coming drivers.

And, while Corry is the first female driver to carry so many diverse championships, she certainly doesn’t want to be the last. She’s commented repeatedly in interviews that she is thrilled to see more and more female drivers stepping up in ATV and UTV racing. While Corry shows no sign of slowing down, she hopes that her legacy inspires other female drivers to start racing…no matter when or how the desire strikes them.