On January 14, 2018, auto racing legend Dan Gurney died at the age of 86 in Newport Beach, California due to complications from pneumonia. In the wake of his death, all you had to do was look at just a few of the tributes that came in to see his incredible impact on the sport of auto racing. Drivers throughout a number of different racing series, including Dale Earnhardt Jr., Darrell Waltrip, and Mario Andretti, immediately took to Twitter to pay their respects to the icon.

We could go on for pages and pages about Gurney's influence on auto racing, and, in fact, there have been a number of books written about his lasting legacy. Here, we'll just give you a brief look at what the late legend accomplished over the years. 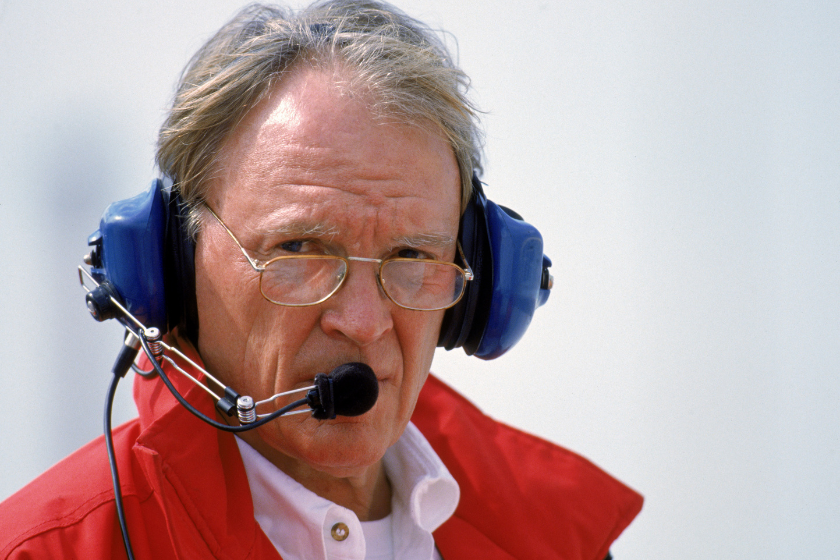 To the modern-day casual racing fan, the name Dan Gurney may not ring any bells. But, over the course of his illustrious and diverse career, he solidified himself as one of the most profound game changers of the time.

Born Daniel Sexton Gurney in Port Jefferson, New York, Gurney moved with his family to Riverside, California as a teenager. This is where he began his obsession with road racing, sports car racing, and eventually, stock car racing. Gurney's love of motorsports from an early age ended up manifesting itself into a spectacular career as a race car driver, race car constructor, and racing team owner.

Along with Mario Andretti and Juan Pablo Montoya, Gurney was the first of only three drivers to ever win races in sports cars, Formula 1, NASCAR, and IndyCar. Gurney also won the 24 Hours of Le Mans with A.J. Foyt in 1967, after which he popularized the post-victory custom of spraying champagne at the podium. The guy was definitely a trailblazer. 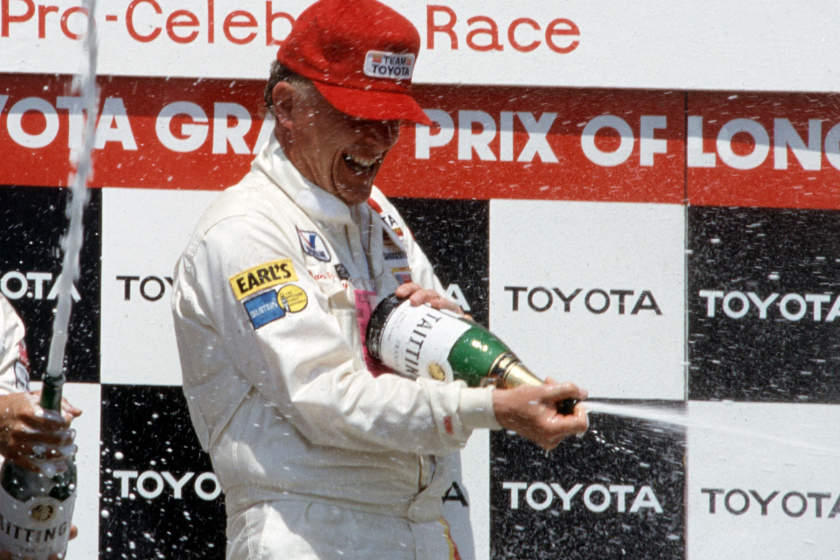 Gurney was also known for his partnership with Carroll Shelby, who teamed up with Gurney to form All-American Racers. As the team owner of the AAR racing team, Gurney also became the first driver to put a simple right-angle extension on the upper trailing edge of the rear wing. This invention later became known as the Gurney flap and became effective in increasing downforce while imposing only a small increase in aerodynamic drag.

Remember the early '80s Burt Reynolds action-comedy film called The Cannonball Run? Well, that was based on an actual race from New York City to Redondo Beach, California. As it turns out, Gurney and his co-driver Brock Yates won the first competitive running of the race in 1971, driving a stock 1971 Sunoco-blue Ferrari 365GTB/4 Daytona coupe. That winning coupe, which is part of a private collection, is valued at several million dollars. Can you imagine getting your hands on that beauty?

Gurney also raced for such teams as BRM, Lotus, and McLaren over the course of his career. With his victory in the Eagle-Weslake at the 1967 Belgian Grand Prix, Gurney became the only driver in history to score maiden Grand Prix victories for three different manufacturers: Porsche, Brabham, and Anglo-American Racers. On top of that, Gurney also competed in the Can-Am and Trans-Am Series.

He won five IndyCar races, and while he raced in seven Indianapolis 500s, his Indy 500 wins actually came as a team owner. Gurney also had five NASCAR Cup Series wins, 10 top-10 finishes, and three pole positions. And that's just out of 16 races run. Oh, and don't forget about his four Formula One World Championship race wins.

Just a brief look at Gurney's resume shows that he had a profound impact on not only American drivers and American racing fans, but on competitors and fans all around the world. How's that for a legacy?