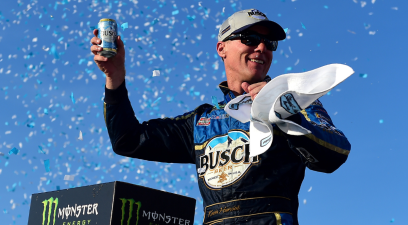 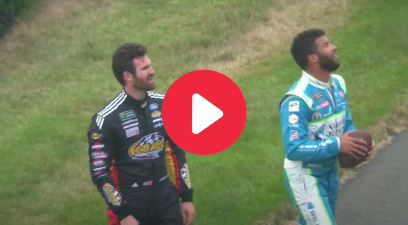 For more than 60 years, the Daytona 500 has not only been a defining race in the sport of NASCAR, but has also gone on to reach lasting significance in the sports world as a whole.

The Great American Race at Daytona International Speedway is the perfect way to kick off the NASCAR season, particularly when you consider all of the energy surrounding it and think about all of the incredible and historic moments associated with the race. One of the many moments that come to mind is Danica Patrick’s historic finish at the 2013 Daytona 500.

Patrick accomplished plenty of firsts during her racing career. She was the first woman to win an IndyCar Series race. She racked up the highest finish by a woman in the Indianapolis 500. On top of that, she was the 2005 IndyCar Series Rookie of the Year and a six-time IndyCar Series Most Popular Driver.

With all that in mind, it’s especially fitting to remember her impressive run at the “Super Bowl of Stock Car Racing,” especially since it happened during her first season as a full-time NASCAR driver.

Danica Patrick Made History at the 2013 Daytona 500

During qualifying for the inaugural NASCAR race, Patrick became the first woman in NASCAR history to clinch pole position. She was an absolute force to be reckoned with that day, as her No. 10 GoDaddy.com Chevrolet stock car flew at 196.43 MPH around the track, while she clocked in a lap time of 45.81 seconds.

Patrick became the first woman to ever lead a lap in the NASCAR Cup Series and stayed within the top 10 for the majority of the race, even reaching as high as third place. After falling back in the final three laps, Patrick went on to rack up an eighth-place finish at Daytona as Jimmie Johnson held off Dale Earnhardt Jr. for the win.

Rounding out the top five in the standings was Mark Martin, Brad Keselowski, and Ryan Newman, Patrick’s teammate at Stewart-Haas Racing. Ricky Stenhouse Jr., who was Danica Patrick’s boyfriend at the time, finished 12th, while Tony Stewart, SHR’s co-owner who celebrated with Danica after her momentous day, finished 41st.

Though Danica’s final NASCAR race would be at the 2018 Daytona 500 — this time driving the No. 7 Chevrolet Camaro ZL1 for Premium Motorsports — she would never be able to best her performance at that historic 2013 Daytona 500. She would finish her career with seven top-10 finishes in the Cup Series and an additional seven top-10s in the Xfinity Series.

Even though Danica Patrick’s NASCAR career is behind her, we’re sure that the former race car driver frequently looks back on that moment at Daytona Beach with an immense amount of pride.

MORE: Danica Patrick Helped Her Pit Crew During a Rain Delay, But Brad Keselowski Thought It Was Hilarious