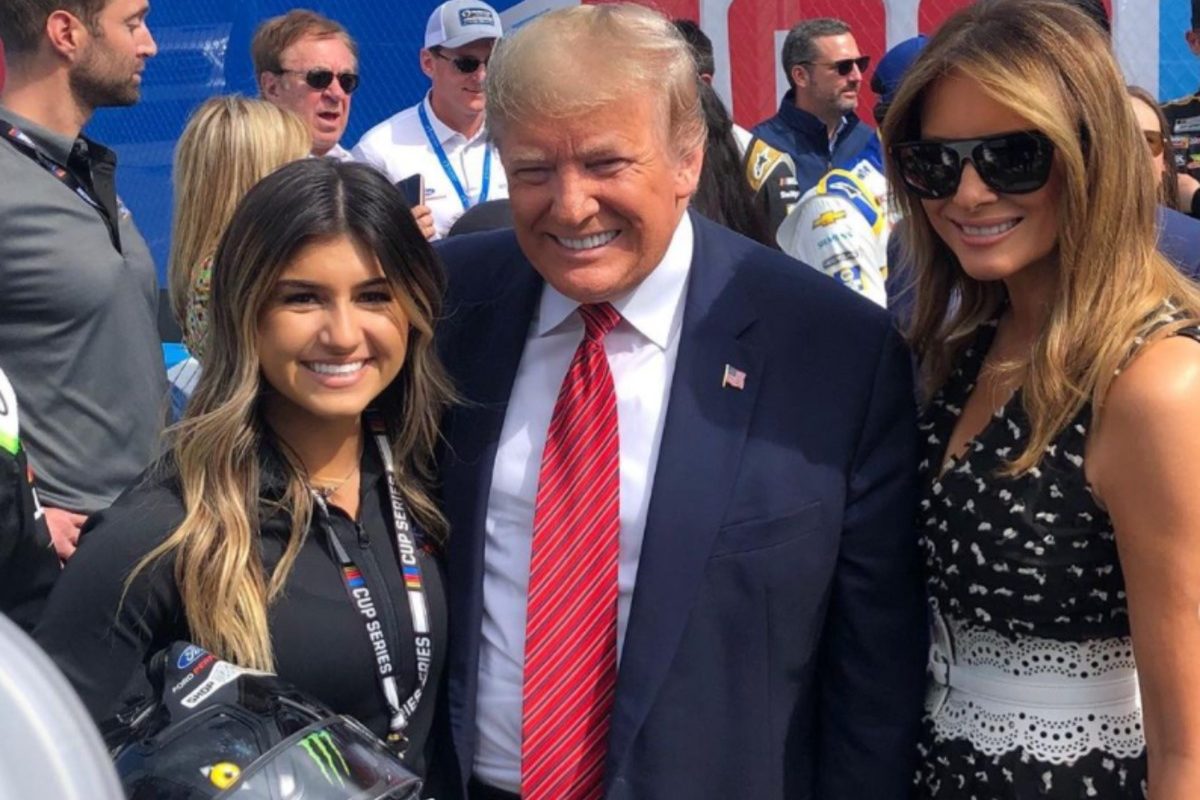 This 2020 Daytona 500 may have been postponed to the following Monday due to a rain delay, but for Hailie Deegan, there was one bright spot that Sunday afternoon. The 19-year-old Deegan, who will drive a full NASCAR Truck Series schedule for Ford Performance for the 2021 season, got her racing helmet signed by former president Donald Trump during the kickoff to “The Great American Race.”

Ahead of President Trump’s appearance at the Daytona 500, Deegan tweeted, “Today?s goal. Get my helmet signed by Trump.” With a little help from Donald Trump Jr. via social media, she did just that.

Nice to meet you too! https://t.co/KjsPdI0ZMJ

Though she wasn’t there to compete in the NASCAR Cup Series season opener in Daytona Beach, Deegan hosted a meet-and-greet at Daytona International Speedway, where she met and took pictures with young fans. Deegan would go from the subject of fangirling to a fangirl herself, after getting a picture with President Trump and First Lady Melania Trump.

“Goal complete,” wrote in a tweet caption, along with a picture of herself and the Trumps.

Deegan also shared a picture on Instagram of the former president autographing her helmet, while drivers Kurt Busch and Ricky Stenhouse Jr. are seen lurking in the background. Maybe they wanted to get their helmets signed, too. Or, just a handshake and a couple words of encouragement.

Trump, who became the second sitting United States president to attend the Daytona 500 after George W. Bush, served as Grand Marshall for the 2020 Daytona 500, giving the iconic “Gentlemen, start your engines!” command. The former POTUS also drove a lap around the track in his presidential limo, nicknamed “The Beast,” after treating thousands of NASCAR fans to a flyover in Air Force One.

As for the 19-year-old Deegan, she’s had quite the motorsports career during her short time in the spotlight. Following a successful stint as an off-road racer, she began her NASCAR career in 2018 in the NASCAR K&N Pro Series West. She became the first female driver to have won races in the West Series, winning in both 2018 and 2019.

In 2019, Deegan debuted in the Arca Menards Series, where she would later claim Rookie of the Year honors in 2020. On October 7, 2020, Deegan drove the No. 17 Ford for DGR-Crosley in the Truck Series race at Kansas. Her 16th place finish marked the best result in Truck Series history for a female driver in a series debut. Now, she’ll be driving a full Truck Series season with Ford.

When Hailie first started making headlines, the daughter of motorcross legend Brian Deegan got comparisons to Danica Patrick right off the bat. But, will the young driver see an even more successful career than Danica? Only time will tell.