Before a driver can race in an NTT IndyCar Series event, they must first qualify. In 2022, there will be 17 IndyCar races, from the  Chevrolet Detroit Grand Prix to the Honda Indy 200 at Mid-Ohio to the Big Machine Music City Grand Prix in Nashville. These races will be held on a total of 15 different track configurations on ovals, road courses, and street circuits.

The qualifying format for an IndyCar race weekend varies depending on the kind of track, and in some cases, the event format. Let's take a look at the different qualifying formats that IndyCar drivers will face in 2022.

How IndyCar Qualifying Works at Ovals 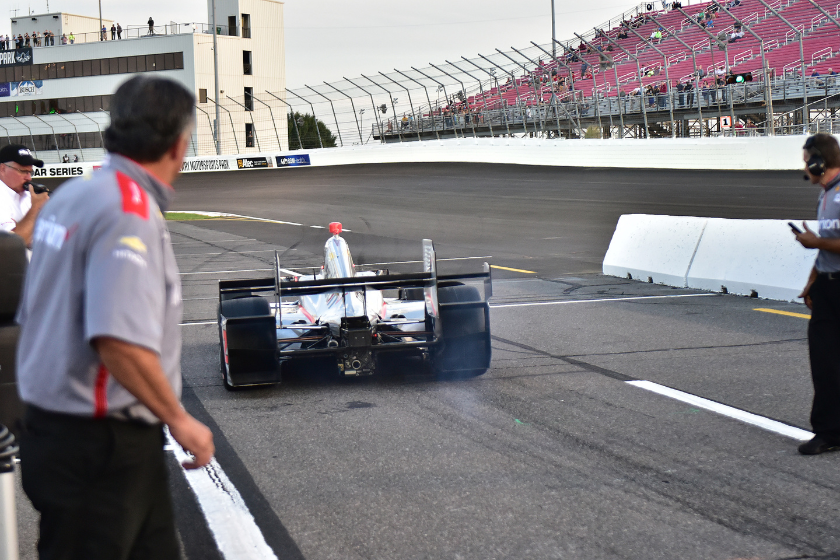 For the oval races at Texas Motor Speedway and Gateway Motorsports Park, IndyCar utilizes a single-car qualifying format with cars qualifying in the reverse order of entrant points. After warmup laps, drivers complete two laps around the track with the fastest average speed earning that driver pole position.

For the doubleheader event at Iowa Speedway, the qualifying procedure is nearly identical except that the first qualifying lap determines starting position for the first race while the second lap does the same for the second race.

If a car fails to start in pit lane in the time allowed following the previous driver's attempt, then that driver will forfeit their chance to qualify and will start last in the race (or races in the case of Iowa). This is why Simon Pagenaud started last in both races at Iowa in 2020 before the Frenchman won the first race of that doubleheader.

At the Indianapolis 500, cars make four-lap qualifying attempts in the order of a random draw on Fast Friday. Cars are ranked by their average speed across the four laps. After all cars have made one attempt, a driver may attempt to improve their qualifying speed by entering their car into one of two lanes on pit road.

The first lane is the priority lane and a driver will immediately be allowed to go on track to qualify after entering this lane. However, that driver's qualifying time will be withdrawn when they leave pit road, introducing a large element of risk if that driver goes slower than their previous attempt. The second lane will also allow drivers to attempt to qualify, but their qualifying times are not withdrawn. Cars in this lane must wait until the first lane is empty before they can attempt to better their speed. Positions 10-30 are locked in after Saturday's qualifying session.

The fastest nine qualifiers and those slower than 30th compete in two separate shootouts in final qualifying the Sunday before the Indy 500. Participants in the Last Row Shootout qualify in the order of the original qualifying draw in a time window set by IndyCar while the Fast Nine Shootout will qualify in reverse order of speed from Saturday's results.

How IndyCar Qualifying Works at Road and Street Courses 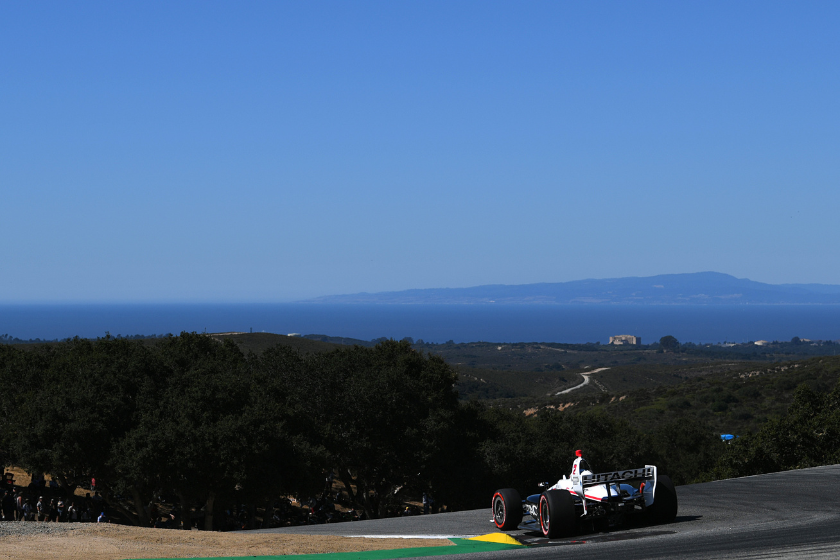 The remaining road and street course races, except for the second race at the Indianapolis Motor Speedway road course, follows a three-round knockout elimination format. For round one, the field is divided into two groups based on the odd and even positions of drivers in the final pre-qualifying practice session. The fastest driver in that session decides which group the odd-positioned drivers will be in with the even-positioned drivers in the other group.

For the second race at the IMS road course, the second round of qualifying is also the final round in a "Firestone Fast Twelve" to determine the first dozen positions on the grid. However, the grid order is subject to change in case of penalties. Race control has various penalties they enforce in case of infractions, and those penalties can affect who advances and who doesn't from one round to the next.

If a driver causes a red flag in any session, that driver loses their best two lap times in that session, and they are not allowed to continue in the session or to advance to the next round of qualifying even if their third fastest lap was fast enough to advance. If a driver impedes another driver in qualifying, the offending driver is subject to the same penalties as a driver causing a red flag. This penalty hurt Felix Rosenqvist in 2019 at Laguna Seca as he had spun in his group in the first round of qualifying. His third fastest lap was quick enough to advance to the second round of qualifying, but by spinning, the Swedish driver impeded James Hinchcliffe of Andretti Autosport who had to slow down.

A driver is also subject to losing their best lap time if they do not slow down enough for a yellow flag caused by another driver. This was a point of contention during the 2021 Long Beach weekend when Rosenqvist and Hinchcliffe advanced to the final round of qualifying ahead of Pato O'Ward, who slowed down for a yellow flag.

Will Power's Team Penske car was stopped on the right side of the track near Turn 10 as the second round of qualifying concluded, necessitating waved yellow flags in the last portion of the circuit. O'Ward was in sixth place at the time and would have advanced to the final round of qualifying had Rosenqvist and Hinchcliffe been penalized. The only driver who was penalized for a speeding infraction was Ed Jones, who would start ninth.

IndyCar's qualifying format is challenging for racers, exciting for fans, and hopefully is less complicated for potential newcomers to the series. Of course, qualifying isn't as exciting as the actual race itself, but folks who understand every part of the IndyCar process, just like with other motorsports like NASCAR or Formula One, can go on to become more diehard fans of the sport and appreciate those major and exciting moments even more when they happen.

MORE: IndyCar Driver Colton Herta Is Only 21 and Already Destined for Greatness