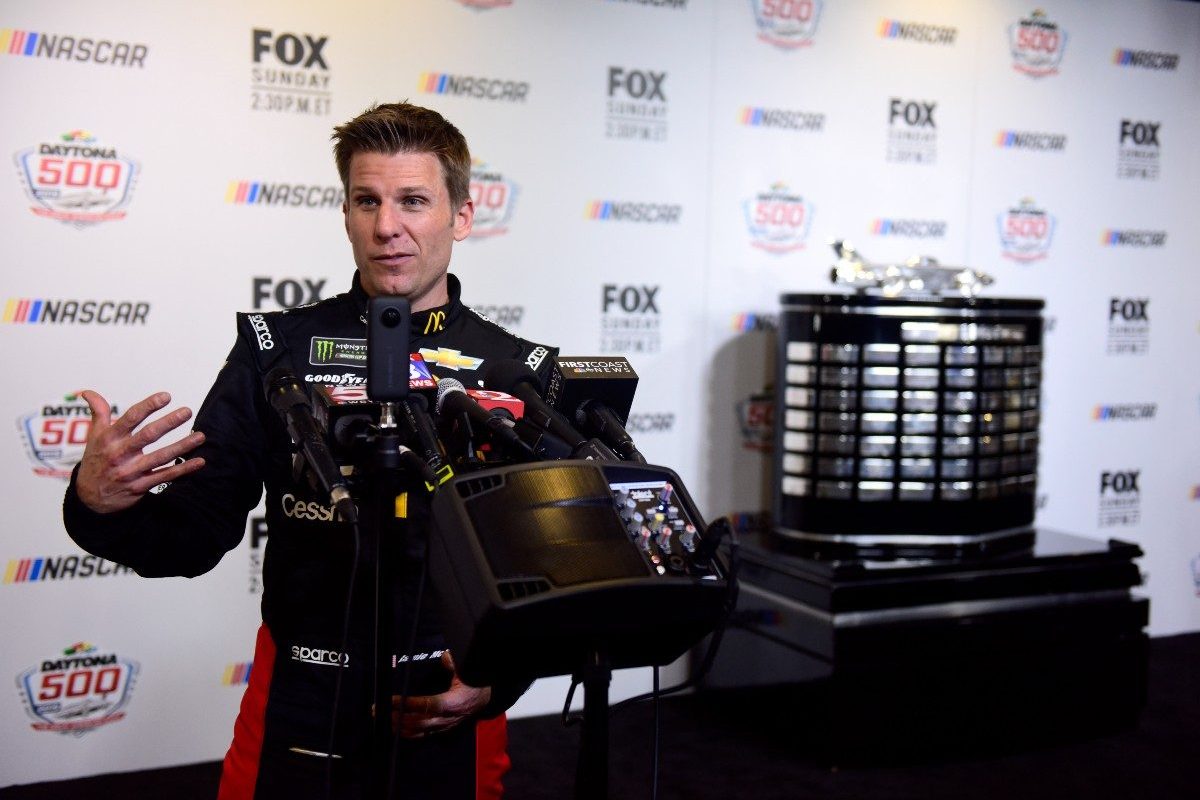 In 2019, former NASCAR driver Jamie McMurray traded in his full-time driving position with Chip Ganassi Racing to work for the NASCAR on Fox broadcasting team. Joined in the Fox Sports studio by such mainstays as Chris Myers, Shannon Spake, and Larry McReynolds, the Joplin, Missouri native is certainly in good company and has proved his talent as a NASCAR analyst in a relatively short time.

Below we’ll take a look at McMurray’s transition from racer to broadcaster, and where you can expect to see him these days.

McMurray has had quite the racing career since he first debuted on the NASCAR circuit back around 2000.

McMurray also racked up another eight wins in the NASCAR Xfinity Series, and one more in the Gander RV & Outdoors Truck Series.

Jamie’s Full-Time Racing Days Are Now Behind Him

In 2018, McMurray hung up his racing suit and the keys to his Chevrolet race car to move on to the next chapter of his career.  Of course, when you still want to be around the raceway without actually driving the car nine months out of the year, you move into broadcasting. That’s exactly what McMurray did. In fact, plenty of former drivers have gone down this same pathway of broadcasting after their racing careers, including Dale Earnhardt Jr., Jeff Gordon, Clint Bowyer, and so many others.

McMurray signed on with Fox Sports after leaving CGR in 2018, and he moved into broadcasting with Fox NASCAR by 2019. You may have seen him appear on the NASCAR Raceday pre-race show at Charlotte Motor Speedway along with the NASCAR Race Hub midweek news show. This wasn’t his first time as an analyst, though, as he filled in spots on the announcer’s booth before on occasional Xfinity Series races before. After being told he was made for television, he wasn’t exactly convinced. While unsure at first, McMurray stated that after getting his feet wet with his first show on Fox, he enjoyed being in front of the camera.

For the 2020 season, on top of being a weekly analyst and doing pre-race shows, McMurray added even more to his schedule by making his Xfinity race broadcasts much more frequent since the big return after the long break during the COVID-19 pandemic.

Now, McMurray hasn’t completely given up racing for good, having competed in the 2019 and 2021 Daytona 500. In 2019, he drove the No. 40 Chevrolet Camaro for Spire Motorsports and placed 22nd, while in 2021 he drove the AdventHealth-sponsored No. 77 Chevy for Spire and placed 8th. Jamie may do more talking than racing these days, but the man has still knows how to put in a solid run at Daytona International Speedway.

When he’s not racing or working with his colleagues in the studio, McMurray is spending time with his wife Christy and their two children, Carter and Hazel.

MORE: Mike Joy Has Seen It All During His 50-Year Career as a NASCAR Broadcaster