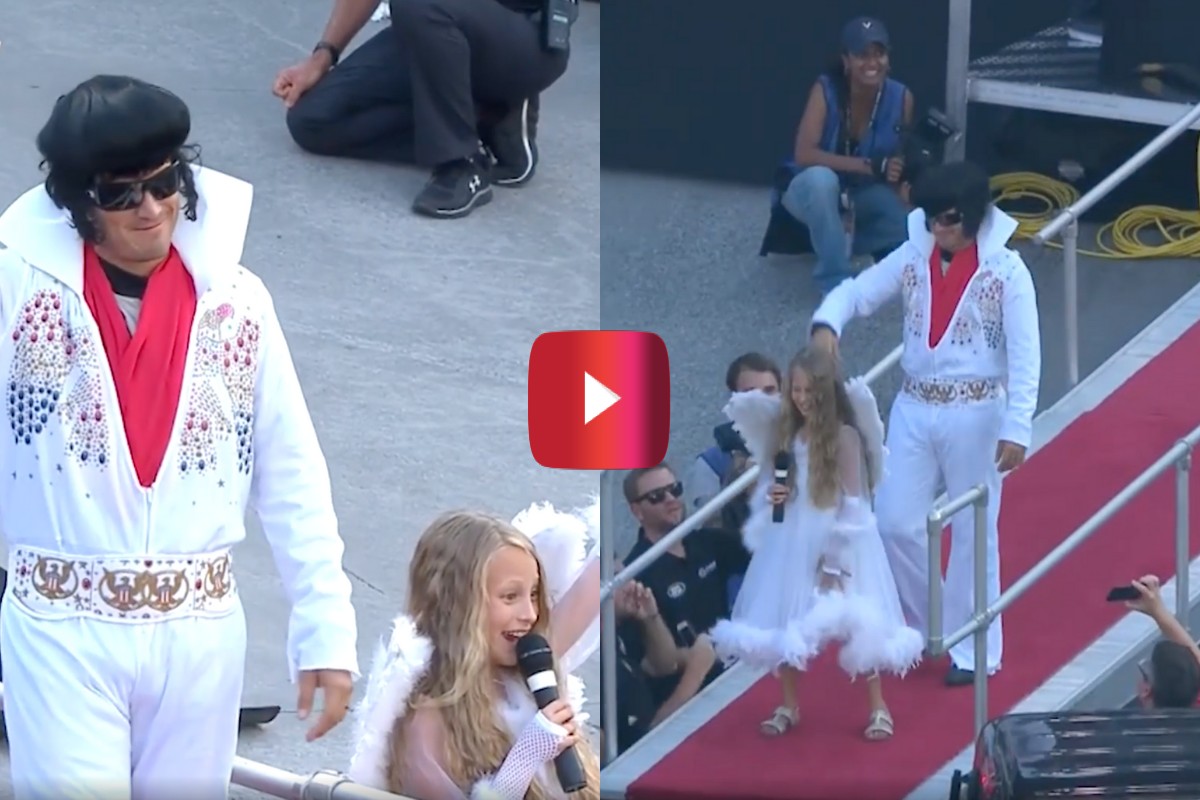 Let’s face it, introductions at a NASCAR race can be a little bit boring at times. However, that’s not the case at Bristol Motor Speedway. In fact, Bristol normally has some of the most intriguing introductions you’ll ever see, and it’s a highlight in itself to watch.

Many drivers have stood out over the years, but very few have ever matched the excitement that NASCAR driver J.J. Yeley brought during the 2015 NASCAR Sprint Cup Series race. His daughter Faith ended up stealing the show, and their appearance together quickly appeared on NASCAR.com and became a trending topic of discussion. Check out the short video from Bristol below!

Who better to introduce BK Racing driver, J.J. Yeley, than his own daughter? It was a perfect way to get the race going, and it was topped off with an impressive Elvis Presley costume worn by the man himself. He continued to walk down the red carpet with Presley?s rendition of ?Devil in Disguise? playing in the background. Many fans even noted that he appeared strikingly similar to Dale Earnhardt Jr. with the costume on, and I’d have to agree with that comparison.

Faith may be young, but she absolutely nailed this introduction with charisma and charm, winning the hearts of many motorsports fans who witnessed it. My assumption would be that she was also on pit road for the remainder of the race, and what’s cooler than hanging out near the crew chief watching your dad do what he does best. From qualifying to the official race, she continued to motivate her father even while he was behind the wheel.

While the introduction performance was impressive, unfortunately it didn’t bring too much luck as Yeley’s Toyota race car ended up in 32nd position in the final results due to a crash that occurred mid-race. Matt Kenseth, Jimmie Johnson, and Jeff Gordon would go on to take the first, second, and third place, respectively.

While Daytona, Darlington, Dover, and Indianapolis all have no shortage of race action, there’s really only one race that gives you the true entertainment during the introductions, and that’s Bristol. Yeley and his daughter certainly knocked it out of the park with this one, so I’ll give them credit for the creativity. Their father daughter bond is one that any parent should strive to have with their children.