The summer of 2000 was a sad time in the world of NASCAR.

On May 12 that year, Adam Petty was killed during a practice session for the Busch Series race at New Hampshire Motor Speedway. As his car was going into turn 3 of the track, Petty's throttle had stuck wide open, which caused the car to hit the outside wall head on. The 19-year-old Petty was killed instantly.

Many NASCAR fans recall Adam's death, as he was the son of Kyle Petty and the grandson of seven-time champion Richard Petty. Fewer fans, however, remember the tragedy that occurred less than two months later, when Kenny Irwin Jr. was killed during a practice session at NHMS. He was 30. What makes Irwin's death even more heartbreaking is the similarities with Adam Petty's fatal accident. 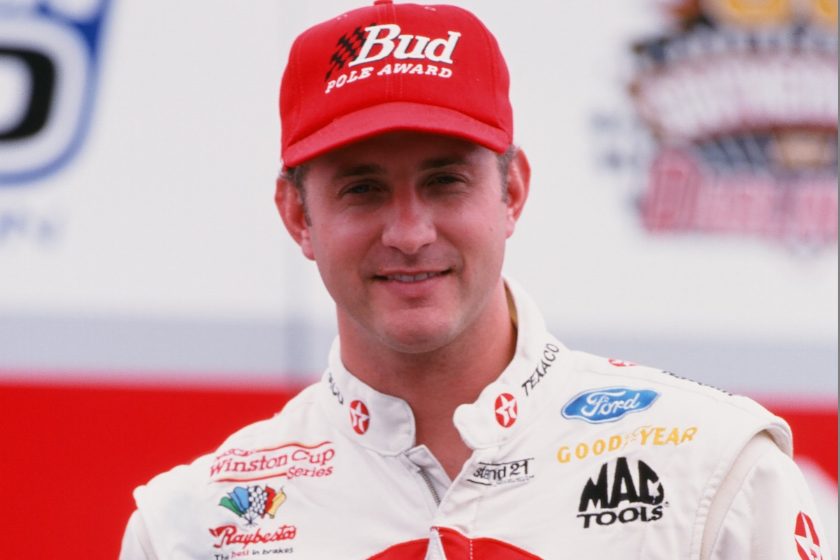 On July 7, 2020, Kenny Irwin was running in a practice session for the thatlook.com 300 at New Hampshire Motor Speedway in Loudon, New Hampshire. As he rounded Turn 3, Irwin's Team SABCO No. 42 Chevrolet slammed head-on into the wall, causing the race car to flip onto its side, sliding for quite some time before later landing on its roof.

Kenny died instantly of a basilar skull fracture. It was a month before his 31st birthday.

Irwin's accident was said to be caused by a stuck throttle, the same malfunction behind the crash that had killed promising NASCAR driver Adam Petty two months prior. As misfortune would have it, Irwin suffered his tragic fate at the same track and at the same exact spot on the track as Petty.

Tony Stewart, who was one of Irwin's biggest rivals during his driving career, would end up winning the thatlook.com 300 and donating the trophy to Irwin's parents.

Following his accident, Irwin's car became the No. 01 and was driven by Ted Musgraves for the rest of the 2000 season. Later that year, the Brickyard 400 was run in Kenny's memory. His car would go back to its original No. 42 in 2003 and would see Jamie McMurray behind the wheel.

In Kenny's honor, his parents founded the Kenny Irwin Jr. Foundation and the Dare to Dream Camp for underprivileged children in New Castle, Indiana, which is right around Kenny's hometown of Indianapolis. 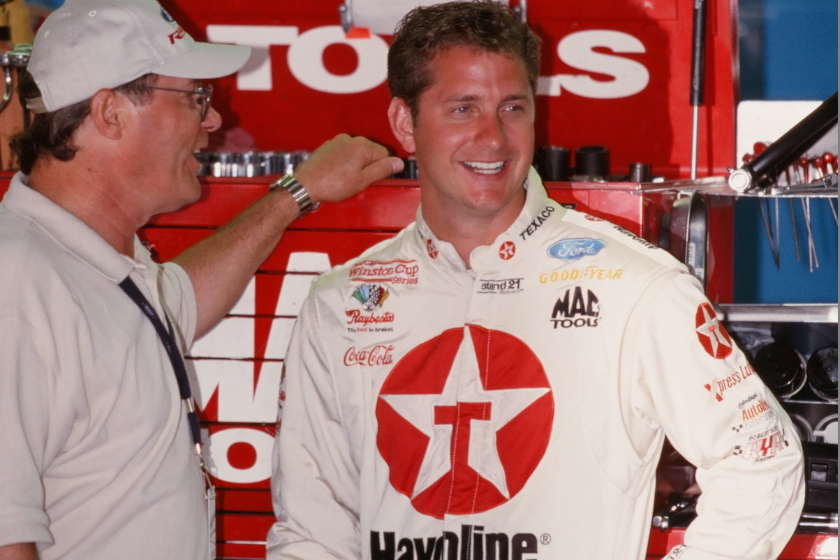 Kenny Irwin Jr. really started to find his footing in the auto racing world in the early '90s, when he began his career in the USAC. Winning the USAC Sprint Car Series Rookie of the Year in 1993, he also went on to earn seven career series wins. Irwin was the USAC Silver Crown Series Rookie of the Year in 1994 and, the following year, he finished second in the USAC standings. The year after that, Kenny was the USAC National Midget Series champ.

Irwin made the NASCAR jump in 1997, running his first full-time season in the NASCAR Craftsman Truck Series. He racked up two wins, seven top-five finishes, and 10 Top-10 finishes, ultimately placing 10th in the final point standings and winning Rookie of the Year honors.

He also snagged his first NASCAR Winston Cup Series ride towards the end of the '97 season, driving the No 27 Ford for David Blair Motorsports in four races. In his first race, the Federated Auto Parts 400 at Richmond Raceway, he placed eighth. DBM team owner David Blair had high praise for Irwin following his first season, comparing him to one of the biggest legends in NASCAR history.

"Everyone has been hoping to find the next Jeff Gordon, I think we found him," team owner David Blair said.

Irwin made his first full-season debut the following year with Robert Yates Racing, earning a 19th-place finish at the Daytona 500 in the No. 28 Ford. Irwin fortunes would significantly improve at the inaugural Cup race at Daytona International Speedway the following year, when he placed third. It would be the best finish of his short NASCAR Cup Series career.

Despite a streak of bad finishes in the middle of the 2000 season, Irwin's stock was predicted to rise, as Chip Ganassi had just purchased a majority interest in Robert Yates racing. Sadly, Kenny Irwin's NASCAR career ended far too soon.