If there's a hot-button issue relating to NASCAR, you can count on Kevin Harvick to have an opinion about it, whether it be the safety problems associated with the Next Gen car or Dale Earnhardt Jr.'s legacy. So, when the talk of the town became Kyle Busch signing with Richard Childress Racing, you better believe that "Happy Harvick" was there to offer his two cents on the matter.

During a press conference last Friday ahead of the race at Bristol Motor Speedway, Harvick praised the signing, while also saying that Stewart-Haas Racing should've been more proactive in courting the two-time Cup Series champion.

"If it was my move, I would have been way more aggressive in trying to make sure (Busch) was on our team," said Harvick, who drives the No. 4 for SHR.

Some might say that Harvick's comments were a veiled jab at SHR co-owners Tony Stewart and Gene Haas for not pursuing Busch more seriously. But, Harvick realizes that Busch, who owns a Truck Series team, has a more complicated situation than most. Since Kyle Busch Motorsports is switch from Toyota to Chevrolets and Stewart-Haas competes in Fords, the game of manufacturer musical chairs would've certainly been a tricky situation to navigate.

Even though he would've loved to have had Kyle Busch as a teammate, Harvick thinks that the former Joe Gibbs Racing driver will be a great fit for RCR.

"Richard loves to win," Harvick said. "Even when Kyle finishes second, he's mad and that's very Richard Childress. Richard may do a better job of covering it up and talking about it. Richard Childress is a hardcore racer. He has no intentions to do anything else other than win. I think that the move he just made shows you that." 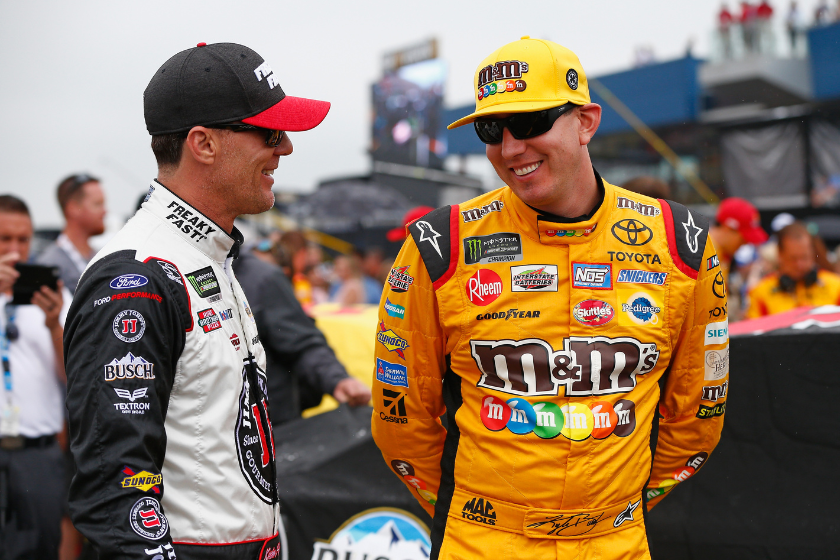 Now, it's no secret that Kevin Harvick and Kyle Busch have had their feuds in the past. If you race in NASCAR's highest level for long enough, that's bound to happen. During a Truck Series race at Darlington Raceway back in 2011, Harvick went as far as getting out of his car in pit stop and hitting Busch in the face. Afterwards, when asked if the pair would ever smooth things over, Harvick responded, "That probably won't ever happen."

Going from that to teammates seems pretty wild, but 11 years is a long time, and you know what they say: time heals all wounds. And, just like Richard Childress, Kevin Harvick would've been willing to overlook past beef if it means having a driver who, as Harvick worded it back in July, "literally could rebuild an organization."