A comprehensive rule change from NASCAR isn't enough to keep Kevin Harvick from speaking about the glaring safety issues with the Next Gen car. Last Wednesday, three days after Harvick's "crappy-ass parts" rant following his fiery wreck at Darlington, NASCAR announced changes to the engine panel in an effort to curb car fires.

That's all well and good for Harvick, but during a Saturday appearance at the media center ahead of the race at Kansas Speedway, the Stewart-Haas Racing driver made it clear that NASCAR's communication process regarding safety issues and subsequent fixes needs to be way, way more transparent.

"There needs to be some better leadership on just the whole safety situation, and my road is shorter than most everybody's in here," Harvick said. "After the whole fire thing at Darlington -- the reaction on Tuesday was drastic -- but way too late."

"So, we look at the fire problem and I start digging through how that whole thing had transpired and gone down, and you look at the car, and you start asking questions. Why did everything melt? Well, this is really not 100% fire resistant. Here's the coating that we presented a couple months ago after Chase (Briscoe's fire) and it's been rejected. Now, this week, it's all in there."

"We need a louder voice. As I sat and thought about it this week, it really needs to have more of an independent group that makes the decisions on how to implement things and how to go through a process that's outside of NASCAR and the teams because NASCAR is slow to react, and the teams are always worried about money. That doesn't do anything for the drivers." 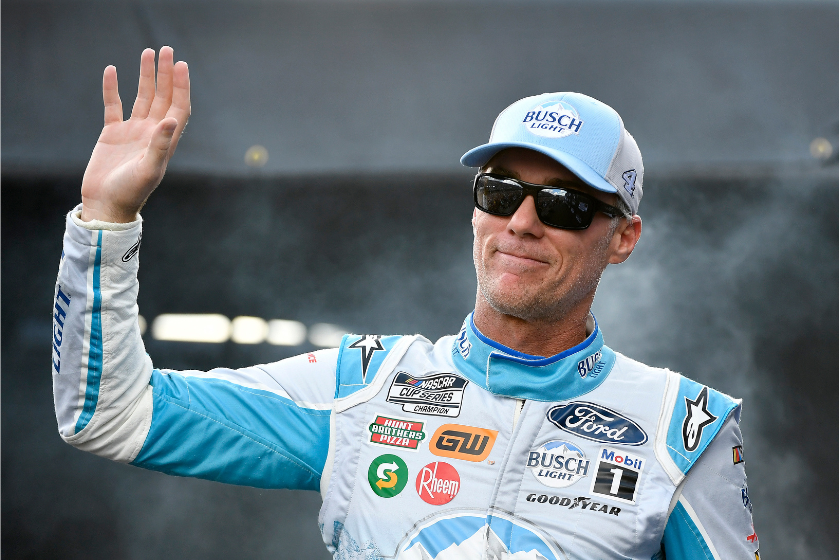 Unfortunately, Harvick's vocalizing his frustrations over NASCAR's safety problems didn't serve him well at Kansas on Sunday, as the driver of the No. 4 ended up placing dead last in the playoff race after crashing into a wall during a heated battle with Bubba Wallace and Ross Chastain. Harvick will need a win at this week's Bass Pro Shops Night Race at Bristol Motor Speedway if he hopes to make the Round of 12 cut. When asked about that prospect, Harvick replied in true veteran fashion.

"It is what it is," Harvick said. "We were racing to win anyway today, so that is what we will do again next week."

Harvick has recently performed well at the Bristol night race, having placed second last year and first in 2020. Here's just hoping he'll be able to avoid any extracurricular incidents, like another car fire or a run-in with former rival Chase Elliott, who he infamously beefed with last year at Bristol.