On Friday night, Kirk Shelmerdine will officially be inducted into the NASCAR Hall of Fame alongside Matt Kenseth, the 2003 Cup Series champion, and 95-year-old Hershel McGriff, who was named in the "NASCAR's 50 Greatest Drivers" list released in 1998. Unlike his two co-inductees, Shelmerdine is not being honored for what he did behind the wheel of a stock car, but rather for his prowess as a NASCAR crew chief.

From 1977-1992, Shelmerdine ruled the pits in NASCAR's highest level, and he accomplished the most during his stint at Richard Childress Racing. The now 64-year-old Philadelphia, Pennsylvania's career would intersect with NASCAR's arguable GOAT: Dale Earnhardt. "The Intimidator" raced for RCR from 1984 until his untimely death in 2001, and during that time, he racked up 44 Cup Series wins and four championships with Shelmerdine as his crew chief.

Now, it could be argued that a NASCAR driver can only truly reach legendary status if he has an equally skilled crew chief. A chief who knows how to maximize their driver's talent and make the necessary changes that can lead to continual Victory Lane appearances. For Richard Petty, that crew chief was Dale Inman. For Jimmie Johnson, it was Chad Knaus. While they didn't spend their entire careers together, Shelmerdine and Earnhardt had that same chemistry that made them a force to be reckoned with on the racetrack. The two just clicked.

"We knew each other well," Shelmerdine told NBC Sports. "I knew what he liked as far as setups. You had to have the seat just right and the steering wheel just right. Now you have a whole team of scientists working on that stuff. But, it was important for us to get it right back then. The races were long."

"We knew we wouldn't go to the track and fight the same things every week. I understood his feel, and we gauged the cars the best we could for that. When we unloaded, we were usually pretty good." 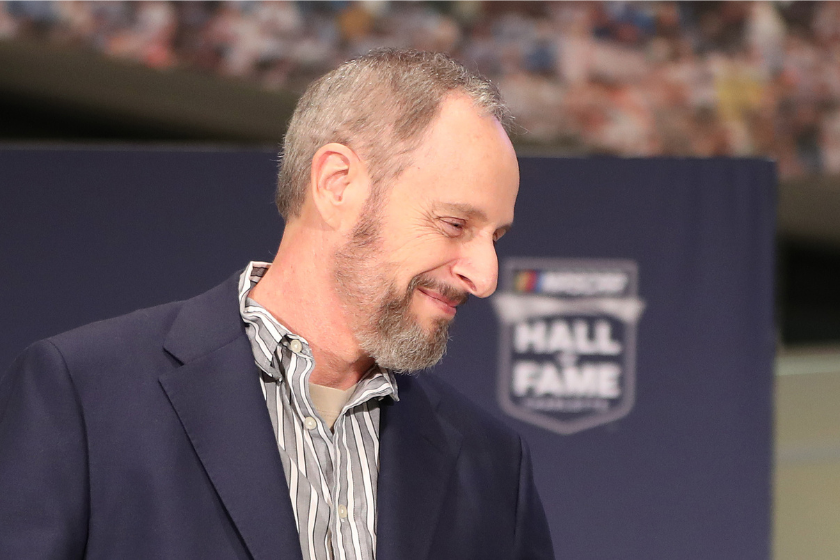 As Shelmerdine tells it, he and Earnhardt crafted that winning formula through repetition and effective communication. It also helped that Dale was extremely knowledgeable about the mechanical aspects of NASCAR.

"Over time, I watched an awful lot of laps that guy made," Shelmerdine said. "I could almost tell by how he was running in the corners if the car was good or not and what the problem might be. I already had a couple of ideas already in the bullpen to use on the next pit stop. He had built his own cars for years and years and understood the mechanical part well. It became easy to read each other."

While it may have been easy for Earnhardt and Shelmerdine to read each other, some things are just better understood than explained. Like what exactly made Dale Sr. so great. There's not a simple one or two sentence answer for what made Earnhardt such a dominant racer, but according to Shelmerdine, he had the intangible qualities of a champion that you just can't teach.

"It's tough to put your finger on that," Shelmerdine said. "I don't care who you are -- you have to trust the guys who are building your car for you and understand that they're on your side. It can be lonely out there if the crew guys don't like you. We knew he was going to run good no matter what, and he gave 100 percent. He inspired confidence. We won and lost together."

MORE: Tony Stewart's NASCAR Hall of Fame Speech Featured a Hilarious Shout-Out to All His Ex-Girlfriends