For months, it seemed like the hottest off-the-track story in NASCAR was Kyle Busch's problems with Joe Gibbs Racing. Eventually, the two-time Cup Series champion found a home at Richard Childress Racing for the 2023 season. But, the tumultuous time caused by Busch's falling out with JGR really took a toll on the 37-year-old Las Vegas native, specifically since he spent 15 years with the team that he now feels turned his back on him.

During last Thursday's episode of the USA Network documentary series Race for the Championship, Busch opened up about how painful it was to have his relationship with Joe Gibbs, JGR's longtime owner, sour the way that it did.

"Something that is so disappointing to me, and so hurtful about this whole situation with JGR, is they were like family," Busch said. "For 15 years, Joe had my back in the stupidest of moments that Kyle Busch was. Like, he was there for me and it's gone. It just flipped and gone and it's like nothing I've ever been a part of." 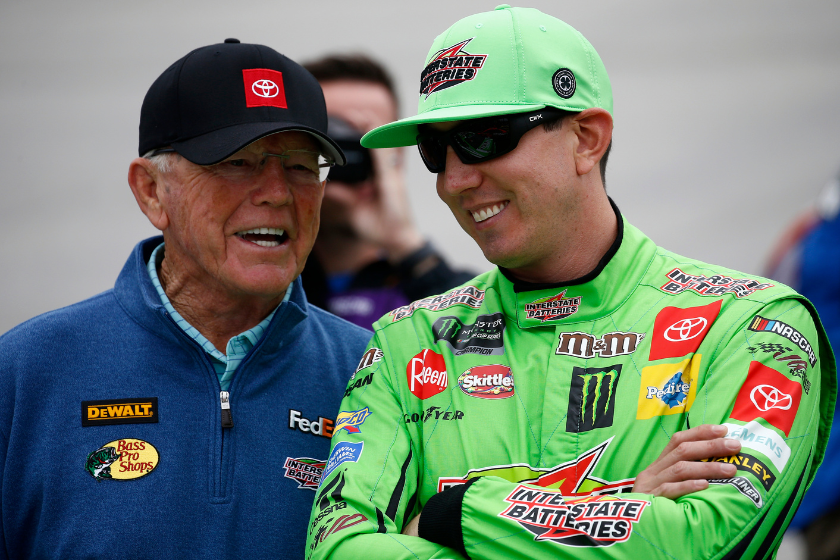 Busch has never had a winless season in the Cup Series, and he's ready to continue his impressive streak with Richard Childress Racing. Even still, Busch would be lying if he said he wasn't a little bit nervous about the prospect of changing teams this late in his career. After all, he did get 57 of his 60 Cup wins with JGR.

"What's crazy is to be in this position in someone's prime," Busch continued. "Change is scary, right? You've been in a place for 14-15 years that you've built into winning races, winning championships. Going somewhere else is scary."

Despite the scary change that Busch is faced with, most signs point to the fact that he still has plenty of time left to leave his mark on NASCAR's highest level. Chief among those who refuse to count him out is NASCAR Hall of Famer Dale Earnhardt Jr. During Episode 8 of Race for the Championship, Junior argued that Busch has a lot more impressive runs left in the tank.

"If I was gambling on this, I would absolutely put all my money on the table that Kyle Busch has at least five to six more peak years," Earnhardt said. "Not good, but at his top. He's as hungry as he's ever been, he's got a chip on his shoulder and he's absolutely gonna prove to the world that somebody made a mistake and he's still got what it takes."