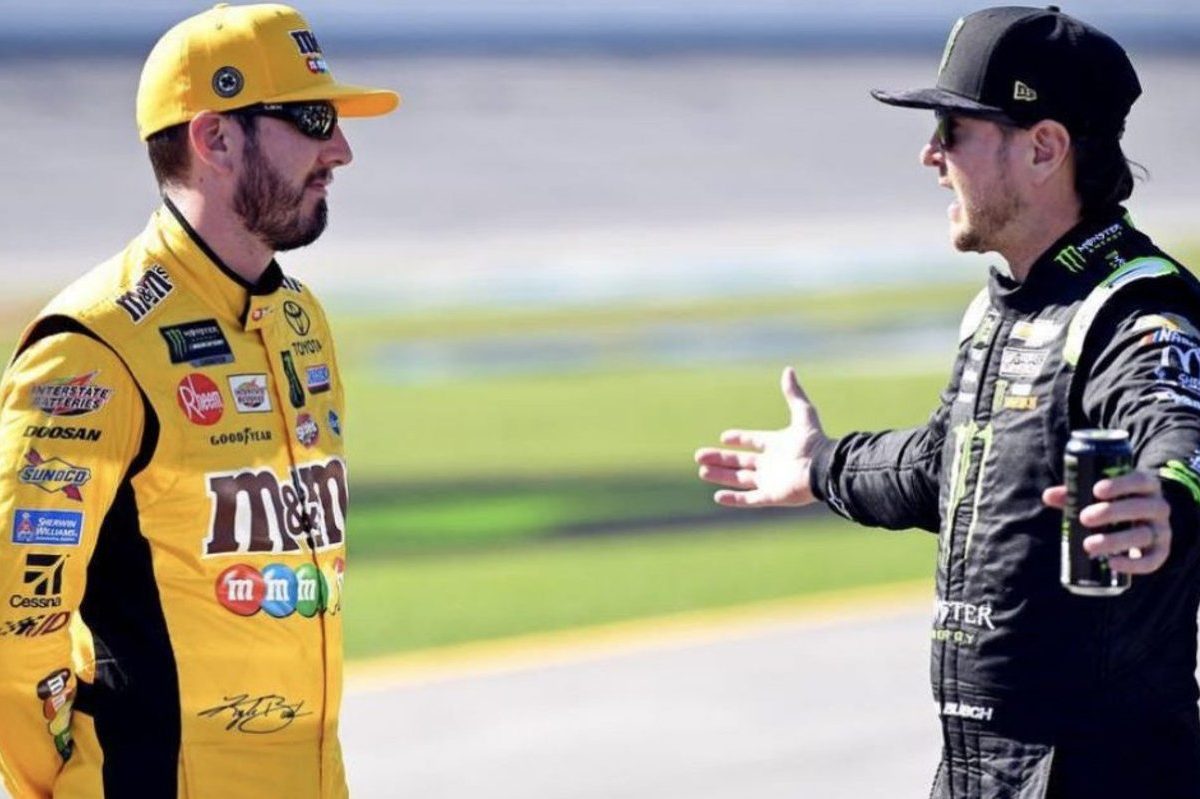 The Busch brothers have been in the spotlight for quite some time now, with Kurt Busch starting his NASCAR career back in 2000 and Kyle Busch kicking his off back in 2003. Brothers will usually always butt heads no matter what the circumstances, but when you’re competing against a brother on a national stage, the likelihood of things getting contentious only goes up.

Sure, Kurt and Kyle have had their dust-ups both on and off the track, but on Episode 6 of the CMT reality show Racing Wives, we got a fairly wholesome look at what their relationship is like.

At one point in the episode, which was filmed ahead of the 2018 Coke Zero Sugar 400 at Daytona International Speedway, Kyle and Kurt are enjoying dinner with their wives, Samantha and Ashley Busch, and share a moment of brotherly love.

Samantha and Ashley have been working tirelessly to bring Kurt and Kyle closer together and it is starting to pay off! 👯

An all new episode of #RacingWives starts at 10/9c on @CMT! pic.twitter.com/zCzBFxLdJ9

As Samantha Busch points out about the Busch bros in the above clip, ?I think early on for both the boys, it was really hard to separate competition on the track and then coming off the track.”

“And so that just kind of put some hurdles in the relationship,” the Kyle Busch Motorsports co-owner adds. “And I don?t think that it was intentional, but it happened. On top of it, it?s super, super competitive.”

Speaking of one of the more “super, super competitive” times between Kyle and Kurt, what happened during the 2007 All-Star Race tells you basically all you need to know. But, hey, at least they seem to get along now.

Per For the Win:

The perfect example of competition getting in the way was back at then 2007 All-Star Race ? a NASCAR exhibition event in May with $1 million on the line for the winner. Kurt and Kyle wrecked each other, and, as SB Nation reported in 2010, they didn?t speak until Thanksgiving when their grandmother intervened.