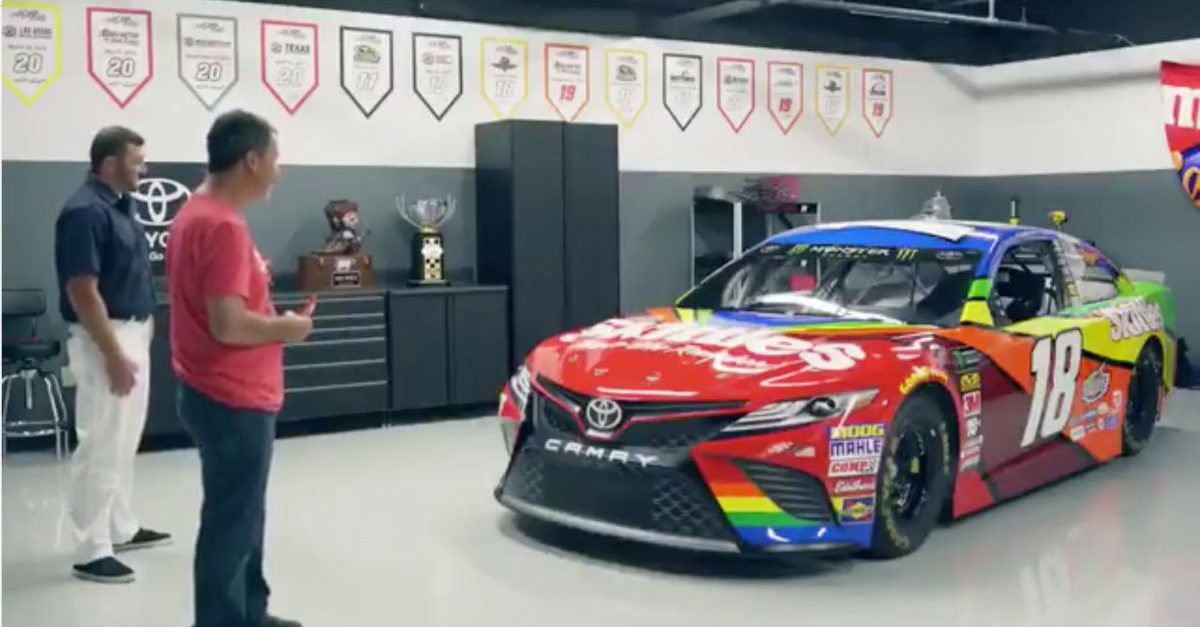 Kyle Busch has finally revealed his No. 18 Toyota Camry’s paint scheme for the Bojangles Southern 500 at Darlington Raceway on September 2, and it’s a sleek-looking tribute to none other than Ernie Irvan, who had a phenomenal Cup Series run in the ’90s, but was forced to cut his career short due to head injuries.

With a little help from Irvan himself, Rowdy revealed the Skittles throwback scheme in a Twitter post Wednesday, and I’d be lying if I said I wasn’t excited to see this thing in action come September 2.

This is how you do a @Skittles Darlington #NASCARThrowback scheme! #partner pic.twitter.com/e3k7CGLyXi

Read More: Jimmie Johnson?s paint scheme for Daytona is nothing short of badass

Irvan drove the Skittles car from 1998 to 1999 — but never recorded a top-five finish in it — before driving the M&M car. Unfortunately, he wouldn’t drive that car for too long either, since it was in August of ’99 that Irvan announced his retirement following a head injury.

Since it was at a tearful press conference in Darlington, South Carolina that Irvan called an untimely end to his NASCAR run, it’s only fitting that Busch pay tribute to Irvan at Darlington.

Plus, when it comes to NASCAR paint schemes, even though it doesn’t have the most winningest record attached to it, the Skittles car looks pretty damn good on the track.

A Career Cut Short by Injury

With 15 wins (including the 1991 Daytona 500), 124 top-10 finishes, and 22 poles, Ernie Irvan showed himself to be a fairly dominant Cup Series competitor throughout the ’90s. A recipient of numerous awards and inductee into a host of hall of fames, he was named one of NASCAR’s 50 Greatest Drivers in 1998.

During a practice session at Michigan in August 1994, a cut right front tire caused Irvan to crash into the turn two wall at 170 MPH. The wreck nearly cost Irvan his life, as he was diagnosed critical brain and lung injuries and was only given a 10% chance of survival.

Irvan not only survived his injuries, but continued to race well for five more years.

As misfortune would have it, exactly five years after his near-fatal crash at Michigan, Irvan crashed again during a practice session at Michigan. He sustained a mild head injury and a bruised lung, but for the sake of his family, Ernie Irvan announced his retirement in Darlington two weeks later.