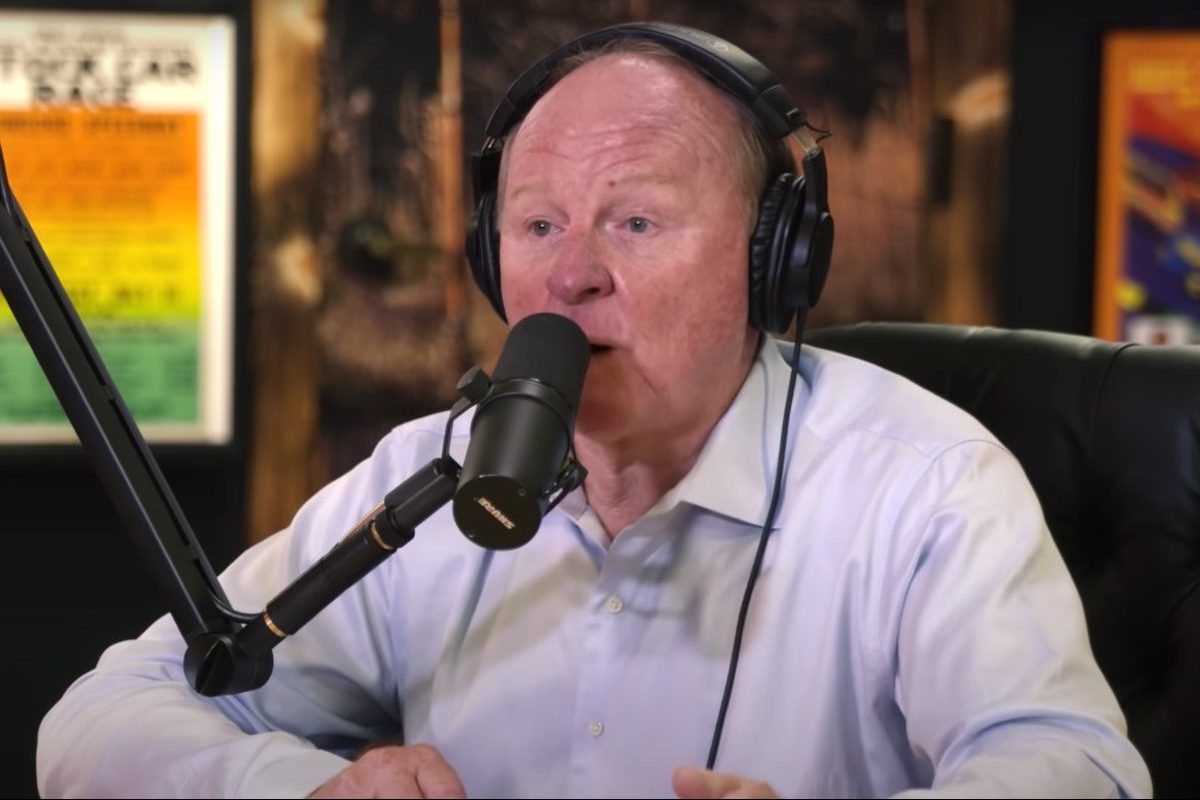 You know, NASCAR broadcasters don’t just appear out of nowhere. Each one of them has had an exciting past revolving around motorsports and stock car industries that makes them qualified for the job. Former NASCAR crew chief Larry McReynolds, a.k.a. Larry Mac, is no exception to this.

We’ve seen McReynolds in the broadcast booth since 2000, when he made the big move in his career. Before he started announcing, though, he held a much different job on race day. Let’s look back at what he’s been up to over the years, and what makes him so qualified as a broadcaster.

Born in Birmingham, Alabama, Larry began his NASCAR career back in 1975. It took 10 years of working up the ranks, but he eventually landed a spot as a crew chief by 1985. Only three years later, he achieved his first Cup win at Watkins Glen International with driver Ricky Rudd.

In 1991, he became the crew chief for Robert Yates Racing with their talented driver Davey Allison. McReynolds established himself as a winning crew chief while he worked with Allison. Together, they found themselves on victory lane often, bringing home 11 victories and three pole positions in the two years that followed. This success included wins in the 1992 Daytona 500, the NASCAR All-Star race, and the Winston 500.

Unfortunately, after Allison’s tragic death in 1993, they had to find a new driver to fill the position. This is when Ernie Irvan came onboard. Almost immediately, they started to see success. Irvan won two of the nine races he ran, and also got six top-five finishes. He won three more races the following year, and it almost appeared as if he was on track to take the championship from Dale Earnhardt. As if a black cloud was lingering over their heads, Irvan eventually ended up having a bad crash that required some time away for recovery. They used substitute race car drivers, including Dale Jarrett, for the rest of the season

Things were slow, and although Irvan returned to driving in 1995, he still spent most of it recovering. An opportunity came up for McReynolds to work on Dale Earnhardt’s team, after former crew chief Andy Petree left to form his own racing team. While working here, he got the honor of being on pit road for one of Earnhardt’s biggest wins at the 1998 Daytona 500.

McReynolds saw so much success as a crew chief in the NASCAR Cup Series that he was selected to the Copenhagen/Skoal All-Pro team with an all-star crew for five years in a row. On top of that, he even earned the 1998 UAW GM Teamwork of Excellence award.

At the end of the 2000 season, McReynolds decided to leave the Richard Childress team and joined on with Fox Sports in the booth, alongside Mike Joy and three-time Winston Cup Series champion Darrell Waltrip.

The trio called tons of races in the Cup Series for NASCAR on Fox from 2001 to 2015, and they were also involved with the Busch Series races from 2001 to 2006. McReynolds also served as a racing analyst for Fox Sports 1’s live race coverage of the Xfinity Series, FS1’s NASCAR RaceDay, and NASCAR Race Hub. He was also a longtime panelist on TNT for the Sprint Cup Series, NASCAR Trackside, and NASCAR Performance. Larry McReynolds can also be found on SiriusXM NASCAR Radio. He is a co-host with Danielle Trotta on the daily program.

The broadcaster was awarded with other achievements, including being inducted in 2008 to the Oceanside Rotary Club Hall of Fame in Daytona Beach, Florida. He’s written multiple books, and he was even featured in the popular movie Talladega Nights with Will Ferrell, where he played himself.

With all his experience, Larry Mac is the perfect person to have in the broadcasting booth during races. He knows what these teams are going through, and provides awesome insight into the world of stock car racing.