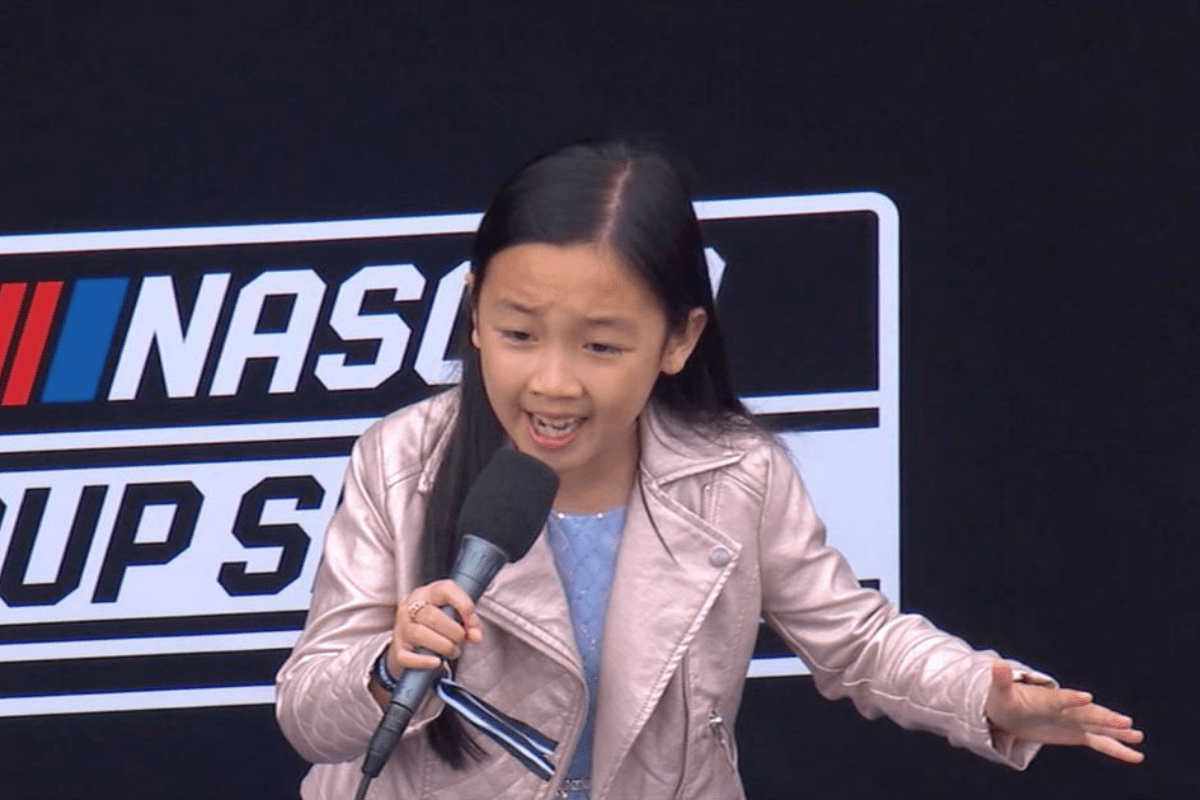 At the Auto Club 400 back in March 2020, Malea Emma’s powerful performance of The Star-Spangled Banner definitely set the tone for an exciting afternoon of NASCAR racing.

Malea Emma, whose full name is Malea Emma Tjandrawidjaja, has been singing since she was one and told CBS News back in 2018 that she wants to be ?a singer, doctor, actress, violinist? when she grows up. Talk about dreaming big!

While Malea has been singing the National Anthem at sporting events for quite some time, it was her National Anthem performance at StubHub Center Stadium (now Dignity Health Sports Park) ahead of the LA Galaxy-Seattle Sounders MLS Game that caused her to blow up on social media and put her on the map.

After seeing Malea’s interview on ABC World News following her viral performance, Ryan Seacrest got the ball rolling and scored Malea a special audition on American Idol in 2018.

?She went full Christina Aguilera,? said Seacrest, recalling the auditions. ?They [the judges] loved it; they thought it was very cute.”

After her appearance on American Idol, Malea’s star power has only increased. Since then, she has done everything from a duet with Jennifer Holliday on Good Morning America to honoring the late Kobe Bryant at the Staples Center for a Atlanta Hawks/Los Angeles Lakers game. She also has a single out with Ariana Grande and has also guest starred in such Disney Channel shows as Coop and Cami Ask the World and Raven’s Home.

We can’t wait to see what this little superstar does next!