NASCAR is a sport steeped in tradition. Though motorsports might not seem like the right arena for sentimentality, NASCAR fans will be quick to share with you their favorite feature of every racetrack. Come race weekend, they'll be quick to grab their Official Race Socks, don their Official Race Cap, and do whatever chant, dance, or ritual that has historically provided their favorite driver with the winning edge. Allegedly.

But, one NASCAR tradition comes from the concession stand at Martinsville Speedway in Virginia: the official NASCAR hot dog.

It's a Red Hot Dog 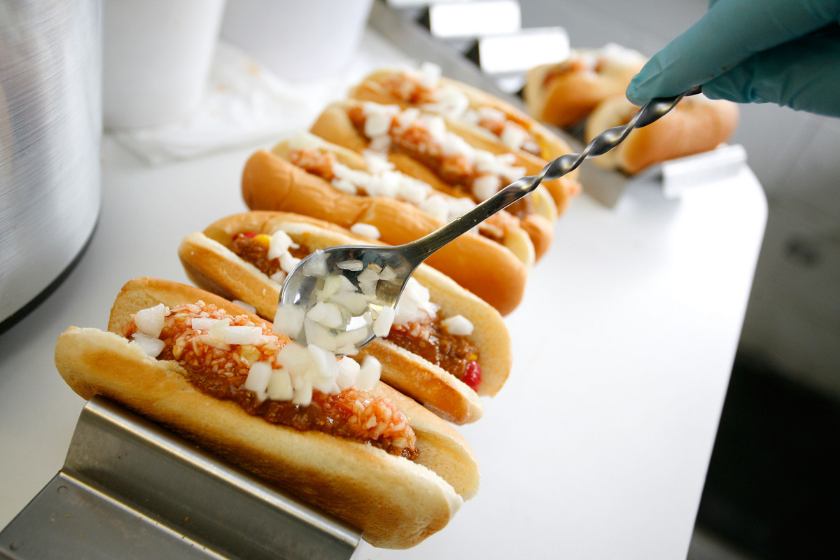 The famous Martinsville Speedway hot dog is different from every other hot dog in essentially every possible way.

First, the dog at the center of the bun is a Jesse Jones brand red hot dog. The bright red color of the dog is somewhat confusing to newcomers of the tradition, but Martinsville purists insist there is no other dog that could take its place. After all, it's been this way for over 50 years. The secret behind the distinctive color? The additive Red-40. Sure, this ain't your average ball park hot dog, but that's not what you're signing up for when you get a Martinsville dog.

The dog is also served on a steamed bun and topped with mustard, chili, and slaw. Bear in mind, this is a southern-style vinegar coleslaw, which gives it a certain snappy tang. None of that creamy Northern stuff to water it down!

A Brief Break in Tradition 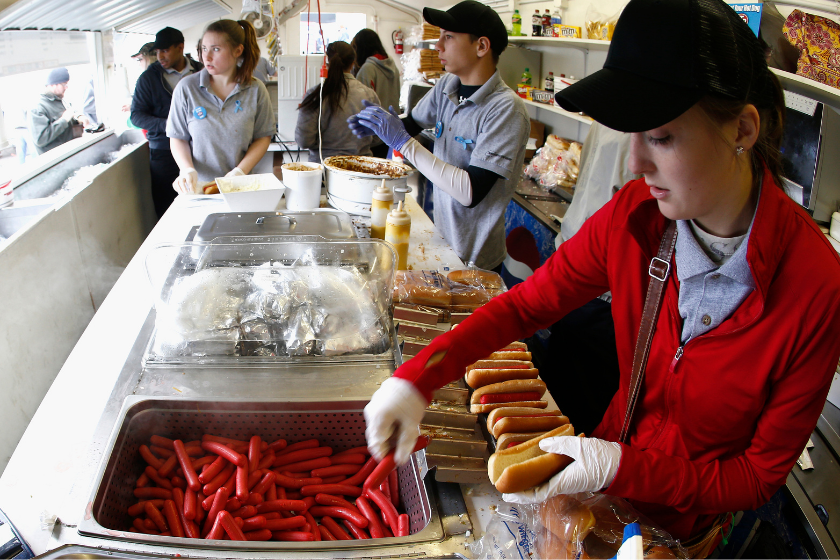 So, what does the famous dog cost? Two dollars, fully loaded, just as it always has been. The affordable cost and ability to add seemingly endless amount of ingredients is what keeps fans -- and Dale Earnhardt Jr. -- coming back for more.

"Fans love them," Martinsville Speedway President Clay Campbell told For The Win back in 2019. "We still keep them at $2 and that's unheard of in pricing. But they're pretty special. I think the competitors like them just as much as the fans."

NASCAR fans, as you probably know, are all about tradition. So, when Martinsville replaced  the Jesse Jones hot dogs with Valleydale, it caused quite the uproar. In a statement announcing the change, Campbell assured fans that, aside from the brand, everything else about the Martinsville dog would be staying exactly the same.

"We're not in the habit of taking steps backward," Campbell said. "We're always going forward. The fans will still have the 'Famous Martinsville Speedway Hot Dog' and it'll be just as good as it has been. I assure you that. We wouldn't do anything to change that. No. 1, my grandfather would come back to get me if I did, and Bill France Jr. would be after me. So we're not changing it to where fans will notice any difference whatsoever. The color, taste and texture will still be the same."

Still, the fans wanted the Jesse Jones dogs back, and Campbell listened, as the original brand was reintroduced to start the 2018 racing season after a nearly two-year hiatus. Clearly, Mr. Campbell learned a thing or two about coming in between race fans and their traditions.

Back to Business at Martinsville Speedway 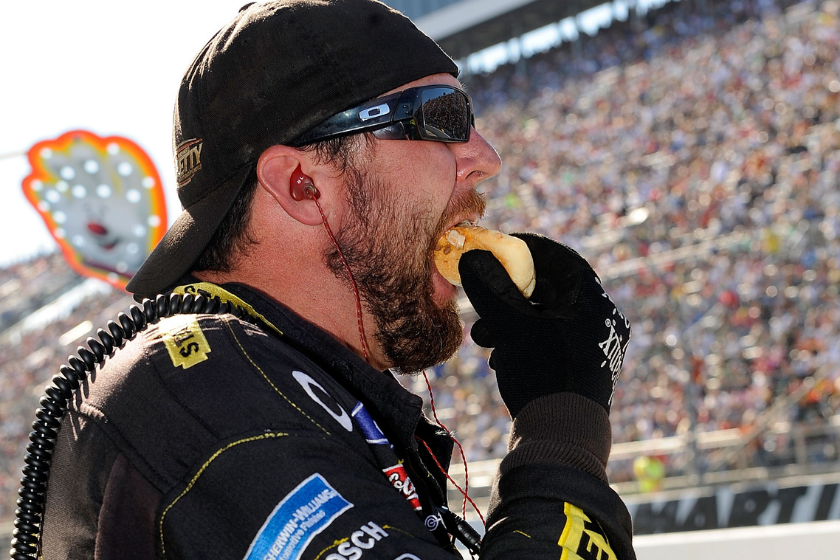 Martinsville Speedway itself is known for its devout observation of tradition, as well. Perhaps it comes from the fact that it has been a NASCAR Cup Series host every year since 1949. From the tight-turned, paper-clip-shaped 0.526-mile short track to the grandfather clock trophies received by winners since 1964, the things that are done at Martinsville are done so because of tradition.

In fact, President Campbell is the grandson of track founder H. Clay Earles. Despite his earlier misstep with the whole 2015 brand switch, Campbell himself is a strong believer in tradition, which may be why that particular controversy shocked and appalled so many race fans. But, now tradition has been restored, and the fans who show up for the next NASCAR race will have no problem finding and devouring the famous Martinsville Speedway hot dog, today and forever only two dollars.

MORE: NASCAR Video Shows Some Of the Best Places in Charlotte to Eat Before Race Day