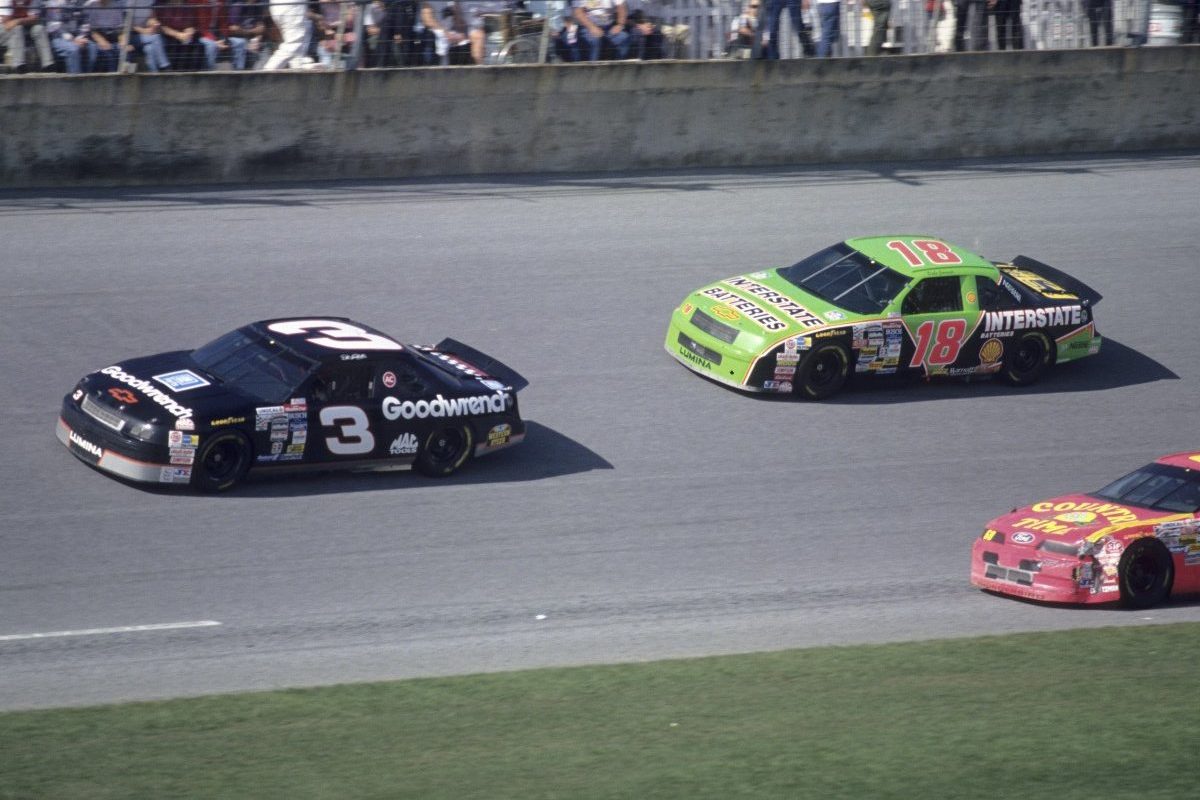 Did you know that by the time the 1993 NASCAR Winston Cup Series season began, Dale Earnhardt had already won FIVE championships? Despite having already established himself as one of the greatest drivers in NASCAR history at that point in his career, one major accomplishment eluded The Intimidator: a Daytona 500 victory.

Things were looking good for Earnhardt heading into the 1993 Daytona 500, but as fate would have it, another Dale would ride into Victory Lane at Daytona International Speedway.

That day in Daytona Beach, Florida, Earnhardt was in a tightly-contested battle with none other than Dale Jarrett, who had only won a single Cup Series race entering the season.

It was on the race’s final lap where the Joe Gibbs Racing driver would eventually pass Earnhardt’s Richard Childress Racing No. 3 Chevrolet in a sequence that would famously become known as the “Dale and Dale Show.”

To make the moments even more iconic, Jarrett’s father Ned was in the broadcasting booth calling the race. Ned’s broadcasting team let him take over the last lap of the race, and the proud father famously called his son home:

“Come on, Dale! Go, buddy, go! All right, come on! I know he’s got it to the floorboard; he can’t do anymore! Come on! Take ‘er to the inside! Don’t let ’em get on the inside of you comin’ around this turn! Here he comes, Earnhardt; it’s the “Dale and Dale Show” as we come off Turn 4! You know who I’m pulling for, it’s Dale Jarrett. Bring her to the inside, Dale! Don’t let him get down there! He’s gonna make it! Dale Jarrett’s gonna win the Daytona 500!”

CBS was probably more than okay with Jarrett showing bias towards his son in that moment, and even Dale Earnhardt was fine with Ned Jarrett’s call.

Dale Jarrett went on to win three runnings of the Great American Race during his career, but none were more memorable than his first win.

And, while Earnhardt finished second in that race, he eventually won his sixth NASCAR Cup Series title later that year. Not a bad consolation prize, to be sure. Oh, and he would also finally win the Daytona 500 five years later. But, that’s a story for another time.