NASCAR drivers, given their job description, seem like they'd be among some of the most fearless people on that planet. But, even though they risk their lives every time they step foot inside of a stock car, NASCAR drivers are human, just like you and me. And, just like the rest of us, every racer has something that they're afraid of. With that in mind, NBC Sports caught up with some of the top drivers in NASCAR recently, and asked what scares them the most.

"Fire. Fire scares me," Bell said. "I think if you ask every race car driver that's the thing that scares them. Just that and not being able to get out of the car."

Austin Dillon added, "Not being in control probably scares me. I rode with Max Papis in a two-seater race car. It's probably the scariest thing I've ever done in my life. He drove the absolute snot out of the car. I was just along for the ride. I knew Max, but he had stories of wrecking really hard. I knew if something broke, I'm in trouble." 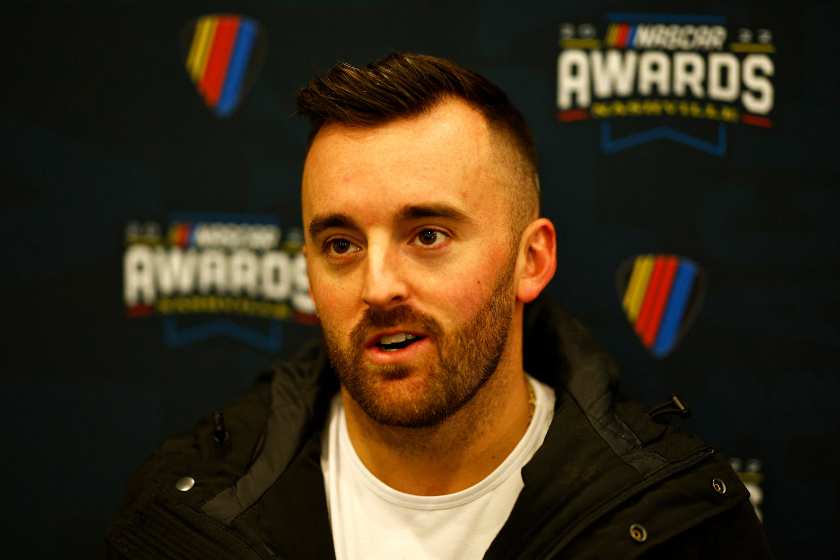 Busch, on the other hand, got a little existential with his answer before admitting what most fans pretty much figured from the two-time Cup Series champ.

"But what is fear?" Busch said. "I've wrecked enough hard times to know that that's inevitable. Failure. Fear of failure. That's it. Failure."

Being afraid of some of the most terrifying facets of NASCAR typically comes with age. Chase Briscoe is only 24 years old, and having been named 2022 Cup Series Rookie of the Year earlier this year, his early experiences in NASCAR's highest level have been pretty positive so far. Hitting nearly 200 MPH in a race car? That's no problem for the NASCAR young gun. His biggest fear is of a social nature.

"Relationships," he said. "Women. It's just outside of my comfort zone. Social settings."

"My mom," Chastain said. "Mom and grandmothers. They run our family. Get on their bad side, and it's going to be tough sledding. But I wouldn't be living up to the reputation of a bad-to-the-bone race car driver if I didn't. They keep their thumbs on us."

And the award for strangest fear? Well, I'd have to give that to Chase Briscoe.

"Birds," Briscoe said. "Birds freak me out for whatever reason. I think one got in the race shop when I was younger and came flying at me. And horses. I love looking at them, but up close they freak me out. I'm afraid they're going to kick me."

Hey, at least he's not scared of horsepower.

MORE: Chase Briscoe Thinks That NASCAR Needs to Do Way More to Fix Its Retaliation Problem