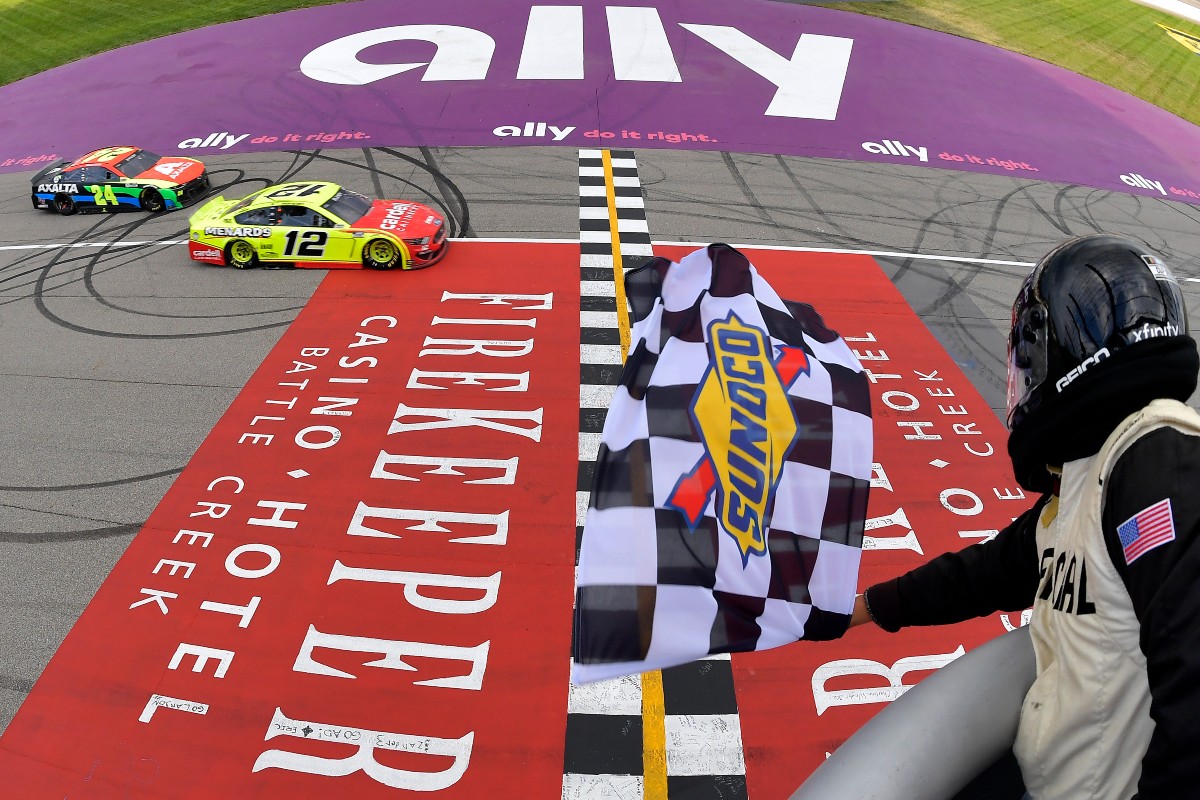 If you’re relatively new to the sport of NASCAR, you may still be playing catch up on the actual rules of stock car racing. Learning any new motorsports rules and etiquette can be a bit overwhelming at first, but luckily, the NASCAR flags are pretty easy to understand.

Attending a NASCAR event for the first time is extremely exciting, but knowing what the racing flags mean when they are waved is key to actually knowing what’s going on during the race. Take a look at the meanings below, and you’ll have a much more enjoyable time at the race track.

NASCAR Racing Flags That You Need to Know

As the flagman waives the green race flag, it’s the signal that NASCAR racing is starting or restarting. It is the first flag to be flown in the race, and as soon as the NASCAR drivers see green, they go.

When you see the yellow flag come out, it means the NASCAR officials are calling a caution period. It can happen for a variety of reasons, including when a crash occurs or when debris is on the race track and posing a hazard. Drivers must slow down during this time and line up behind the pace car until it is safe to restart.

A solid blue flag is used on road courses to warn drivers of problems up ahead that may be difficult for them to see. The race remains under green-flag conditions.

This flag signal alerts a driver that a faster, lead-lap car is about to pass them. They are required to yield to that driver, and it’s just proper auto racing etiquette to let the faster car get by, especially if you’re a lap down.

The black flag is one that no driver wants to see while racing. It’s normally directed at one particular driver, and it means they need to get off the track and pull into pit road immediately. This is normally used if a driver does something wrong, or if their race car is not in a safe condition to be on the track.

If you’re a driver hoping to score some points in the final laps of the race, you definitely don’t want to see this flag.

This black flag with cross white lines is displayed when a driver does not follow the flagman’s instructions to immediately go to pit road within five laps. It means that driver?s on-track progress is no longer being scored, and it also typically results in that driver getting DQ’d.

More severe than a yellow flag, when the red comes out, it tells the racers that it is unsafe to continue circling the speedway. This can be a result of a few things, but most commonly bad weather or poor track conditions.

Red and Black Flags Together

If you see both of these flags displayed at the same time, it means that a practice or qualifying session is over.

When a red flag with a yellow stripe is displayed at the entrance to pit road, the pits are officially closed. The flag is taken away, and the pits are reopened, once all cars on the track line up behind the pace car under caution conditions.

This flag, which is yellow with vertical red stripes, is only used on road courses. It means that debris is on the track.

This flag signals to the drivers that they have one lap remaining in the race. Just a simple reminder that if you’re going to make a move, you better do it now.

Of course, we all know the meaning of the black and white checkered flag. It means that the race leader has crossed the start/finish line and won the race.

Considered optional at the flagman’s discretion, this flag can be displayed at the race’s halfway point.

A checkered green flag by itself simply means that a race stage has concluded. Now, a green-white-checkered flag sequence means something a little different.

This flag signal is brought out on the chance that there is a caution (yellow flag) on the final lap of the race. It was added in 2004 in order to prevent a NASCAR race from finishing while under caution. When this flag is used, it means there will be green-flag restart, followed by white for the final lap, and a checkered at the finish. If a caution occurs during the green-white-checkered finish, the race ends.

MORE: Here’s a Look at Every NASCAR Cup Series Driver and Team Competing in the 2022 Season