On November 27, 2017, Bud Moore -- a NASCAR Hall of Famer and World War II veteran -- passed away in his hometown of Spartanburg, South Carolina. He was 92.

Moore took part in the D-Day Normandy invasion and was awarded two Bronze Star Medals for heroic actions and five Purple Hearts for being injured in combat over the course of his career in the Army. After the war, Moore won a NASCAR title in 1957 as a crew chief, before staring his own racing team in 1961. He won back-to-back titles as an owner and was inducted into the NASCAR Hall of Fame in 2011.

After just a brief look at Bud Moore's life, it's clear he wasn't just an auto racing legend, but a real-life American hero. 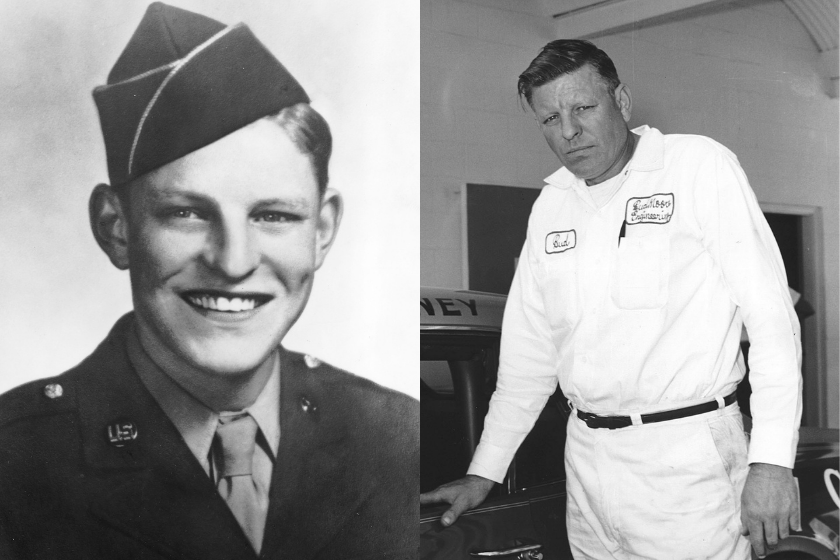 Walter Maynard "Bud" Moore Jr. famously referred to himself as "an old country mechanic who loved to make 'em run fast," and there is really no better way to describe the NASCAR Hall of Famer.

Born May 25, 1925 in Spartanburg, South Carolina, Moore started racing cars by the age of 14, immediately after he got his driver's license. However, he had to put his racing aspirations on hold, after he was drafted into the United States military a week after his 18th birthday.

After joining the Army, Moore was trained at Camp Van Dorn in Mississippi and later went to Fort Dix in New Jersey, where he was assigned to the 90th Infantry Division, D Company, 359th Infantry Regiment, 1st Battalion, 1st Platoon as a machine gunner. Moore did not realize he would be storming the beaches of Normandy until just two days before the invasion, on June 4, 1944, when he saw a map that showed that his division would be in France and not England, as he had previously expected.

On June 6, Moore landed on Utah Beach, and after clearing the beach with his group, was initially assigned to be part of the liberation of Paris (though this was eventually carried out by General Philippe Leclerc de Hauteclocque's men). Months later, Moore participated in the Battle of the Bulge. His actions there eventually earned him his first Bronze Star Medal, as he was single-handedly responsible for the surrender of 15 German soldiers and four officers after he stormed a building where they were hiding.

Shortly after, Moore moved from Germany to Czechoslovakia and was promoted to sergeant. During this time, he earned his second Bronze Star for his involvement in a battle in an abandoned hospital, where he also received five Purple Hearts for shrapnel injuries and machine gun wounds to his hip.

Moore was formally discharged from the Army on November 15, 1945. Immediately after his discharge, Bud went right back into pursuing his true passion: racing. 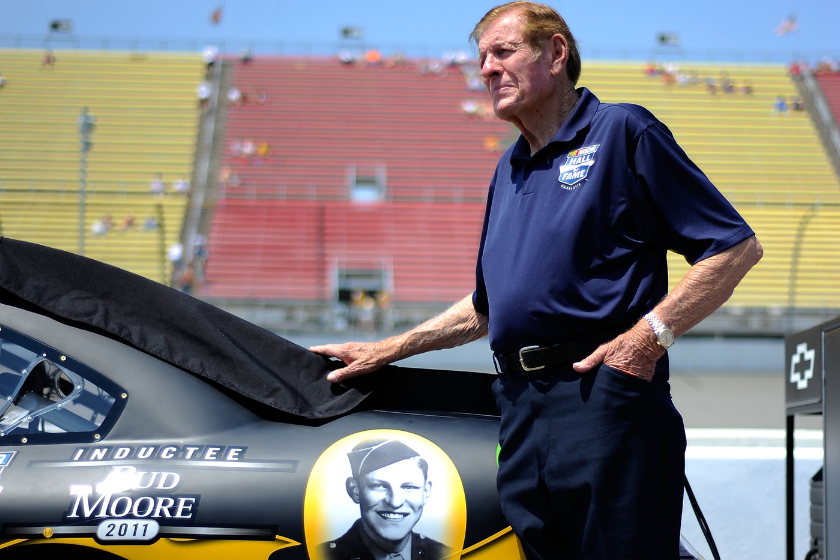 Bud and his high school friend, Joe Eubanks, opened up a used car business together, working on cars that were used in moonshine running. Eventually, they sold a 1939 Ford for a race car, and that's when Bud's racing career officially took off.

After moving to NASCAR in 1950, Moore got his first taste of major success as a crew chief. Moore won 49 races during his crew chief career, including back-to-back Grand National Series championships with Buddy Baker in '56 and '57.

In the '60s, Moore kicked off his career as a team owner by opening Bud Moore Engineering. During the team's first year of operation in 1961, it fielded cars for Fireball Roberts, Tommy Irwin, Joe Weatherly, and Cotton Owens (who Moore had known since high school). Success came almost instantly. In '61, Weatherly racked up a second-place finish at the Daytona 500. In '62 and '63, he won the Grand National championship.

On top of his success as a NASCAR team owner, Moore was also a devout family man. After returning from WWII, he married his high school sweetheart, Betty Clark, and the couple had three sons -- Greg, Daryl, and Brent -- and five grandchildren. Clearly, Bud Moore's legacy goes far beyond the sport of auto racing.

MORE: Keith McGee Is the First Disabled Veteran in NASCAR History to Race at a National Series Event