Everyone loves Chase Elliott, and he's got the awards to prove it.

From 2018-2021, the 26-year-old Dawsonville, Georgia native won the NASCAR Cup Series Most Popular Driver award. Clearly, the professional stock car racing driver comes from good stock, as his dad -- Winston Cup Series champion and NASCAR Hall of Famer Bill Elliott --  has the record for most Popular Driver wins with 16.

But, likability doesn't earn you a prominent spot in the NASCAR history books and thankfully, just like Dad, Chase is also incredibly skilled on the track. Those skills have translated to an especially lucrative career in the sport's highest level. Just how lucrative are we talking? Let's take a look! 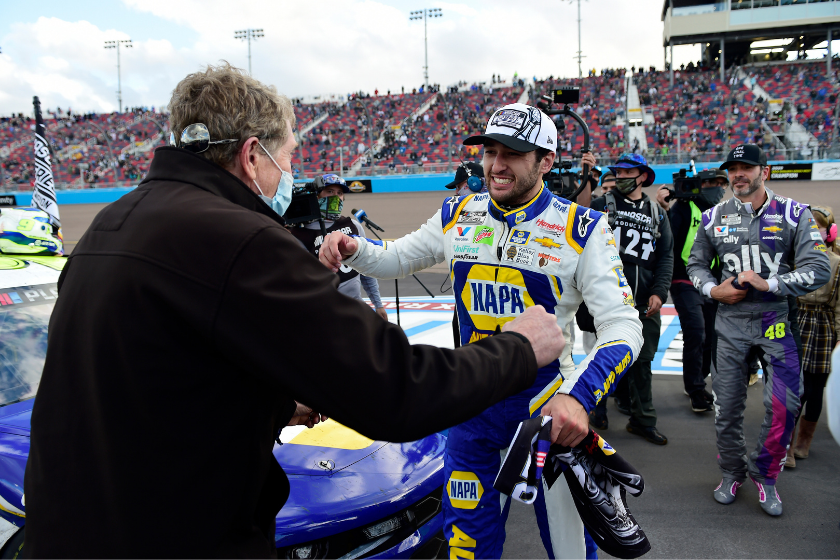 At just 13 years old, William Clyde "Chase" Elliott II was featured in Sports Illustrated as an up-and-coming future star. In the years that followed, he proved that the accolade wasn't just a fluke.

In 2013, after years of successful racing under his belt, he became the first driver to win all four of the country's prominent short track races: the All American 400, the Snowball Derby, the World Crown 300, and the Winchester 400. Also during this time, Elliott was putting in impressive performances in the ARCA Racing Series and the K&N Pro Series East and West.

Later in 2013, Elliott made his debut in the NASCAR Truck Series. He would win his first race in the Chevrolet Silverado 250 at Canadian Tire Motorsport Park, making him the time the youngest winner in Truck Series history, at the age of 17 years, nine months, and four days. In a total of 16 Truck Series races run, Elliott has three wins and 13 top-10 finishes.

In 2014, Chase Elliott won the NASCAR Nationwide Series Championship, making him the first rookie to win a NASCAR national series championship and the youngest winner, as well. Elliott went on to win five races and rack up 66 top-10 finishes in the NASCAR Xfinity Series.

2016 marked Elliott's first full-time season in the NASCAR Cup Series. Hendrick Motorsports gave the rising star his big break, and it seemed to pay off, because he still races with the team to this day. That first year in the big leagues, Elliott was named the NASCAR Sprint Cup Series Rookie of the Year. To date, Elliott has 13 wins and and 121 top-10 finishes in the Cup Series.

In the years that followed, turned in some solid regular season racing, placing 5th, 6th, and 10th in the standings from 2017-2019. That elusive Cup championship just kept narrowly slipping away. In any case, that whole "youngest driver" tag seemed to follow Chase around wherever he raced.

Finally, on November 8, 2020, mere weeks away from his 25th birthday, Chase Elliott won his first Cup Series title, making him the third youngest driver in NASCAR history to win the NASCAR Cup Series championship. It's no wonder they pay this kid the big bucks! 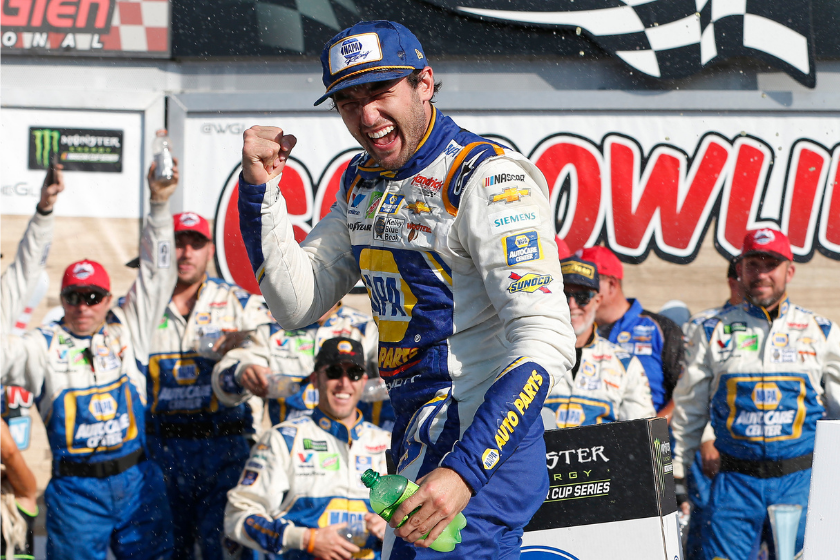 So, how much is this young NASCAR driver worth? Chase Elliot has an estimated net worth of $12 million, according to Celebrity Net Worth.

In 2019 alone, Elliott earned a total of $10.2 million, with $8 million coming from salary and the remaining $2.2 million coming from endorsements and licensing. That year, at only 24 years old, he sold more licensed merchandise than any other racer in NASCAR. In 2020, Elliott won the All-Star Race. The paycheck? A cool $1 million. Make that money, Chase!

Chase's millions has allowed him to indulge in a decent amount of the finer things over the years, including a 3,500 square-foot house in Georgia. We're sure it must be nice to live so close to home, especially for Mom and Dad.

Chase Elliott has a long career ahead of him, and plenty of more years to rake in that dough. Let's hope he's been getting some solid investment advice!