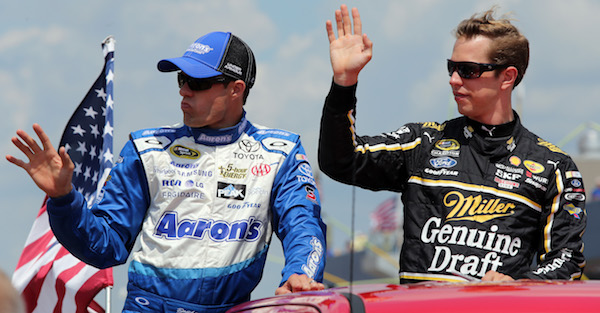 When David Ragan makes his start at the Folds of Honor QuikTrip 400 this Sunday in his home state of Georgia at Atlanta Motor Speedway, he will hit a career milestone worth celebrating even if he doesn’t win the race.

Ragan is making his 400th career Cup Series start on Sunday, and he will be honored by the track and by the Georgia state legislature.

According to NBC Sports, Ragan and track president Ed Clark will appear at a ceremony in the General Assembly where the legislature will issue a proclamation to honor Ragan and before his 400th start.

“Atlanta Motor Speedway is special to me because I grew up at that track,” Ragan said. “I raced my Legends car there as a kid in the 90s and early 2000s. My dad still works there and has an office there. It?s just always has been a second home to me. So, we couldn?t have scripted it better to have my 400th start be in Atlanta.”