Devon Rouse is in rare company.

The 23-year-old Burlington, Iowa native is only the second openly gay driver in NASCAR history. He follows in the footsteps of Stephen Rhodes, who became the first openly gay driver to compete in a NASCAR national touring series event when he made his NASCAR Camping World Truck Series debut in 2003. Driving the No. 66 Dodge for MLB Motorsports, Rhodes ran in two Truck Series races. Rouse, who is set to run in his second Truck Series race in June, is following in Rhodes' tire marks, while also striving to carve out his own historic path in the sport.

He still has a long way to go to achieve his ultimate auto racing dreams, but if the NASCAR driver who he's idolized since childhood is any indicator of his future, Devon Rouse came here to do two things: win and give one hell of a post-race interview. 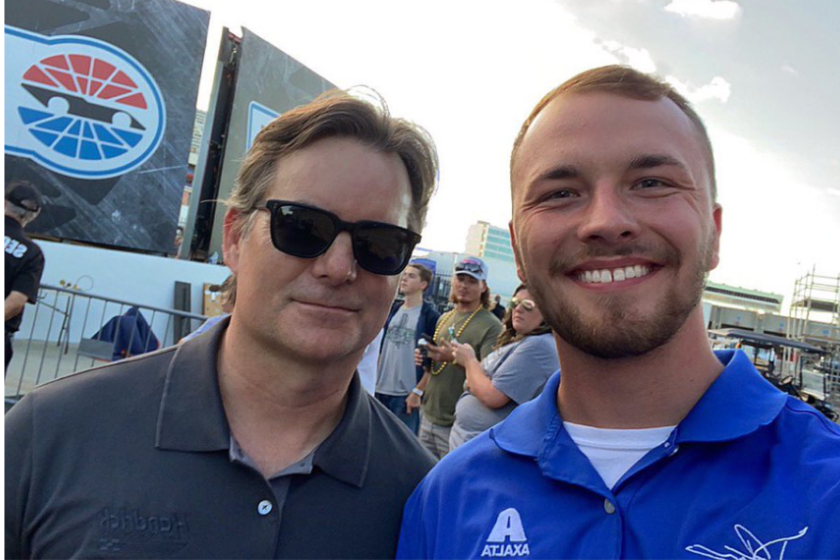 Devon Rouse has looked up to Jeff Gordon since he was a kid. Of course, Rouse was chiefly drawn towards Gordon's predilection for winning. With four NASCAR Cup Series titles to his name, Gordon is also the winningest driver in the sport's modern era, racking up 93 Cup wins over the course of his racing career. But, Rouse also idolized Gordon for another reason: he was electric in front of the camera.

"I used to watch him win and watch the interviews and I was like 'I want to do that!'" Rouse told OutSports in 2021. "I like people. I like being behind the camera. I have passion and a God-given talent for racing. Why not combine the two?"

Devon started his own career at the young age of four. After winning six championships on the kart-racing circuit, Rouse moved on to modified-lites when he was 13. Two years later, Rouse earned his first win. For his 17th birthday, Rouse's parents bought him a sprint car, which he raced at his home track, 34 Raceway. In 2016, he finished third in class standings and improved to second the following year.

By 2019, despite his skills on the track, the Iowa kid probably didn't envision that "Devon Rouse" and "NASCAR" would be in the same sentence anytime soon. But, a trip to Florida with his friends and a chance encounter with a man wearing a NASCAR shirt eventually led to the next chapter in Rouse's career.

"We went to an outdoor bar and there were some guys there wearing college shirts," recalled in a 2020 interview with The Hawk Eye. "One guy had a NASCAR truck shirt and I told my friends, 'I'm going over and introduce myself.' We ended up chatting for hours. The guy was from Clearwater, which is the town we were in. He was back home on his way to Miami Beach for a race. They invited me to travel with their team for six weeks. If I had not gone over and introduced myself, that would have never happened."

The next year, Rouse was test driving a NASCAR truck at South Carolina's Myrtle Beach Speedway. He was one step closer to making his big dreams a reality.

"I was driving down pit road at Myrtle Beach and I looked around at all the other trucks," Rouse said. "I said to myself, 'I'm doing it. I'm driving a NASCAR truck right now.' That's when it really finally hit me. Then we got the green flag in my first practice and it's like, 'Wow! I can't believe I'm actually doing this.'"

In late July 2020, Rouse was set to run in the Eldora Dirt Derby at Eldora Speedway in Ohio. Unfortunately, the COVID-19 pandemic would throw a wrench in Rouse's planned Truck Series debut.

The roadblock was a temporary setback for Rouse's career. Meanwhile, Rouse was dealing with another roadblock in his personal life. 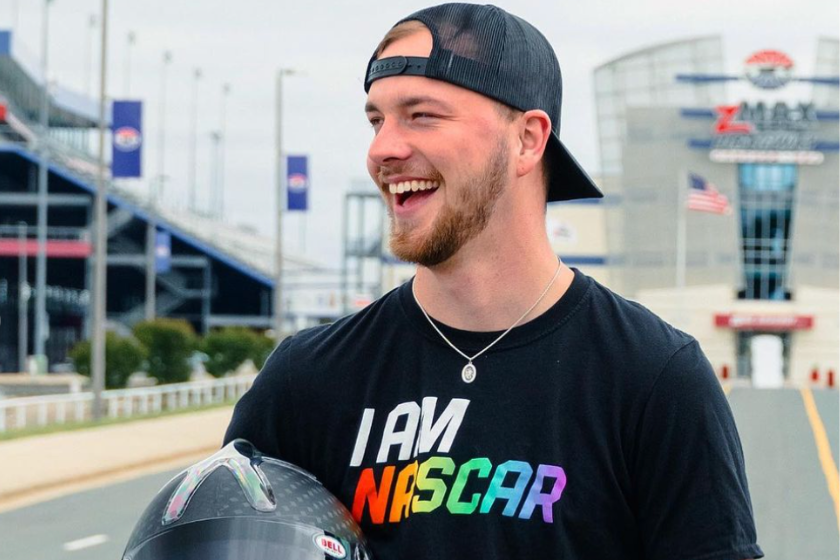 COVID-caused setbacks aside, Devon Rouse was impressively progressing in his racing career. Yet, he still wasn't happy. Rouse had known he was gay since the seventh grade, but had yet to come out to his friends or family. This led to him living what he called a "double life," and it led to immense personal turmoil.

"My mental health was at an all-time low. I was just so upset with life," he told OutSports. "But as soon as I was not by myself, and I was with people or at the race track, they just knew me as perfectly fine-happy Devon. No one knew how much I was hurting inside."

In an interview with the Toronto Star, Rouse added, "I always said I would take it to my grave. It was so exhausting. I could sit here and have a conversation with somebody and after every sentence, I would pause and think about how I said (something) to see if that was a giveaway. I did that with every single word I said, and I couldn't do it anymore."

During the spring of 2020, Rouse finally came out to his family and friends. While he received an outpouring of support from those closest to him after coming out, he still wasn't sure how he would be received by the racing community. Two weeks later, he returned to 34 Raceway and was welcomed with open arms.

"I had a lot of people who came up to me to say 'we are so proud of you' and 'we're glad that you are finally able to be your true self and nothing changes for us,'" he said. "That was a confidence booster for me, knowing that everything was still okay."

Rouse publicly came out in June 2020 with an official announcement on Instagram.

What's Next for Devon Rouse? 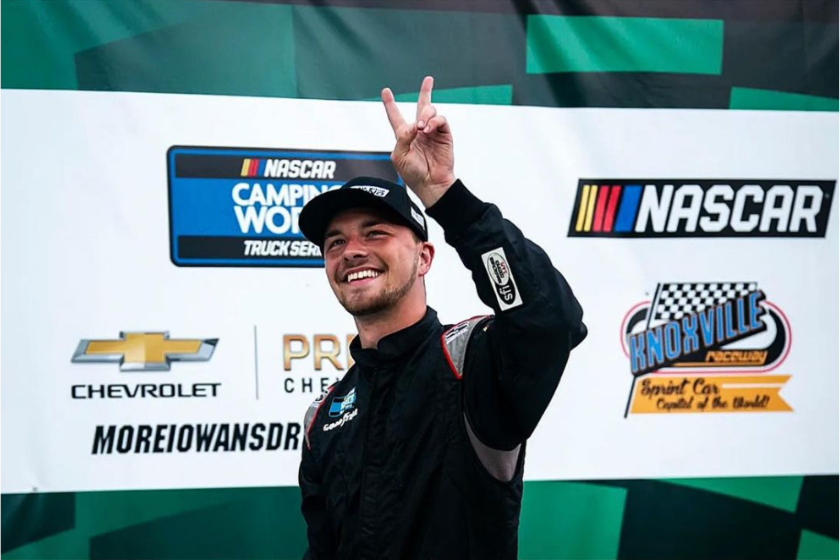 Devon Rouse hit the gas on his NASCAR career in 2021, participating in the ARCA Menards Series test for Fast Track Racing at Daytona International Speedway, though he was not given the approval to run in superspeedway events. Devon's NASCAR debut would have to wait until July, when he drove the No. 33 Chevy for Reaume Brothers Racing at the Corn Belt 150 Truck race at Knoxville Raceway. He placed 18th.

In February 2022, Rouse bought a house in Charlotte, North Carolina, moving one step closer to realizing his professional dreams.

"I'm ready to start the next chapter of my life," Rouse told The Hawk Eye. "If I really want to make this dream come true, I have to start taking it seriously. If I want to achieve my goal and make it on the NASCAR circuit, I have to get down to Charlotte where all the action is. I'm really looking forward to it. I can't wait to get down there and get started."

On June 18, Rouse will head back to Knoxville Raceway to run in his second Truck Series race. Rouse has had to deal with several debut postponements, the most recent being the 2022 ARCA race at Daytona back in February. Even in the midst of career disappointments, Rouse keeps a positive attitude and continues to drive forward. Because, as he told OutSports in 2021, it's all about being a role model for others.

"I want to show my talent and skill, but to also bring my story with me would make my life complete," Rouse said. "Knowing I can help others and live my dream of being a professional race car driver? I couldn't ask for anything more."

MORE: 4 Jeff Gordon Records That Will Never Be Broken