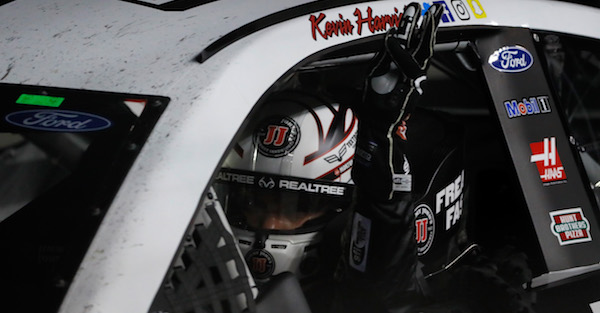 In 2001, Kevin Harvick wasn’t supposed to be a full-time driver in the Cup Series. But after the tragic death of Dale Earnhardt in the season-opener at Daytona, Richard Childress Racing picked Harvick to fill in for Earnhardt full-time in the No. 29 car.

Harvick’s third career start came at Atlanta, and the 25-year-old found a way to win the race as he held off Jeff Gordon by .006 seconds.

After he won the race, Harvick saluted the late Earnhardt by holding three fingers up in the air outside of his window as he ran the track backwards while the crowd roared.

Related: Kevin Harvick believes one young driver could be NASCAR?s next megastar

That all changed on Sunday.

Harvick dominated the race yet again, and this time he was able to hold on for the win. After he won and did his celebratory burnout, an emotional Harvick once again held three fingers out of the window of his car to honor Dale Earnhardt.

Harvick was clearly emotional after the win, and fans could tell how much the win meant to him.

“I’m just so proud of everybody on our team,” Harvick said.

“To be able to do that and pay tribute to Dale was cool, been waiting a long time to do that. We?ve had so many days we could have done that. It?s good to be back in victory lane. Finally. It took a while.”

Harvick, the 2014 Cup Series champion, will look to add another title to his resume, and Sunday’s win puts him in position to make another playoff run this year.