Kevin Harvick has been on quite the cold streak recently. The 46-year-old NASCAR vet hasn't scored a win since the playoff race at Bristol Motor Speedway on September 19, 2020. That said, Harvick has gotten five top-five finishes this season (putting him at 10th in the Cup standings), and he'll be looking to rack up even more points as the NASCAR Cup Series heads to Michigan International Speedway. If Harvick's history at the two-mile track is any indication, his run at this year's FireKeepers Casino 400 could put him in a much stronger position heading into the playoffs.

In any case, Harvick himself is probably less concerned with records and more worried about breaking his 63-race winless streak. 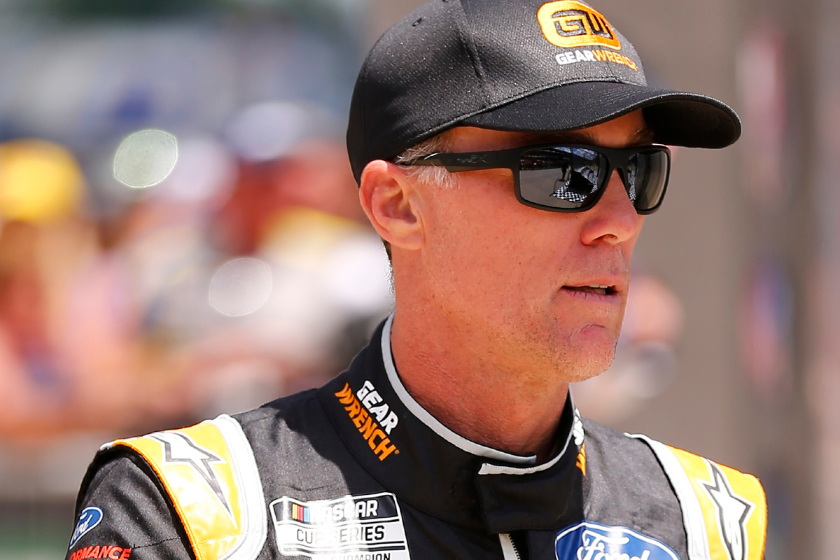 Kevin Harvick will be heading into the Michigan Cup race with vengeance on his mind.

While he avoided catastrophe during Stage 1 of last week's Verizon 200, Stage 2 of the Indy Motor Speedway road course race was a different story entirely. Coming into Turn 1 on the restart of the second stage, Austin Dillon clipped Harvick's left rear tire, sending him spinning as the rest of the field whizzed passed him. He ended the day with a 33rd-place showing.

Needless to say, Harvick was pissed and expressed his frustration over his team's radio.

"Tell me who bulldozed me," Harvick said. "I just need to know who I need to bulldoze back."

After that, Harvick went straight into kicking ass and taking names mode.

Simply put, Harvick's game plan at Michigan will be aggression, as he'll be looking to get his first victory of the season and dish out some sweet retribution in the process.

MORE: Kevin Harvick on NASCAR Retirement Plans: "I Want to Be in Charge"