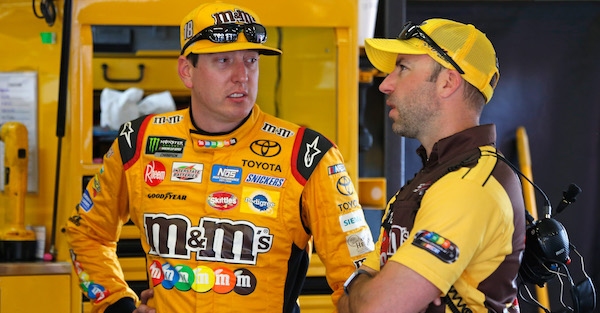 Kyle Busch is one of the most popular drivers in NASCAR, but there are plenty of fans who actively root against the former Cup Series champion.

Busch often welcomes the haters, and they were out in full force at the Truck Series race in Atlanta after he had a pit road malfunction.

There are many fans who don’t want to see Busch come down to the Cup Series and win, and they were filled with delight after his pit road mishap.

Busch pulled away from pit road early before his crew had secured on all of his tires, and he was forced to go back to pit road after the tire came off. Several fans in the crowd were cheering as the mistake prevented him from having a chance of winning.

Related: Goodyear has no explanation for Kyle Busch?s issues in the Daytona 500

Busch eventually finished 21st. Busch and other NASCAR Cup Series veterans won’t have as many chances to race in the Truck Series this season due to a new rule that limits them to only five races for the year. He won three races in the series last season.