Visitors to Leilani Munter's official website are greeted with a reasonable warning: "Never underestimate a vegan hippie chick with a race car."

Named the #1 Eco Athlete in the World by Discovery's Planet Green, 2012 recipient of Elle Magazine's "Genius Award," and one of Sports Illustrated's "Top 10 Female Drivers," Leilani Munter is living proof that a race car driver can be an environmental activist, regardless of how unlikely that pairing seems on paper.

Just read on -- not only does it all make perfect sense, but it's incredibly inspiring. 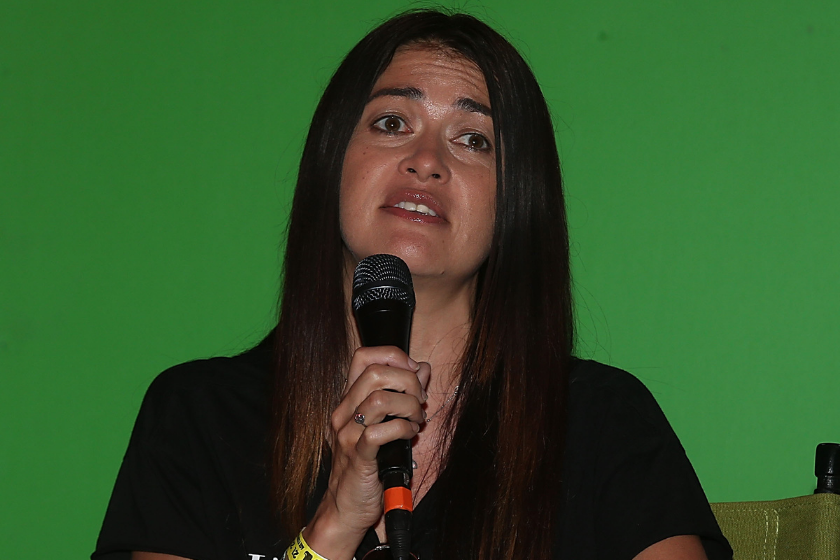 Leilani Munter was born in Rochester, Minnesota, where her father was working at the world-famous Mayo Clinic. Her Japanese-Hawaiian mother and German father met at the Hawaii State Hospital in K?ne?ohe.

When it came time to consider her collegiate career, Leilani chose the West Coast, receiving her bachelor's degree in biology from the University of California, San Diego.

So, what does a biology graduate do with her newly-gotten degree? She becomes Catherine Zeta-Jones' stunt double, of course!

No, seriously. Leilani picked up her SAG card with a "just in case" attitude, and ended up working as Zeta-Jones' double in both Traffic and America's Sweethearts.

Naturally, the next logical career move for a fast-driving Hollywood alumna with a biology degree is to become a professional race car driver, so that's what Leilani did.

From Biology to Motorsports 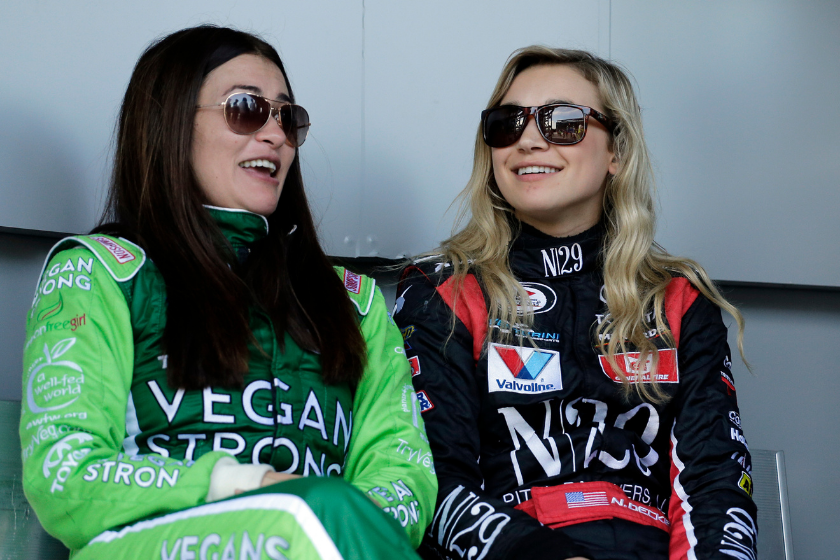 If you're looking for a connection here, a common thread to tie together biology and film and racing, it's Leilani. These are all things about which she is quite passionate. If there is one thing you can learn from Leilani Munter's unexpected career path, it's that you really can dive headfirst into everything that moves your spirit, even if it doesn't quite make sense at first. In fact, as you'll see, sometimes the greatest success comes out of the least expectations.

Leilani started on the ARCA Racing Series the same way most new drivers do: By beating down doors and begging for sponsors. Only in Leilani's case, the sponsors were extra hard to come by. No, not because she's a woman, but because she's an environmentalist.

Early in her career, Munter stated, "Because I am so involved in the environmental world, I don't just take money from anybody...I can't bring my environmental message to the 100 million racing fans in America and feel OK about it if I am doing it with a company that is not being responsible with the environment."

Being Green on the Race Track 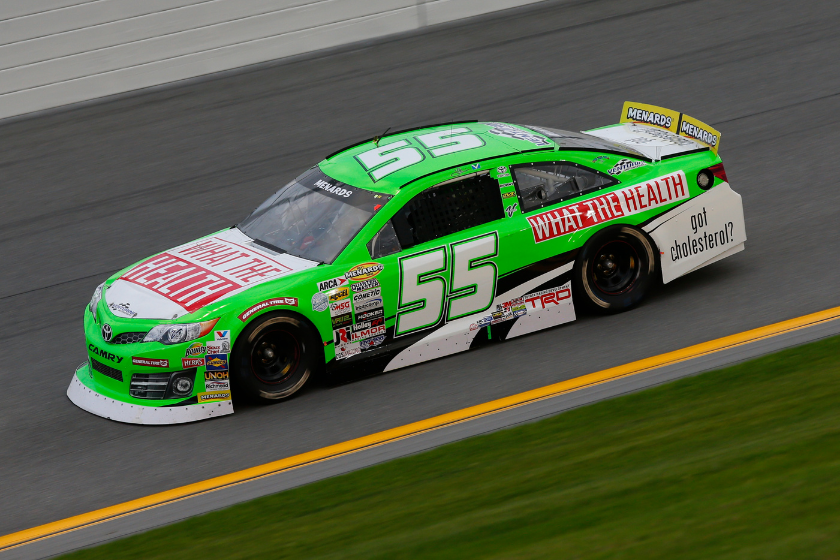 The two most important things to appreciate about Leilani Munter are that she is truly a hardcore environmental activist, and that she can really drive.

In 2006, she finished fourth at Texas Motor Speedway, earning her the highest finish for a female stock car driver. She then turned around and became the first female driver to qualify for the Bettenhausen Classic in Indiana.

The very next year, she moved to the IndyCar Indy Pro Series, making her the fourth woman ever to drive in the series.

In 2007, she also made a commitment to the planet. For every race she runs, she adopts an acre of rainforest to balance the carbon footprint of the fuels burned throughout the race.

Leilani Munter returned to the ARCA Series in 2008, with race fans cheering her on at major races. Though she was involved in a few crashes, her spirit remained undeterred.

2014 was a banner year for Leilani, as she drove her Tesla Model S from her home in Charlotte, North Carolina to the Chicagoland Speedway to raise awareness for environmental issues and driving oil free. Her pit team also powered the pit box entirely with solar panels, another NASCAR first. 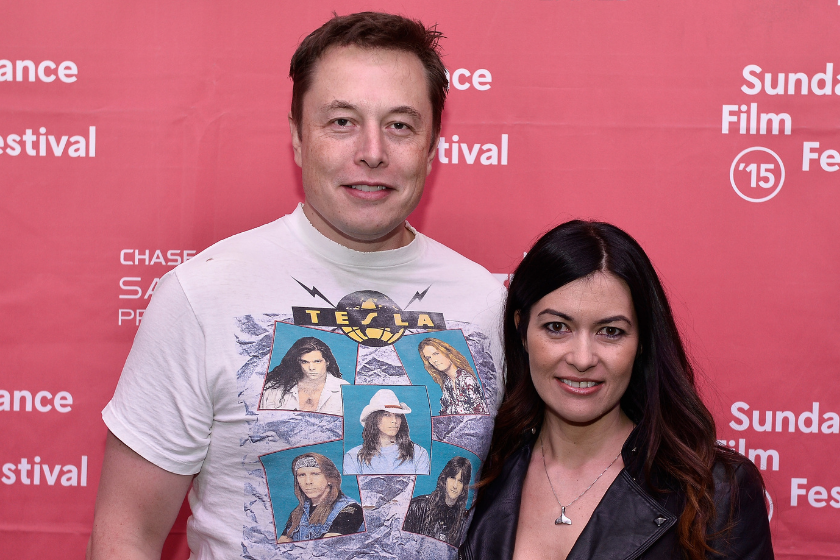 Leilani Munter first volunteered for Ric O'Barry's Dolphin Project in 2010, as the Academy Award-winning documentary The Cove exposed the dangers of the dolphin-hunting operations in Taiji, Japan. As an ambassador for the Dolphin Project, Leilani drove a Cove-sponsored car at Daytona International Speedway, and organized a lighting of the Empire State Building to draw attention to the dolphins.

This project led her to join the board of the Oceanic Preservation Society, leading to her involvement in the documentary Racing Extinction. Remember that SAG card? It comes full circle. She engaged electric car guru Elon Musk in the documentary, and drove the James Bond-fitted Tesla Model S featured in the film.

In 2014, her Blackfish documentary-themed car was organized with some help from Sam Simon, co-creator of The Simpsons, just in time for her Talladega Superspeedway debut.

2017 was another big year for Leilani, as she was named Vegan Athlete of the Year Award at the Animal Rights National Conference in Los Angeles and gained partnership with the non-profit A Well-Fed World to drive the first vegan-themed race car in the world. 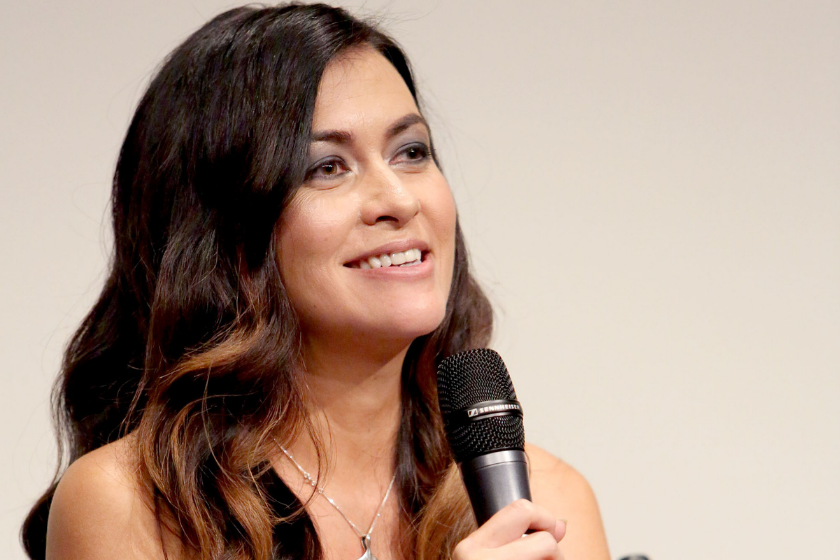 Leilani retired from racing in 2019, exhausted by the the amount of work that went into attracting sponsors who believed in environmental activism. Instead, she has become a full-time voice for solar power, renewable energy, and animal rights.

She is a popular speaker who is a board member for several environmentalist foundations, including The Solutions Project.

Leilani has also found time for love, having married her husband Craig in New Zealand in a ceremony performed by her sister's husband, Bob Weir of the Grateful Dead.

Leilani Munter has had an amazing career as a race car driver, and continues to inspire and impress not only girls who dream of driving, but anyone who dreams of a better future for the planet and all of the critters who dwell here. And, for anyone who is passionate about things that might not make sense, take heed from Leilani's story: Even your wildest dreams can come true.