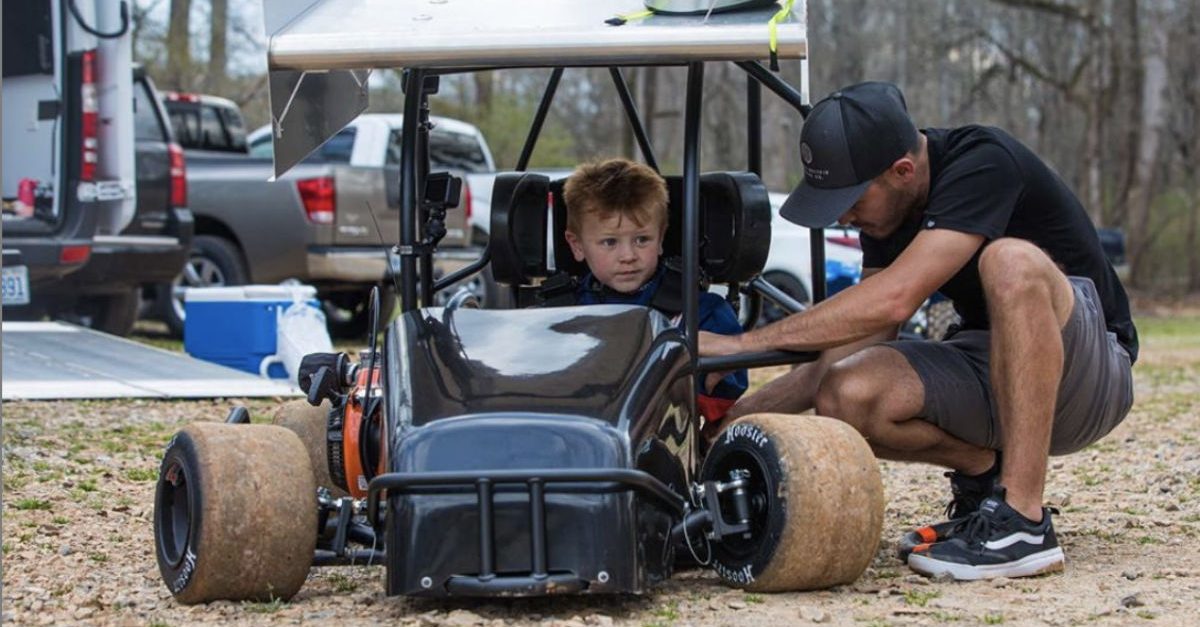 Owen Larson is a dirt track racing star in the making!

Late last week, the 5-year-old son of NASCAR Cup Series driver Kyle Larson got behind the wheel of a race car and got some laps in for the very first time. Racing in his custom-built Outlaw Kart, Owen looked like a pro out on the dirt track! Naturally, Owen’s proud dad couldn’t help but share pictures and video on social media of his son’s awesome moment.

“Owen got his first laps in a race car today,” Larson wrote in the Instagram post’s caption. “Kid did a much better job than I thought he would for his first time. Got better and better each time. This is going to make this off season fun!!”

Owen got his first laps in a race car today. Kid did a much better job than I thought he would for his first time. Got better and better each time. This is going to make this off season fun!!

Loadin her in the box for Owen’s first test day in the new Outlaw Kart!

Read More: This Is Why High Schools Should Have Shop Class

On December 22nd, 2014, Owen Miyata Larson was born to Kyle and his now-wife, Katelyn Sweet. Their second child, Audrey Layne Larson, was born on May 7, 2018. It’s crazy how time flies, isn’t it? It seems like only yesterday that Owen was driving his go-kart around in the driveway (which you can see in the below NBC Sports clip) and cheering on his dad after a second-place finish to Clint Bowyer at Michigan International Speedway.

No doubt, Kyle’s bonding moment with Owen was an early Father’s Day present. And, with NASCAR’s regular season currently being suspended through May 3 due to the coronavirus pandemic, the two will likely have plenty more bonding moments in the coming weeks.

All the more time for Kyle to teach Owen the tricks of the trade. Who knows? Before you know it, Owen Larson could be cruising into victory lane at NASCAR’s highest level and making playoff run after playoff run. Ok, so maybe we’re getting a little bit ahead of ourselves, but the kid’s definitely got skills!