Adrienne "AJ" Janic, former co-host of the hot rod reality show Overhaulin', is another shining example of women rocking it in the automotive industry. Unlike some reality television hosts, Adrienne Janic wasn't necessarily looking for a career in cars, but now she's got the resto bug.

Adrienne "AJ" Janic grew up in Whittier, California. Never heard of it? Not surprising. Nestled within Los Angeles County, this town is home to fewer than 90,000 people.

Janic is of Serbian and Mexican descent. Her father hails from Serbia and worked hard in his career as an aerospace engineer. Her mother, a registered nurse, was born in Mexico. AJ found that while she enjoyed school and graduated at the top of her class, college wasn't her calling. Instead, she thought about joining the Air Force. But, before she could officially enlist, she was discovered by a talent scout while grocery shopping.

If all of this sounds like Hollywood fantasy, the TV host insists that it wasn't all easy riding. She had to quickly learn to handle harsh rejection and constant critique. Eventually, she realized that she wanted to entertain, and set her sights on a film career. 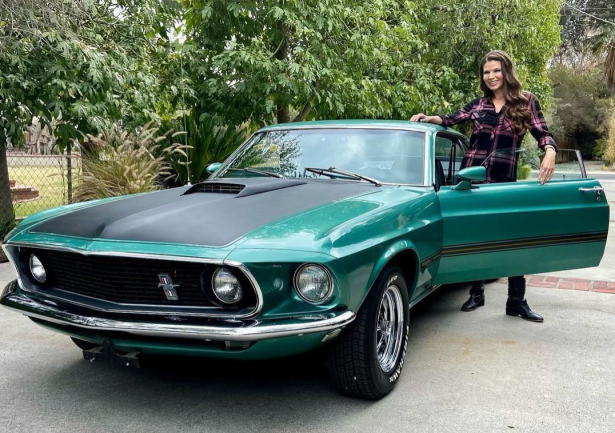 The Road to Overhaulin'

Fans of the TV show Overhaulin' identify with AJ, due to her authentic outlook and realistic attitude. Well, that, and she's really, really, REALLY pretty. As she auditioned time and time again, one lesson that Adrienne Janic learned on the road to stardom was to always be true to herself.

As an example, she points to her audition for Fanta. She wasn't prepared for the singing and dancing that was required, so she went all in and improvised a combination cheer squad performance with a Britney Spears impression, dressed in jeans and a T-shirt. Much to her surprise, she was instantly contacted with a call back, leading to a two-year career as one of the Fantanas.

AJ's perseverance is demonstrated in her IMDB filmography, with a diverse portfolio of acting credits that defy "pretty girl" typecasting. She has several television series roles to her name, including appearances as Dr. Vivian on House and roles in Kitchen Confidential, Las Vegas, and Complete Savages. She's also appeared in such films as Diary of a Sex Addict, National Lampoon's Cattle Call, Choker, and Stiletto.

In 2004, AJ's television producer husband Bud Brutsman began producing Overhaulin', at the time for TLC. She thought she would be helping prank unsuspecting people, much like she had done on The Jamie Kennedy Experiment. Instead, she began a part of a crew of talented automotive restorers, changing the world one hot rod at a time. 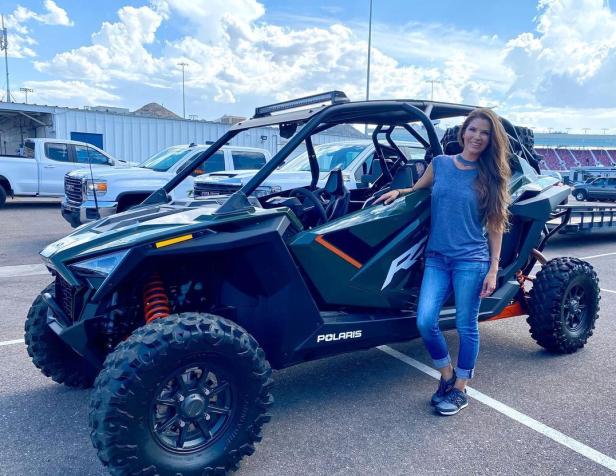 Before the TV series, AJ wasn't exactly a gearhead, but she could hold her own in a 1990 Toyota Corolla. As her time on the series progressed, she learned how to operate a slew of new tools and participate in some of the coolest vehicular makeovers on television.

Accompanied by host Chip Foose, AJ has confirmed that Overhaulin' was a complete learning experience, but she's fully enjoying the fruits of her education. She's invested in a '68 Firebird as an homage to the '68 GTO that her father drove when she was a child.

Since her time on Overhaulin', AJ hasn't veered far from the fast lane. She appeared on Hot Import Nights and co-hosted Motor Trend's Competition Ready TV show, which followed restomods on the road from rust to reward.

Fans of automotive reality shows can catch up with Overhaulin' on Motor Trend, along with the first season of Competition Ready.

Adrienne "AJ" Janic continues to appear where the hot rods are, regularly posting pictures on social media of some of the souped-up muscle cars she encounters as a TV personality. Fans will be glad to hear she still hangs out at SEMA, appearing on the show's YouTube account (check out Battle of the Builders) and likely getting inspiration for her own budding car collection.