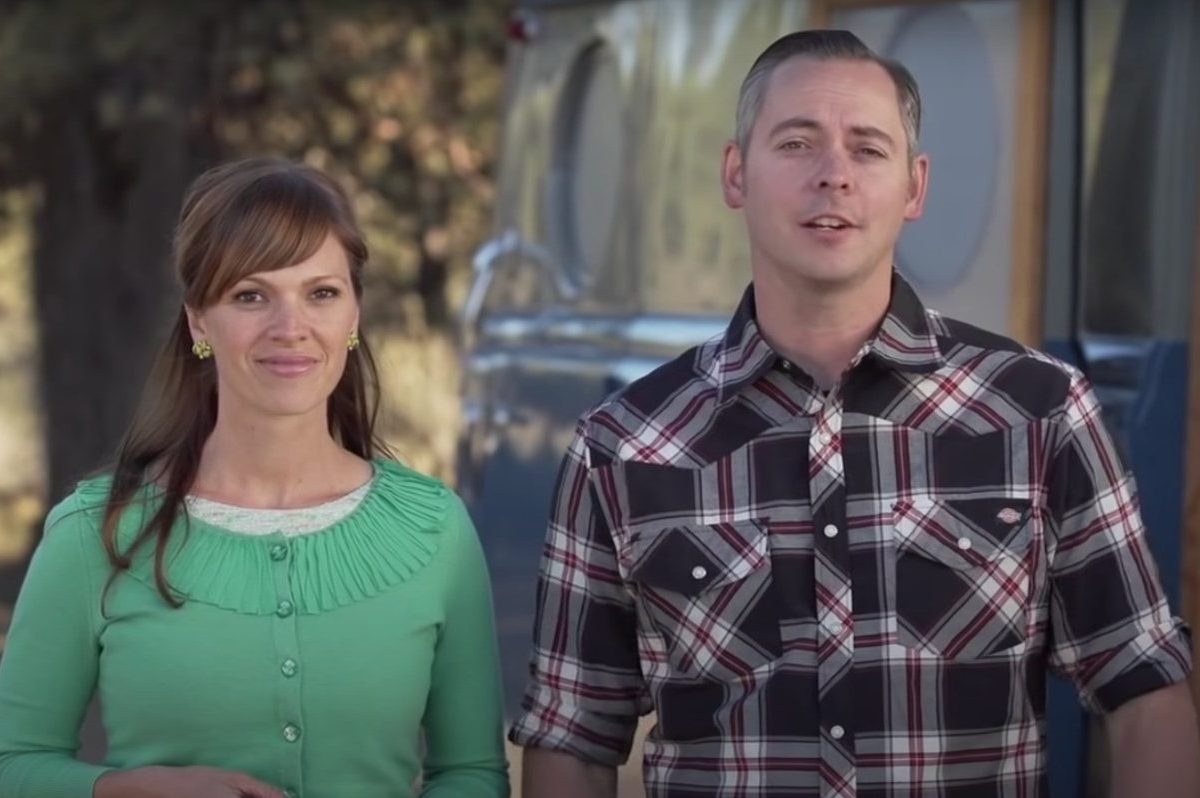 The idea of taking a road trip through the great American country side with an RV or camper has certainly been growing in popularity, especially in recent years. However, times have changed, and people no longer want to stare blankly at the inside wall when they set up camp somewhere. Instead, many people desire something more luxurious for their trip.

If you love the vintage style of campers, but also crave some modern amenities, then you’ve got to check out what they’re doing on the Travel Channel TV show Flippin’ RVs. Anna Scribner and her husband Justin Scribner show off their vintage trailer restoration skills as they find hidden treasures in the junkyard, and give them a complete makeover at their shop in Bend, Oregon. By the time they’re through with it, the customer is left with a one-of-a-kind product ready to take out on the road.

Getting to Know Justin and Anna Scribner

Anna and Justin got married back in 1997, and only a year later, Justin convinced her to go along to check out some vintage travel trailers. Having a knowledge and appreciation for mid-century styling already, she quickly fell in love with the cool lines and styling of a 1958 Shasta Airflyte. Inevitably, this was the first trailer that the couple purchased together. They completely decked the thing out, but eventually decided to put it up on the market, and it sold pretty quickly. After realizing how much fun they had, they bought another vintage RV, renovated it, and sold that one as well.

Justin grew up around camping from a young age, and he worked as a general contractor. Anna, on the other hand, was already involved with both interior design and vintage design. It makes perfect sense why the two work so well together on these camper projects.

During the 2008 recession, Anna quit her job to care for their child, and work was slow for Justin. To make ends meet, they ended up having to sell a few things, including their Shasta, Airstream, and a few old cars and motorcycles. Because of the economy, they considered other options for work. The two decided to take the restorations more seriously and pursue it full time. This led them to establish their own business, Flyte Camp, in 2010.

From the metal fabrication to the the luxuries on the inside, their craftsmanship is undoubtedly hard to match. Over the years, their business has seen a lot of success, and they’ve definitely created a reputable name for themselves. Together, they scour the United States on both adventures and scouting trips for their latest project to add to their lineup of RVs and campers. The show does an amazing job at capturing just how much thought and effort goes into each and every one of these builds, so I’d recommend checking it out if it interests you.

Only two seasons of Flippin’ RVs were released, but something tells me this isn’t the on-screen end for the husband-and-wife team. Hopefully, they’ll continue making these amazing creations for many more years to come so RVing enthusiasts all over the country can truly enjoy their time traveling America.