Fast N' Loud star Richard Rawlings has proven to be a hot commodity, not just as a TV personality, but in his own personal life. The Dallas, Texas native never really stays single for very long, but I guess that's just a benefit of being a celebrity. As of 2020, Richard has been officially married to Katerina Panos Deason, and they definitely appear to be living the good life.

If you remember, Rawlings was previously married to Karen K. Grames for a short stint in the 1990s. His most recent ex-wife is Suzanne Rawlings, and they were married twice, totaling 14 years. Eventually, they ended up divorcing in 2019, but it didn't take long for Richard to meet his next, and hopefully true love, Katerina. 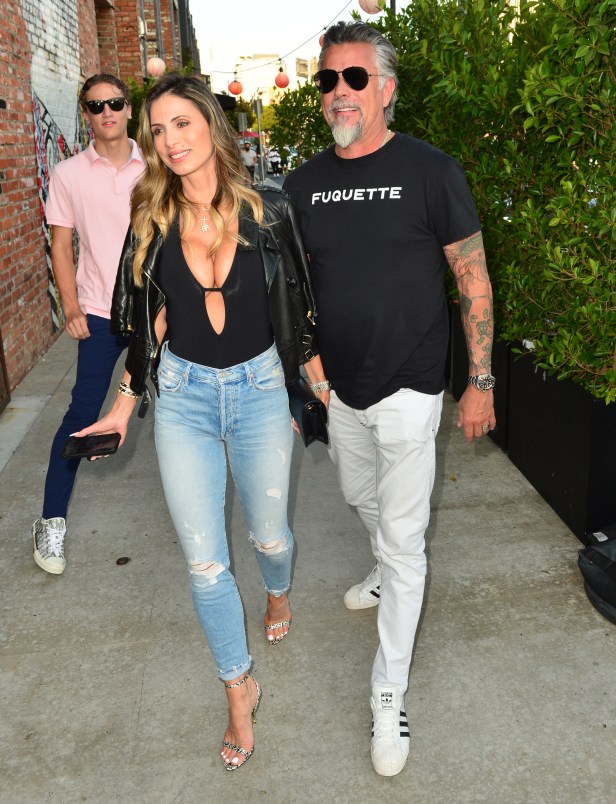 In August 2019, Richard posted a photo of himself to social media kneeling in a bed of sandy rose petals as he proposed to Katerina in Quintana Roo, Mexico at the Be Tulum resort. Of course, she said yes. Following the beautiful proposal, the couple originally had plans to do a big wedding in Greece, but they had to make some adjustments due to the coronavirus pandemic. Rather than attempt to wait it out, the two figured out how to get it done.

They decided to ditch the idea of a big wedding, and change their location to Key West, Florida, instead. Even though there was no big audience for the beach wedding, the pictures and videos that were posted on Instagram drew in lots of attention from the fans, and rightfully so. It was a big moment for the couple.

Read More: How Did Rick Hendrick Become a Billionaire?

Who Is Katerina Deason?

So, who exactly is Katerina Deason? There isn't a ton of information online to lay out a full Katerina Deason biography, but some quick facts show that she is 54 years old and is from Dallas, Texas, just like her now husband.

Katerina was actually freshly divorced herself prior to becoming Richard Rawlings' fiancée, but her lifestyle normally consisted of many types of luxuries during their relationship. Her ex-husband happens to be Texas billionaire Darwin Deason. He was the founder of Affiliated Computer Services (ACS), which he later went on to sell to Xerox for a cool $6.4 billion back in 2010. How's that for living the American dream?

Katerina married Deason in 2008, just before he sold the company. Since that point, their life started to revolve around private jets, supercars, mansions, traveling, and living a private life on their mega yacht named Apogee. Normally, they would spend three to six months out of the year on the yacht just living life in the best way possible. After the two started having issues, they separated, and officially finalized the divorce in 2019.

Katerina was Deason's fifth wife, and now she has become Rawlings' third. You might think that it would be tough to stack up to a guy who has an estimated net worth on the Forbes list, but Richard and Katerina seem to both be extremely happy with one another. He may not be a billionaire, but Rawlings has a 4,000 square-foot Dallas penthouse and has earned a nice little nest egg from his Gas Monkey Garage business and TV show career. On top of that, he loves indulging in the finer things in life. The newlyweds actually seem like a pretty solid couple. Soulmates? Only time will tell.

Hopefully, that happiness they feel together sticks around in the long run, and who knows, maybe we'll even see Katerina featured alongside Richard for his next TV project, whatever that may be. She's naturally comfortable being in front of the cameras, and I'm sure the audience would love to get to know her.