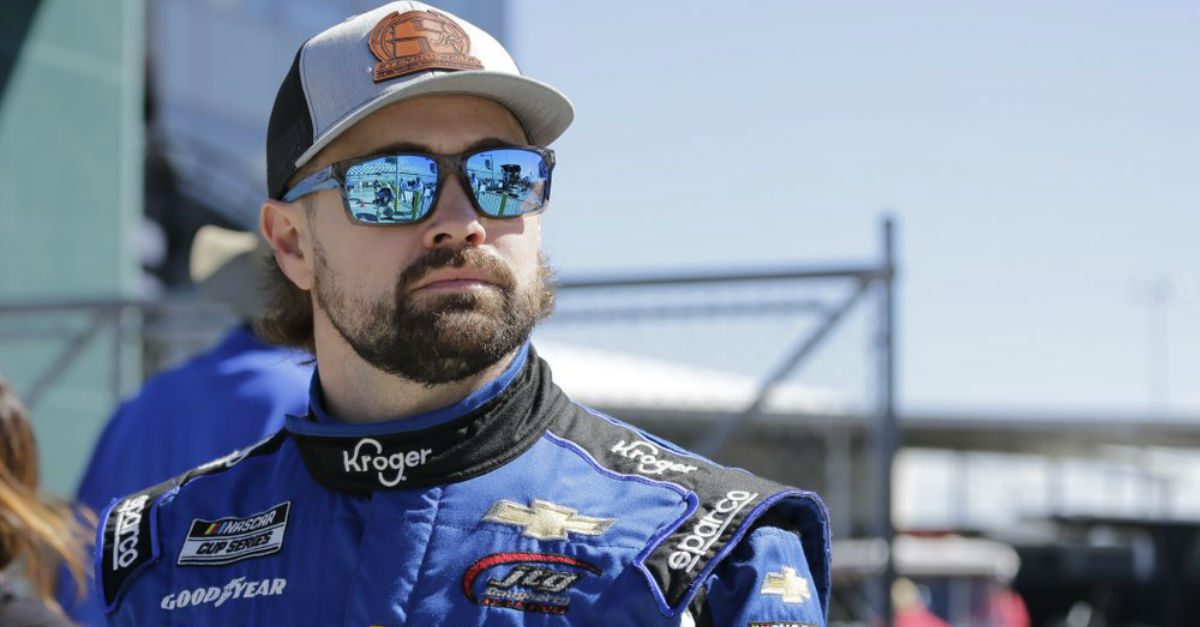 Ricky Stenhouse Jr. rocks a pretty gnarly mullet these days. It makes sense that a NASCAR driver known for his aggressive racing style would sport such an aggressive haircut. The nickname “Wrecky Spinhouse Jr.” didn’t come overnight, as Stenhouse has been known to cause a wreck or two in his day. Just ask Kurt Busch. Or Kyle Busch. Or Brad Keselowski. We could go on, but you get the point.

You know what else didn’t come overnight? Ricky’s deep pockets. Here, we’ll look at Ricky Stenhouse’s racing career and the net worth he’s managed to accumulate over the years.

Richard Lynn Stenhouse Jr. was born in Memphis, Tennessee, and raised in Olive Branch, Mississippi. His foray into racing began at the age of six, when he started racing go-karts. Over the course of his kart racing career, Stenhouse racked up 47 wins and 90 podium finishes. In 2003, it was time to move on to sprint car racing.

He started his sprint car racing career off with a bang, winning the National Sprint Car Hall of Fame Driver Poll and Dirt Winged Sprint Car Rookie of the Year. After also winning dual Rookie of the Year awards in the United States Auto Club (USAC) sprint car and midget series, Stenhouse moved on to the ARCA Racing Series in 208, making him one step closer to the big time. It wasn’t long before he was ready to race in NASCAR’s premier series.

Stenhouse started racing full-time in the NASCAR Cup Series for Roush in 2013, replacing Matt Kenseth. The only two wins of his Cup Series career came in 2017, as he won the Geico 500 and the Coke Zero 400. Currently, Stenhouse drives the No. 47 Chevrolet Camaro ZL1 1LE for JTG Daugherty Racing. Out of 257 Cup Series races run, Stenhouse also has 34 top-10 finishes and three poles.

The “Wrecky Spinhouse Jr.” moniker was eventually bestowed upon Stenhouse, due to his tendency to race aggressively and cause massive wrecks. At the 2018 Daytona 500, for example, Stenhouse sent Brad Keselowski spinning, initiating a 20-car crash on lap 54. Kurt Busch called it the “Stenhouse Demolition Derby.”

More recently, at the 2020 Daytona 500, William Byron was the first driver to wreck out following contact from Stenhouse.

?He was kind moving when he hit me first,? Byron told Fox in a later interview. ?So he pushed me left with him. Then he hit me off center in the left rear and just turned me around. ? It?s unfortunate. I feel like there?s really no reason, it?s Lap 45 or whatever it was, to be that aggressive moving across my bumper.?

Oh, well. That’s just par for the course when you race against Ricky.

Ricky Stenhouse Jr. has an estimated net worth of $20 million. A devout Baptist, Ole Miss Rebels fan, and country music aficionado, Stenhouse is also a two-time American Ninja Warrior competitor. He faired a lot better the second-time around. Maybe Ryan Blaney was a better good-luck charm than Danica Patrick.

Speaking of Danica, she and Ricky actually dated from 2012 to 2017. Today, Ricky’s dating real estate consultant Brittany Long, while Danica went a little more high profile with Aaron Rodgers. The Green Bay Packers quarterback may have more in the bank than Ricky, but he’s got nothing on that sick, flowing mullet.

WATCH: Tony Stewart’s Net Worth: What 20+ Years of NASCAR Domination Looks Like