Ryan Blaney is currently running his seventh full-time NASCAR Cup Series season, and at only 28 years old, the Team Penske driver likely has a long career ahead of him. But, we're not here to talk about the North Carolina native's racing accomplishments. That's an article for another time.

Blaney, the son of NASCAR driver Dave Blaney and grandson of sprint car legend Lou Blaney, is currently dating Gianna Tulio. If you couldn't tell already from her picture, Gianna is a model, and a successful one, at that.

The 23-year-old Tulio has cultivated an impressive career as a Hooters model for the last several years, and when she isn't cheering on her boyfriend from the grandstands, she's bopping around from one state to the next and building her ever-growing personal brand.

Let's get to learn a little bit more about the drop-dead gorgeous Gianna!

Who Is Gianna Tulio? 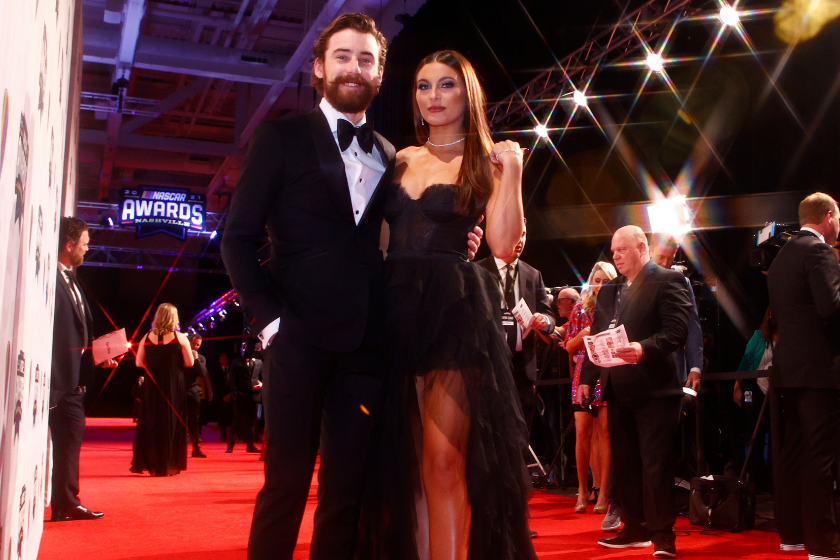 Originally from Philadelphia, Gianna Tulio eventually moved to South Florida for her senior year of high school, and graduated with a business degree from Florida Atlantic University in 2020.

She took her schooling seriously, and was consistently on the dean's list. During this time, she also worked at the Boca Raton Hooters, which is where she caught her first modeling break in 2019.

After a series of photoshoots in Fort Lauderdale, Florida and the Bahamas, Tulio was pleasantly surprised with the news that she would be the coveted Miss June in the 2019 Hooters Calendar. Building off her promising momentum, Tulio was also featured in the 2020 calendar.

In July 2021, Tulio was crowned the 24th Miss Hooters International during the Miss Hooters Pageant in Orlando, beating out 19 other finalists. Also receiving the pageant's Miss Photogenic award that night, Tulio became a brand ambassador and spokeswoman for Hooters after her big win. Her responsibilities include appearing in ad and marketing campaigns, traveling to assist in Hooters openings, and attending other special outreach events.

In her spare time, Gianna loves to do a lot of traveling, which you can tell from Instagram page. She documents and categorizes each of the places she visits, and it's a good thing she's a NASCAR fan, because Blaney's career as a racer does require quite a bit of moving around.

Ryan certainly seems to have found a keeper here with Gianna. It should be pretty interesting to see what the future holds for this couple.

MORE: "You Can't Shoot a Ghost": NASCAR Driver Ryan Blaney Is More Scared of the Paranormal Than Burglars