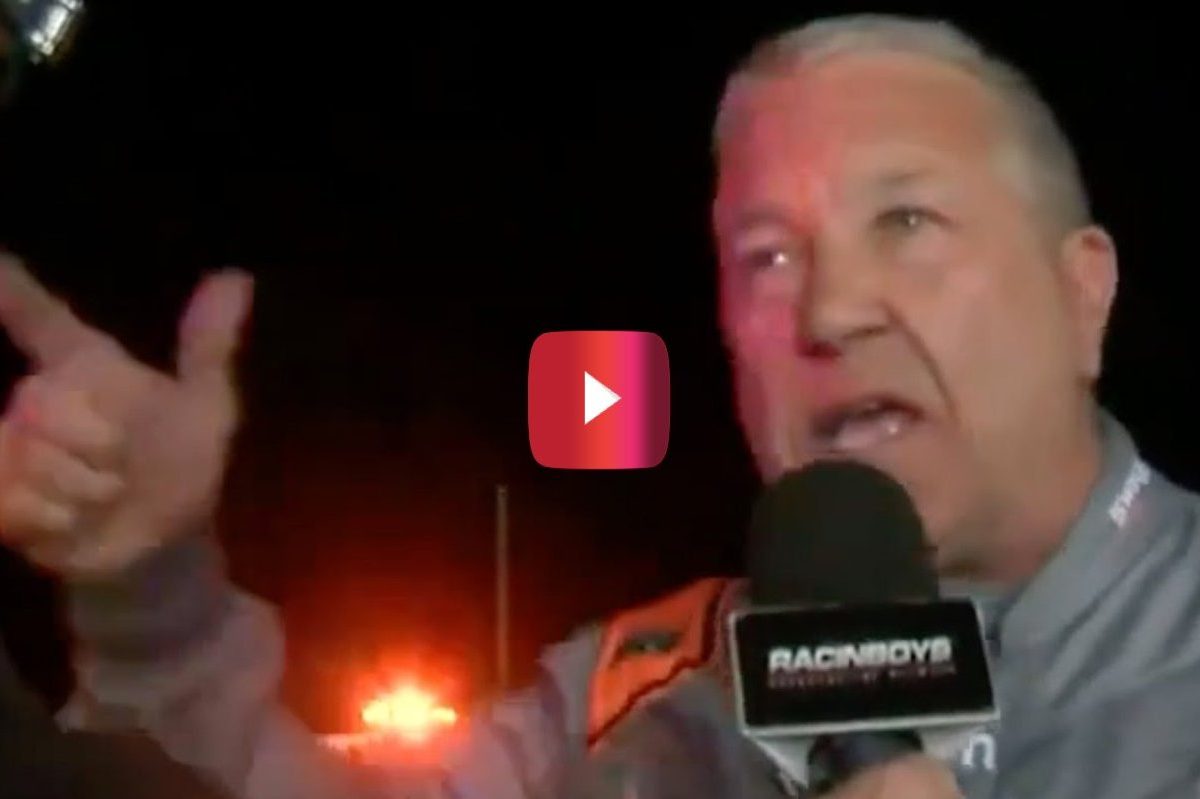 If you’re a three-time winner and four-time runner up in the World of Outlaws series, a former NASCAR driver and Champ Car racer, and have been successfully racing for over 50 years, then you get to be a little perturbed when folks get in your way.

Driving in the Lucas Oil ASCS at the Devil’s Bowl Speedway, a half-mile dirt track known as the “Birthplace of the World of Outlaws,” Sammy Swindell was pinched in the corner by younger driver Justin Zimmerman. Thankfully, both drivers were fine after a few flips off the track. But, Swindell’s pointed interview with RacinBoys after the fact indicated that he’s less than pleased with the state of today’s motorsports. A clearly-shaken Swindell stated, “All you gotta do is buy a pit pass to get to drive!”

And, though the temptation to dismiss his claims with a succinct “Ok, Boomer” is there, he might just have a point. After all, he’s Sammy Swindell.

The Legend of Slammin’ Sammy

His first race in the NASCAR Xfinity Series was in 1984, when it was still known as the NASCAR Busch Grand National Series in the Goody’s 300 at Daytona International Speedway. He moved up to the NASCAR Cup Series in 1985, finishing 85th in the Atlanta Journal 500.

He then headed to the Champ Car CART PPG Indy Car World Series for three starts in 1985 and 1986. Swindell tried qualifying for the 1987 Indy 500, and considered campaigning for Rookie of the Year 1991 in the Winston Cup Series. He even did a limited tour with the 1993 Busch Series, and raced the full 1995 season with the NASCAR Craftsman Truck Series. But, after a series of crashes and bad luck, Sammy Swindell headed back to sprint car racing.

Sammy had barely taken a seat behind the wheel before he won his third World of Outlaws sprint car title in 1997.

All told, he has nearly 400 World of Outlaws wins, including two wins in the King’s Royal at Eldora Speedway, the Gold Cup at Chico, and the Williams Grove National Open, to name just a few. He’s the sixth all-time champion at Knoxville Raceway with 44 wins on the track, and is second to Steve Kinser in top-ten finishes. The man’s resume goes on and on.

The dirt track at River Spirit Expo in Tulsa, Oklahoma is home of the Chili Bowl Midget Nationals, and the site of an unprecedented number of victories for Sammy Swindell. Known as the “Super Bowl” of midget racing, the Chili Bowl is in the Swindell family’s blood.

While many people can say that they slow down in their 60s, that’s not true for Sammy Swindell. On the speedway, behind the wheel of a sprint car, there’s no such thing as slowing down. Just watch where you’re going, alright? Stinkin’ kids…