If you're a NASCAR fan, then you recognize Shannon Spake as the host of Fox Sports' NASCAR coverage. But the broadcasting vet has pretty much done it all in the sports world, having covered the NFL, NBA, college football, and college basketball over the years.

Being an accomplished athlete herself, Spake is just as much a fan of the sports she covers as the folks watching at home. Obviously, she appreciates a little more renown than the average sports fan. Aside from her time in front of the Fox Sports' cameras, she also has a Pixar movie credit to her name (she voiced the character "Shannon Spokes" in Cars 3). Just one of the many perks of being a famous media personality. 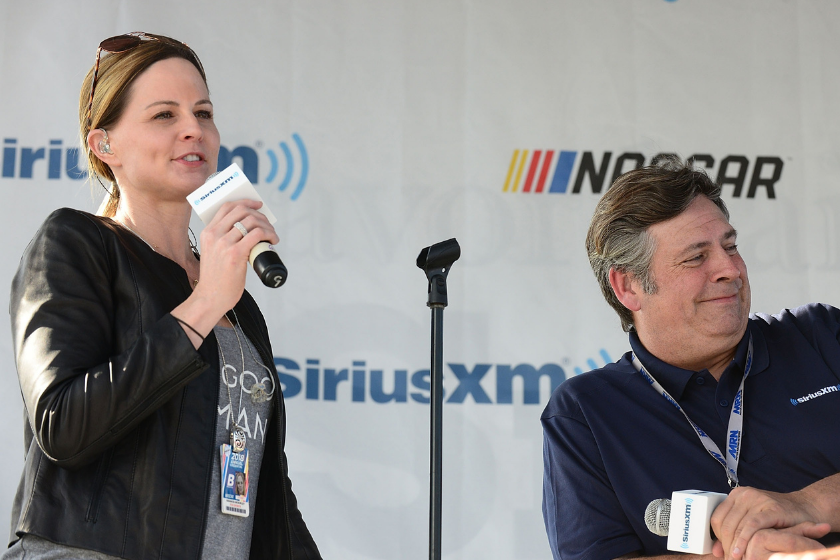 Spake got her big break in the media business when she interned for the Neil Rogers Show on Miami's WQAM back in 1999. Shortly after, she made the big move over to New York City where she started working as an assistant director of on-air promotions at Nickelodeon.

From 2000-2002, Spake worked at CBS, covering such major events as the September 11th attacks and the 2000 Presidential election. By 2003, she was working as a production assistant for Real Sports with Bryant Gumbel, while also doing freelance production work for several other programs. Later that year, she was hired on as a producer and reporter for the Fox-affiliated WCCB-TV. Spake joined on to report for the NBA's Charlotte Bobcats.

By 2005, Spake moved over to the Speed Channel's NASCAR Nation as a co-host of Backseat Drivers, and even reported from the NASCAR garage during the 2006 Daytona SpeedWeeks. This was the very start of her business relationship with Fox. Spake proved how much of a jill of all trades she really was in the years that followed. Starting in 2006, she was a sideline reporter for college football games, including some bowl games. Fast forward a bit, and Shannon also worked as sideline reporter for ESPN's Saturday Primetime as well as Super Tuesday SEC college basketball events. While at ESPN, she also covered the 2015 NBA draft and covered tons of championships including the Final Four for SportsCenter. Even while she was doing all this, she also had the additional task of being a pit reporter for numerous NASCAR events.

Since her move back to Fox Sports in 2016, she has worked as an NFL reporter. The 2022 season will mark her sixth year in the position, and she'll join play-by-play announcer Kenny Albert and analyst Jonathan Vilma. Since 2017, Spake has also co-hosted NASCAR Race Hub and FS1's daily NASCAR news and highlights show with Adam Alexander, where she handles all the anchor duties for the NASCAR Cup Series, NASCAR Xfinity Series, and pre-race live shows.

Shannon Spake's Life When the Cameras Are Off 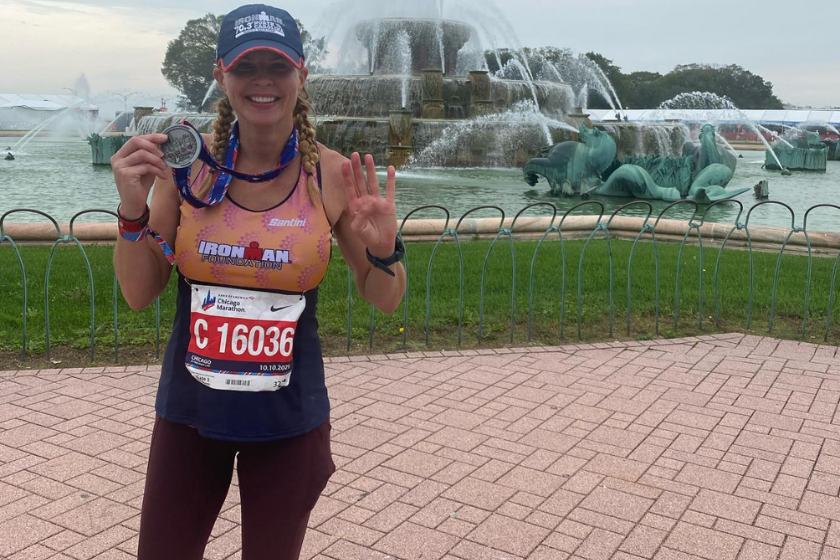 Shannon Spake may have born and raised in Sunrise, Florida, but life hasn't always been sunshine and rainbows for the beloved broadcaster. Shannon was diagnosed with scoliosis at a young age, and it got so severe that she needed to have surgery by the time she was 13. Fortunately, that didn't slow her down one bit. Throughout high school and college, Shannon continued to swim competitively. As it turns out, her talent in the pool earned her a scholarship at Broward College, though she later went on to transfer to Florida Atlantic University where she received a Bachelor's degree in communications.

Today, Shannon lives in Charlotte, North Carolina with her husband Jerry McSorley, and together they have two identical twin boys. While her day job keeps her pretty busy, Shannon also dedicates a lot of her free time to participating in and fundraising for the Ironman Foundation. As part of the Ironman Foundation Ambassador Program, Spake has completed in seven half-Ironmans and run in a number of marathons. Last year, she was training for the Ironman World Championship in Hawaii, though the event was unfortunately cancelled due to the COVID-19 pandemic. Here's hoping that Shannon is able to check off her major bucket list goal this year!

MORE: Mike Joy Has Seen It All During His 50-Year Career as a NASCAR Broadcaster