Do You Know the Haunted Story of Talladega? 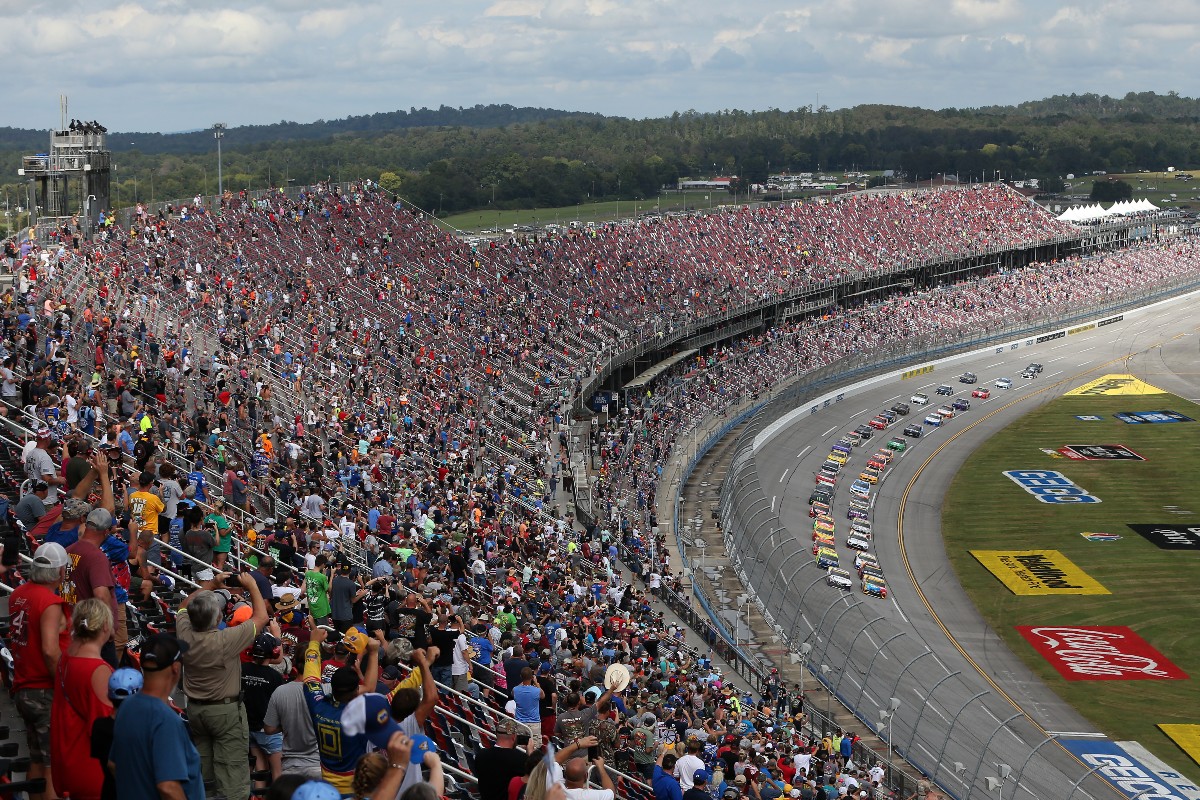 Talladega Superspeedway is one of the most popular tracks in NASCAR, and for good reason. The track boasts some of the fastest racing on the NASCAR schedule, and the infield partying during race weekend is downright legendary. But, before you book that next trip to Dega, you may want to read up on the rumors of it being haunted. Discussion surrounding Talladega’s terrifying history tends to resurface around October. You know, the scariest month of the year.

Commonly referred to as the Talladega Jinx, the superspeedway’s spooky past goes back quite a ways. Let’s take a step back and learn a bit more about how it originated, and why people still believe in the Jinx today.

So, there are actually a few different stories behind the legend, but they all have a similar origin. That is, the land that Talladega sits on used to be occupied by Native American tribes.

The first story has to do with Andrew Jackson seizing the area of land from the Creek tribe. As a result, a Creek shaman was said to have cursed the land. A second story suggests that the speedway itself was built on top of Native American burial grounds. Another narrative indicates that a Native American chief was killed around where Talladega was built after being thrown off his horse during a race.

For those who have never experienced any type of paranormal activity at Talladega, these stories are nothing more than urban legends. Though, perhaps it’s the many tales from folks who can attest to the curse that makes it so believable.

Take, for example, Scott “Poptop” Clodfelter. He’s a NASCAR hauler driver who is a strong believer in the haunted rumors. Since 2008, he’s been making trips to Alabama for the annual Talladega races. According to Clodfelter, nearly every single time he gets around the area, he has problems with his truck for no particular reason. As someone who drives year round, he explains that these issues only pop up when he’s around Talladega, and they seem to coincidentally go away after he leaves.

You’ve also got the account of NASCAR legend Bobby Isaac. Back in 1973, Isaac was leading the race at Talladega when, all of the sudden, something ominous occurred. He claims that he heard strange voices telling him to exit the car immediately. This wasn’t something he took lightly. Shortly after this, he pulled his race car into the pits, and refused to finish the race.

How exactly is Talladega jinxed? Well, that tends to vary from person to person. Some refer to the track as being Satanic. Others say that it’s haunted by ghosts. With as many testimonies as there are, there’s surely something eerie going on over there, even if it doesn’t affect every single person the same way.

Many have capitalized on the legend of the Talladega Jinx, including director Terry Gilliam. His 2010 short film called The Legend of Hallowdega gives a comedic take on Dega’s history. Starring David Arquette and Justin Kirk, and featuring such NASCAR greats Darrell Waltrip and Dale Earnhardt Jr., the mockumentary was shot in Charlotte, North Carolina and Talladega Superspeedway itself. This isn’t something you’d see on The History Channel, but it’s enough to give you a good laugh.

When talking to fans, it’s hit or miss on who actually believes in whether or not Talladega is haunted, but who am I to say whether they are right or wrong? It seems like most of the ones directly affected by the creepiness at Dega are either the drivers themselves or NASCAR team members.

But, hey, maybe you’ve even experienced some strange occurrences for yourself. Either way, Halloween is right around the corner, and this makes for quite a good scary story to send chills down the spines of NASCAR fans. Keep that in mind the next time you head toward Alabama for the big race.