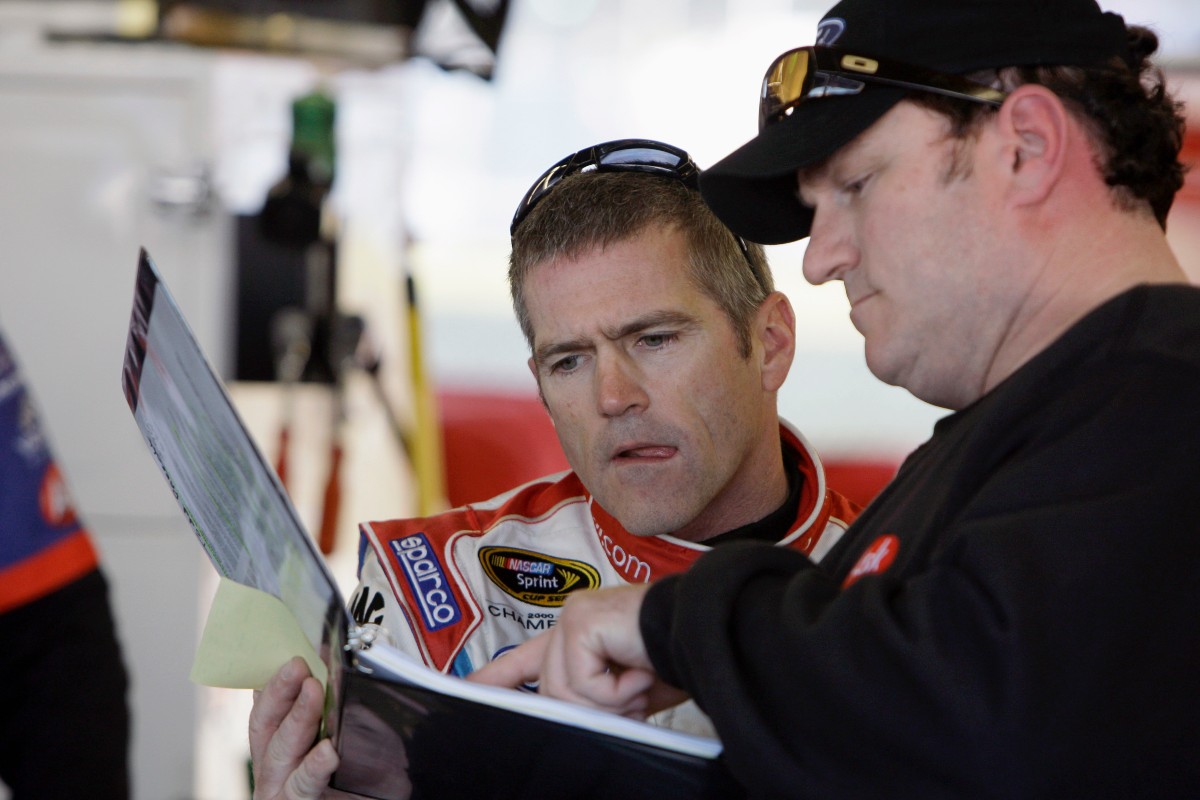 We’ve heard of plenty instances of NASCAR drivers getting busted for violating the league’s substance abuse policy, but crew chief Todd Parrott has a story to prove that anyone involved in the sport will be held to the same standards. Parrott is tied for the second-most winning crew chief in the NASCAR Cup Series with 31 wins. But, it wasn’t a smooth road to get there.

With his father Buddy Parrott’s influence, Todd first became a crew chief for Robert Yates Racing back in 1995. He worked with Dale Jarrett, who went on to win multiple Daytona 500s and the 1999 Cup Series championship. Parrott worked with countless racing teams over the next decade, including Petty Enterprises, Hall of Fame Racing, and Roush Fenway Racing.

By 2013, he worked with Richard Petty Motorsports as the crew chief for Marcos Ambrose, but he eventually transitioned over to working with the No. 43 Ford driver Aric Almirola. It was during this year that his stock car profession was put at risk.

You see, Parrott was already a champion crew chief, but that didn’t put him above the rules and regulations of NASCAR. Fans and teams were left shocked after reading the headlines “Crew Chief Todd Parrott Suspended.” This was due to a failed drug test, which NASCAR does not play around with. He was suspended indefinitely, as well as released from his full-time position at Richard Petty Motorsports.

At this point, Parrott truly feared that his 30-year racing career was over. After receiving a phone call from NASCAR, he accepted responsibility for his actions stating, ?I wasn?t going to hide from it. I knew I had screwed up and I?m better than that.?

With determination to return to the sport, Parrott attended NASCAR’s Road to Recovery program to set things straight. After completing it around 2014, he was officially reinstated by NASCAR. Even though he was back and already had so much experience in the sport, he truly feared that no one would hire him. Fortunately, he was quickly picked up by Tommy Baldwin Racing as the crew chief for Reed Sorenson in the Sprint Cup Series. Later that year, he announced he would be moving over to Richard Childress Racing.

In 2015, things came back full circle. Austin Dillon achieved the victory at the Xfinity Series race in Las Vegas, making Parrott cry tears of joy at the pit box. He was overrun with emotion after nearly losing it all, then becoming a winner once more. Since then, he has remained on a straighter path and continued doing what he does best at the speedways.

His story shows just how easily he could have lost his entire NASCAR career, but it’s also inspiring to see the actions he took in order to ensure he would return to the pit box again. While he took a break from being a crew chief in 2019, Parrott later returned and currently works for B. J. McLeod Motorsports as the crew chief for their No. 78 Chevrolet Camaro ZL1 in the NASCAR Cup Series.