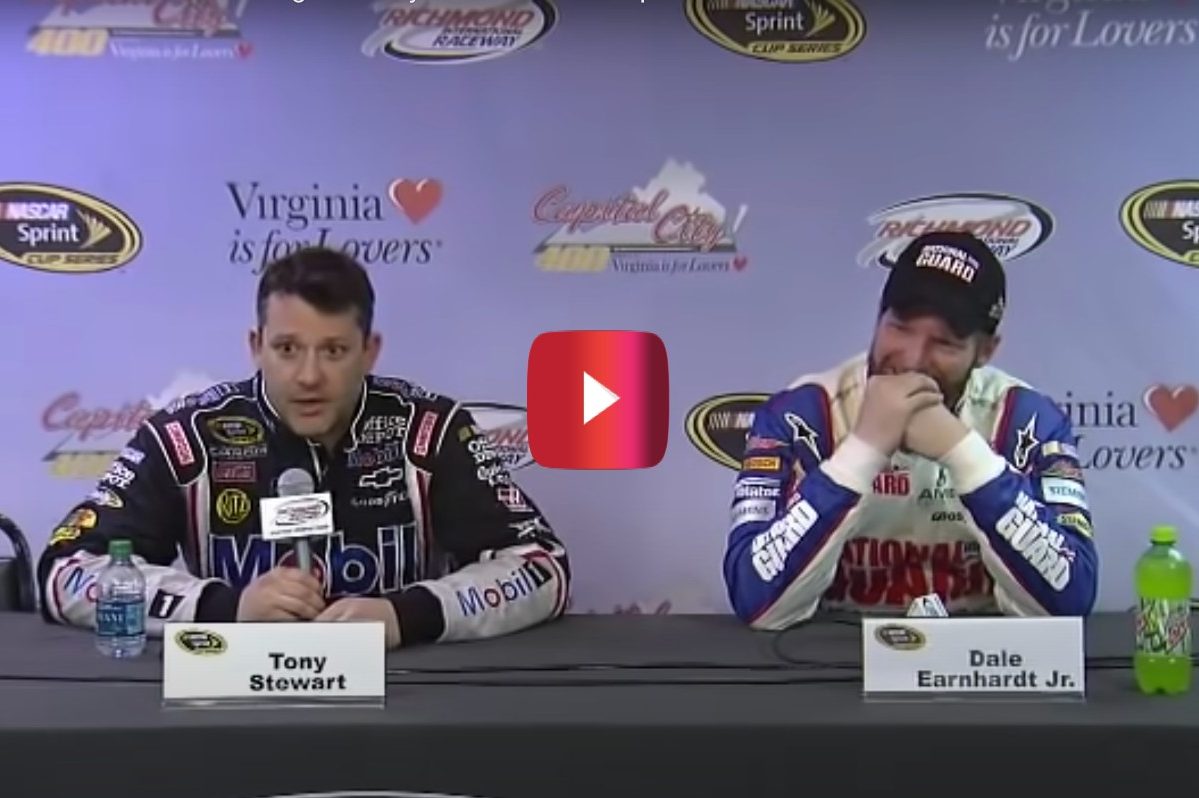 This moment back in 2012 with Tony Stewart and Dale Earnhardt Jr. is absolute gold. The two drivers sat down for interviews after the Richmond NASCAR race, and Tony decided to throw a few jabs at ESPN reporter David Newton, after he made a pretty ridiculous statement.

Of course, Dale Jr. tried his best to contain his laughter following Tony’s statements. The whole situation is pretty hilarious.

The video starts off with Newton talking to Stewart about the fact that there have been no wrecks in the last three races. He follows it up by asking Stewart if that amazes him, and if he’s ever seen anything like that. It’s almost like Junior knew he was going to say something stupid, because he starts chuckling almost as soon as Newton begins to talk. Once he finished asking his bogus question, Stewart had the perfect response to this reporter:

“David, only you’d think about stuff like that,” Tony says. “I don’t know what you think of during the races, but I try to figure out how to win the race and make my car go fast. I don’t sit there and think of that petty crap that you think of.”

Now, obviously, top drivers like Dale and Tony are thinking about winning races, rather than intentionally crashing into each other, so I’m not really sure why this reporter thought that was an important question to ask. I’m glad he did though, because I enjoyed watching Tony casually lay into him like that. Judging by Tony’s response, it’s clearly not the first time that both he and Earnhardt had run-ins with Mr. Newton.

As if the comments from Stewart weren’t hilarious enough, watching Earnhardt’s face attempting to hold back his laughter was absolutely priceless. I guess you play stupid games, you win stupid prizes, and this reporter definitely won a stupid prize. I wonder if he got enough information to make a story out of it. Hopefully, he came back the following week with a question that was a little more worth answering.

MORE: 10 NASCAR Fights That Made Headlines