Unless you've been living under a rock, you're probably all caught up with the drama surrounding Stewart-Haas Racing. Long story short, NASCAR's been crushing SHR's drivers with massive penalties. First, it was Kevin Harvick after the Talladega race. Then, it was Cole Custer after the Charlotte Roval race. All the while, SHR remained staunch in standing by Harvick and Custer and appealed both cases. If it sounds like an arduous and annoying process, it is. So much so that SHR co-owner Tony Stewart doesn't want to talk about it.

The NASCAR Hall of Famer is all bent out of shape because SHR recently announced that they would no longer be going forward in appealing Harvick's fines and point deductions. While the team is still appealing the $200,000 fines and other penalties levied against Custer, the decision to drop the Harvick appeal clearly wasn't one that Stewart is all too happy with.

"I'm not going to talk about it," Stewart told Associated Press on Wednesday. "I'm so mad at NASCAR right now, I'm not talking about it." 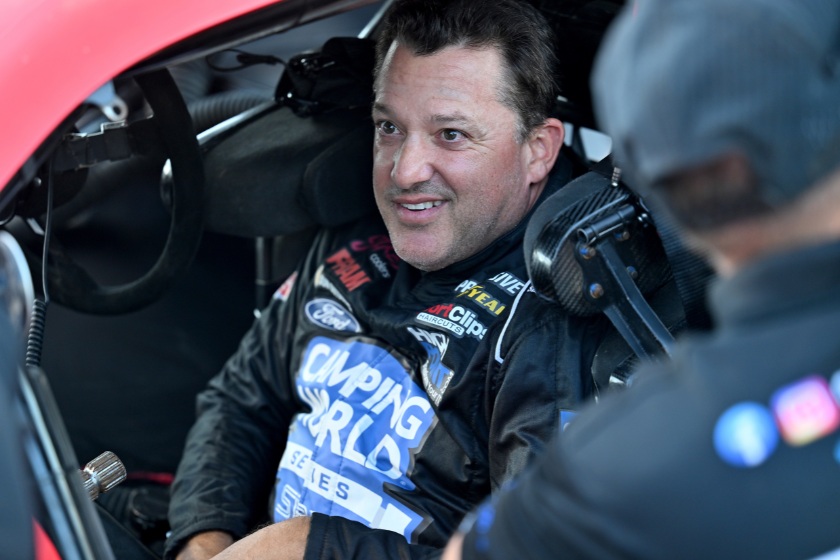 During the AP interview, Stewart seemed all-too eager to change the subject from NASCAR to his new favorite motorsport: drag racing. On Wednesday, he was in Forth Worth, Texas for his 13th Smoke Show racing fantasy camp, and this weekend he heads to Ennis for the NHRA Texas Fall Nationals.

"Super glad I'm going drag racing this weekend," Stewart said. "If it weren't for the fact that I've got a couple of appearances that I have to make, I wouldn't be in another NASCAR race the rest of the year. Wouldn't waste my time."

Stewart's dismissiveness of NASCAR is telling. Sure, he's been extremely vocal about his problems with NASCAR in the past, touching on everything from the tires to the lack of superstar talent over the years. But, that's just the thing: he was vocal, and that seemed to indicate that he actually cared about the product and making it better. Now, it seems like he's so fed up with the leadership and their decision-making process that he really doesn't even want to bother anymore.

It would probably be a stretch to say that Stewart will be completely cutting ties with NASCAR anytime soon. But, he is "looking for a new weekend hobby." Something to take NASCAR's place at some point? Seems like it.