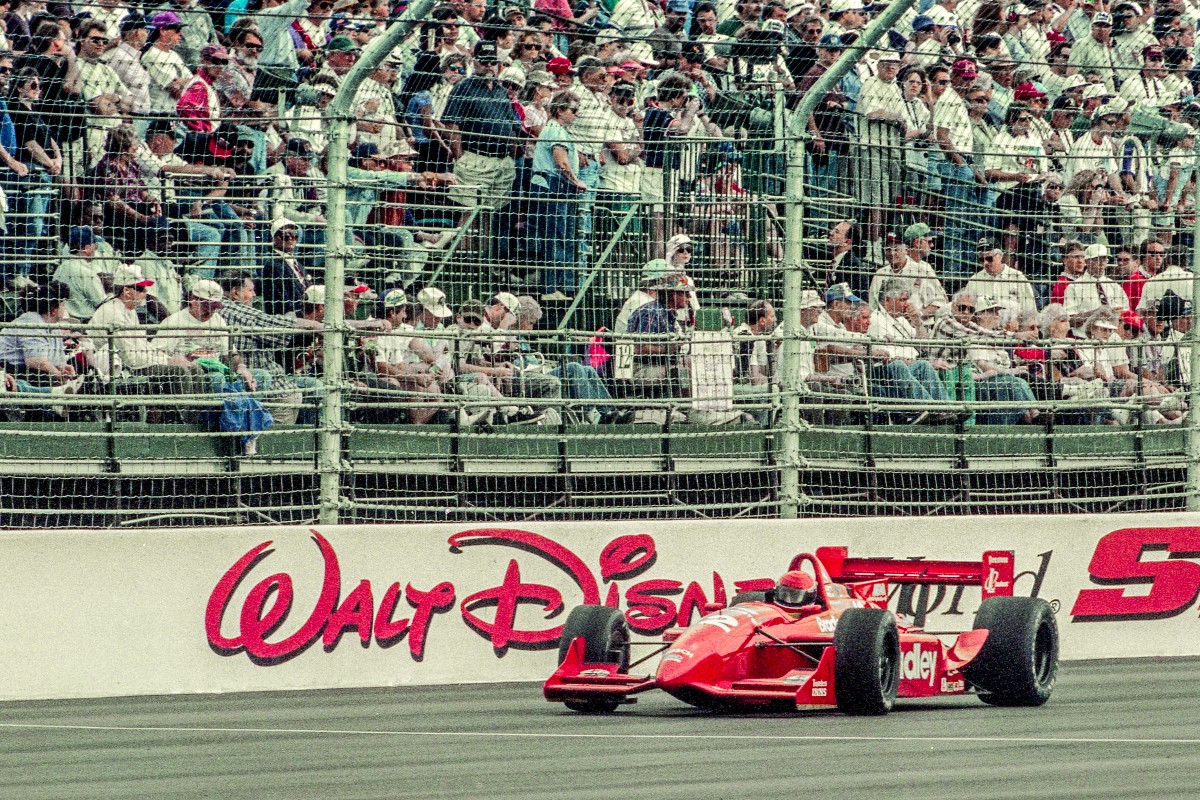 Well, you may have heard the recent news that Walt Disney World Resort has decided to reopen once again after their shutdown. That’s great and all, but what I really want to know is when they’re going to reopen Walt Disney World Speedway. Sadly, it looks like it’ll probably be gone for good.

You might remember a few of the races that went down at this track in the late 1990s. It was a unique tri-oval race track located adjacent to the Magic Kingdom theme park near Orlando, Florida.

The idea to build a track was actually a relatively cheap and profitable decision for quite some time. However, as the years went on, it started to become more of a headache with the numerous issues that revolved around the placement. Regardless, the track was still used in a variety of different ways, even after it eliminated professional races.

Let’s take a more in-depth look at the history and the fate of the old speedway.

The speedway originally completed its construction in 1995 with the help of IMS Events, Inc., a subsidiary of the Indianapolis Motor Speedway Corporation. It was a three-turn track, and each corner had different bank angles. They ended up going with this design, because it perfectly fit the triangular plot of land without having to deal with rerouting the surrounding roads. AutoWeek Magazine and the Orlando Sentinel gave the nickname “The Mickyard” to the track. It was dubbed that as a mix of Mickey Mouse and Indianapolis Motor Speedway’s nickname “The Brickyard.”

It cost $6 million to build this speedway, which is somewhat cheap if you compare it to the cost of building modern tracks. Everything beyond the track itself on the plot of land was designed to be temporary. The grand stands, the concessions, it was all meant to be able to move relatively quickly if needed.

The cheap construction was beneficial at the beginning, but the maintenance to the grandstands and the amount of room needed for parking started to cause issues. Track attendees were told to park in the Magic Kingdom parking lot, which was close to the speedway, but the folks that were there for the theme park were redirected to the Epcot parking lot, where they would have to take a monorail or bus to the entrance.

The first race was held January 1996. The Formula Ford 2000 support race was on the 26th, and the Indy Racing League (IRL) Indy 200 happened on the following day. A massive crowd of 51,000 showed up for the opening race. The track was mainly a spot for Indy Racing League events, and the Indy 200 was even held there for several years, but NASCAR events were held there as well.

As the years went on, the track started to draw less of a crowd to the races. Not only that, but some were starting to complain about the safety after a few different drivers were involved in major accidents during IRL races.

After the 2000 IRL season, IndyCar series officials and Disney were unable to come to an agreement on the date for the 2001 race. The original January date was turned down due to the teams not having enough time to prepare. After talking about moving it to February, Disney decided that wouldn’t work either with Super Bowl XXXV taking place in Tampa during the same weekend.

Labor Day weekend was suggested, but that was also shut down, due to it being the peak season at Disney World. Ultimately, the race for 2001 did not get scheduled, and IRL removed the speedway from the schedule permanently. The NASCAR Truck Series declined to renew contracts as well. Disney officially concluded the professional racing events from the speedway following this.

In 1997, the Richard Petty Driving Experience was first introduced. It was a stock car-based organization that allowed people the opportunity to drive or ride in NASCAR cars. It was the only track used by RPDE that, weather permitting, could operate 365 days each year, which proved profitable and kept the track alive after the professional racing stopped.

By 2008, it was announced that Indy Racing Experience would be coming to the speedway, offering its fans ride-alongs in two-seater race cars. By 2012, supercars were also available to take around the track, thanks to the Exotic Driving Experience. Modifications were added to the infield, creating the “exotic course,” which was a one-mile layout running clockwise that combined both a street-style course and an oval.

The End of an Era

Disney officially announced on March 27, 2015 that Walt Disney World Speedway would be closing on August 9, 2015. Demolition started shortly after, in order to make way for “transportation improvements” by expanding and reorganizing the Magic Kingdom parking lot and entrance. That was pretty much a wrap for the beloved speedway. It had a good run, but in the end, it just wasn’t feasible for the company to keep it around.

There was a significant incident that occurred shortly after Disney’s original announcement of the closure. Gary Terry, a driving instructor for the Exotic Driving Experience, was riding in the passenger seat of a Lamborghini Gallardo when the student driver lost control and struck an exposed wall at the track.

It impacted the passenger side directly, and Terry was killed instantly. After an investigation, no charges were brought on the driver due to the location being a private track. It was certainly not a great way to put an end to the speedway.

The Walt Disney World Speedway sure had one hell of a run, but I think it’s safe to say that they will not be reopening anytime soon. At least that’s the case for that particular location.

There were rumors at one point that the speedway would move to another location, however, that is unlikely for the near future and yet to be proven true. Regardless, the track served its purpose, and it was never meant to be permanent. I just hope that one day they’ll decide to pursue this venture once again.

MORE: Do You Know the Haunted Story of Talladega?