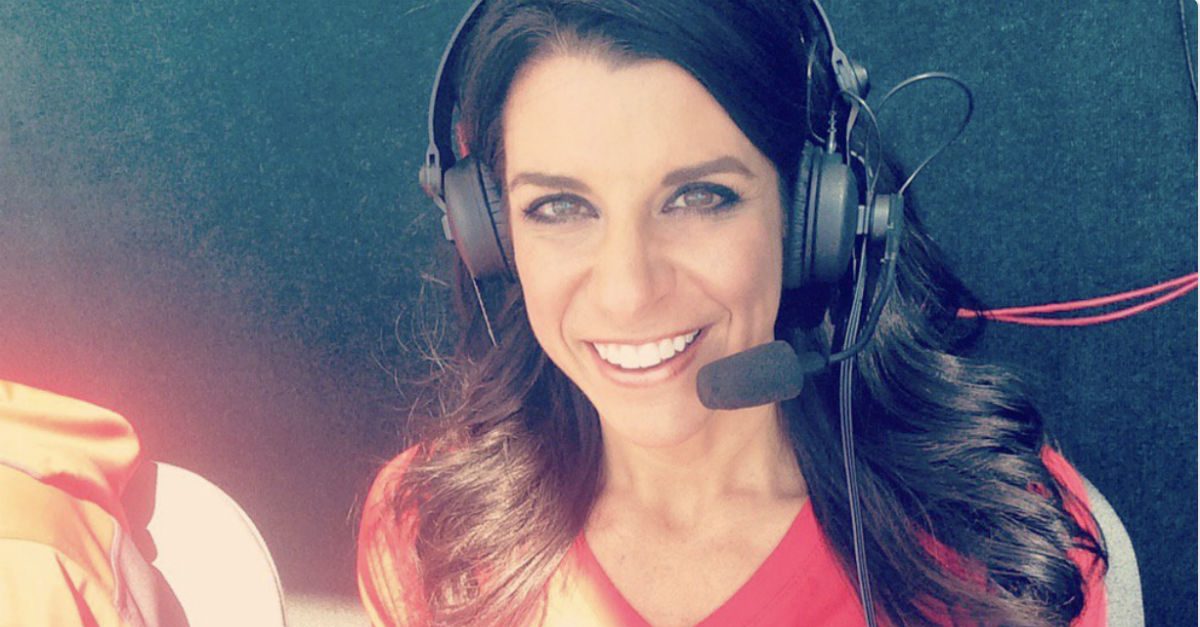 It was back on June 23 when NASCAR broadcaster Wendy Venturini was hit by a Mazda Miata at around 20 MPH while jogging in Novato, California. The jarring impact caused the Performance Racing Network reporter to somersault over the hood, roof and trunk of the car, before eventually slamming hard onto the pavement.

Venturini was immediately hospitalized following the accident and was diagnosed with a concussion and a skull fracture.

More than a month after the accident, Venturini recently took to Facebook to provide an update on her condition. And while coping with her injuries certainly hasn’t been easy, Venturini continues to remain hopeful.

?I don?t look differently. But skull fractures are no joke.? The pressure and pain still on the back left side of my head are straight up legit. Cognitively, I feel good. ???????? I?m still sarcastic. So that?s encouraging. ?

?My ear is still clogged partially with fluid from my skull fracture. While it?s dissipating, it?s still annoying. I feels/sounds like when you have water in your ear. They said 4-6 weeks to clear. I have another audio test to do again.

?I feel (son) Caleb has been robbed of his summer with my recovery. I?ve also answered questions from him and reassured him about things that I never expected to at this point. No, Mommy is not dying and is not going anywhere!!

?I miss my NASCAR family. I?m beyond grateful for the outpouring of love and support. I can?t wait to get back on-the-air at Bristol. ? Loud noises are processed differently and bother me still as my concussion subsides, so this will be a huge test for me in 3 more weeks.?

Judging from the picture Venturini painted with her update, her recuperation process will be quite the uphill battle going forward. But it’s not all far-fetched to think that, especially when taking her positive attitude and can-do spirt into account, Wendy will be back on the track as soon as she can be.

Is anyone else’s child obsessed with @SharkWeek @Discovery?! My 7yo loves sharks🦈and art 🖍. What about @NASCAR vs Shark episode?🤔I have appreciation for hard-work that goes into these productions @ABC4EXPLORE 🎥 #LawsOfJaws #GWAbyss #Submarine @Crayola @trackerboats🤷🏻‍♀️😄 pic.twitter.com/nAR3FkZvPQ

Wendy Venturini at a Glance

When it comes to Wendy Venturini?s broadcasting career, ?trailblazer? is probably one of the first words that come to mind. In September 2014 at New Hampshire Motor Speedway, Venturini became the first woman to serve as a co-anchor for a NASCAR Cup race. She also became the first female broadcaster to call a nationally televised race from start to finish during the July 2007 Cup race at Sonoma Raceway.

Venturini has also reported on NASCAR for Fox Sports 1 and Speed Channel and has served as booth analyst for PRN broadcasts this year.