Awarding Russia and Qatar the 2018 and 2022 World Cups sent a loud message to the entire world. FIFA doesn't care about human rights. There are countless ways they're proclaiming this to the world. Supporting countries who mass imprison their own citizens for protests and paying workers so little in horrible conditions that it equates to slave labor are just a couple. But the one main piece of the puzzle is their hatred and persecution of people in the LGBTQ+ community. While that persecution exists in both places, FIFA hadn't really put it on display in Russia the same way they are in Qatar.

A Conference, an Armband, a Rainbow, Oh My 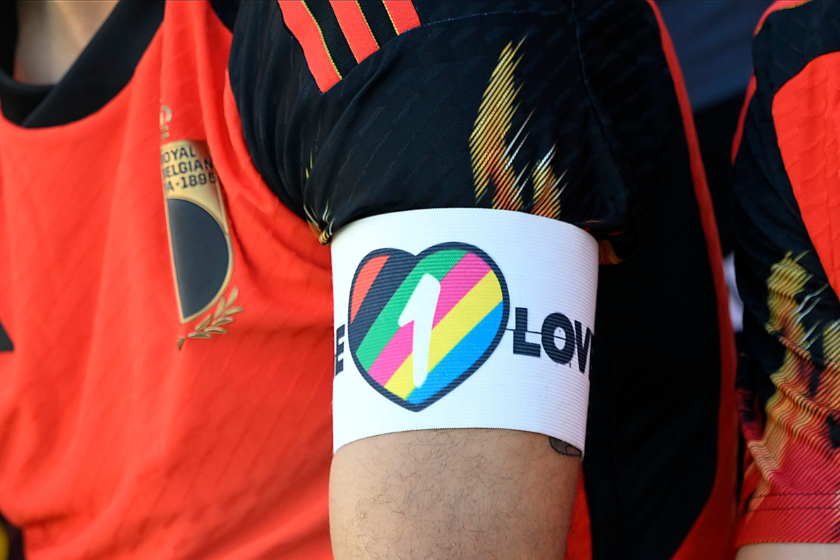 FIFA President Gianni Infantino kicked off the 2022 World Cup in Qatar with a press conference during which he babbled on yelling at the west for its hypocrisy, and compared being bullied for having red hair and freckles to, well, actual hate and discrimination. Infantino uttering the words "Today I am..." and then listing things he isn't is completely washing away the pain, fear, and oppression of people who do identify with those groups. No, Gianni, you are not gay. And you can't begin to undersell what those who identify as part of the LGBTQ+ community have been through.

Denmark, England, and a handful of other nations had planned a (not so) subtle gesture of their captains wearing a "One Love" armband, showing support for the LGBTQ+ community. This armband would show a heart, filled with rainbow colors and the number 1. Not only did FIFA say these nations could not wear the armband, but they actively threatened punishment if they donned them. No, not a fine. That would be something these nations would have probably happily paid. Instead, they threatened at minimum giving out yellow cards to players wearing them. FIFA's preferred "No Discrimination" armbands seem to be laughably hypocritical, no?

Just arrived at the Al Bayt stadium for England?s game and my cameraman, wearing the rainbow coloured watch strap his son got him, was stopped by security and refused entry. Clearly the message from FIFA is STILL not getting through. pic.twitter.com/BiBkV8fRgq

There have also been reports of fans and journalists being turned away from stadiums or forced to remove articles of clothing because they adorned a rainbow, or rainbow colors. On their podcast, After the Whistle, an Unofficial World Cup Podcast, Brendan Hunt and Rebecca Lowe talked about BBC Sports Correspondent Natalie Pirks' cameraman having a rainbow band on his watch that he was told to remove. American journalist Grant Wahl was wearing a rainbow on his shirt and was detained, before finally gaining entry to the match against Wales.

In all reality, FIFA isn't making these decisions. It's the Qatari government. FIFA claimed this would not be a problem, and yet it has become one. And they're basically treating it as a "it's not us it's them" situation. Which is, frankly, horrific. 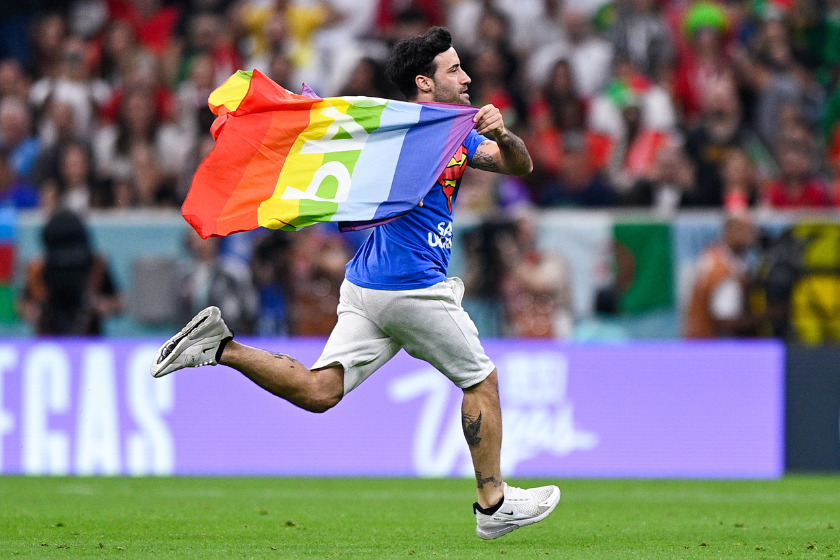 During the Portugal vs Uruguay match in the second group stage game of Group H, a pitch invader ran onto the field of play waving a rainbow flag. He was also wearing a shirt that, on one side read "Save Ukraine", and on the other read "Respect for Iranian Women". In a nutshell the man who was later revealed to be former Italian footballer Mario Ferri showed us what's at stake by allowing Qatar to not only host this world event, but also control the narrative.

FIFA is pretending to slap their huge mistake on the wrist, but doing nothing to actually prevent the behavior from continuing to happen. And, by doing so, FIFA is condoning hatred for any person whose sexual identity is not cis-straight. There are many who are calling out nations for backing out and not wearing the One Love armband anyway. Or not speaking up about it at all. Former United States Women's National Team players Ali Krieger and Ashlyn Harris called out the American men for not speaking up.

And they're 100% correct here. Every player should be speaking out against it. Even the Iranian players have spoken firmly against what their government is doing right now. And that will likely have direct implications on their life post-World Cup. I am legitimately worried for them to return home.

English players, Danish players, American players, and everyone else don't have that same kind of fear that comes with setting foot back on their home soil, but we can't just put that on the players. Their federations are allowing Qatar to control the narrative anyway, because FIFA is holding their feet to the fire.

It's Time for a Role Reversal 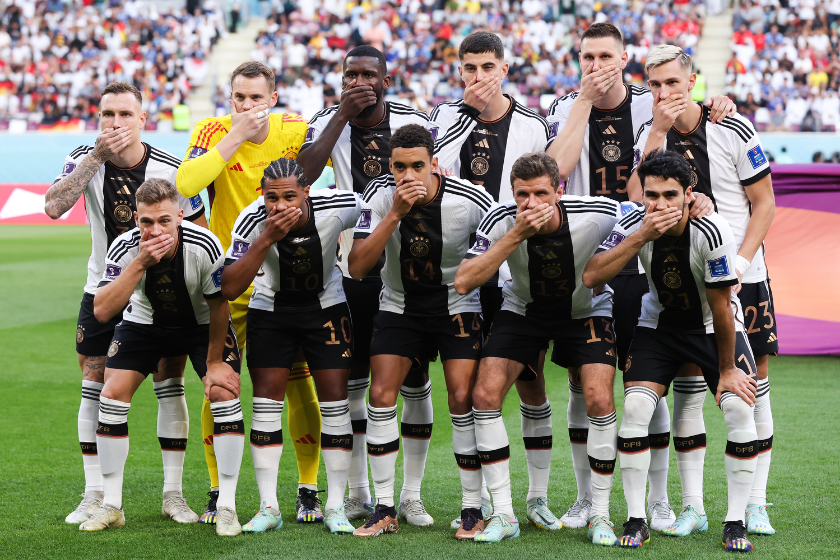 While certain UEFA countries are exploring what pulling out of FIFA would look like, that's not helping the way the LGBTQ+ community is being snuffed out today. These nations should actually be turning up the heat on FIFA. I know these athletes have trained their whole lives for this moment. But call FIFA's bluff. Show up with your entire team wearing One Love armbands. Force them to take action that will hurt their bottom line. Are they going to yellow card everyone? Send a whole team off? Force forfeits? And what if everyone started doing it?

The only way to root out corruption is to actually stand up to it, call it out, and make it face the music. We cannot continue to stand for FIFA making its own rules and enabling Qatar, Russia, and anyone else who tries to buy their way into hosting the World Cup in the future. Need proof it's happening? Qatari TV mocked the German team covering their mouths to show they're being silenced.

This isn't just about denying an armband with a rainbow on it. It's removing visibility of these people, and trying to lessen their humanity. It's accepting the persecution of the LGBTQ+ community. That sickens me and it should sicken you.