The Major League Soccer season is underway. After both the Eastern Conference and Western Conference number one seeds were eliminated in their first playoff game last season, and a first-ever MLS Cup champion was crowned, the 2022 MLS season, the league's 27th season to date, has been much anticipated. Adding to the excitement is the 2022 World Cup which follows the MLS Cup Final.

But what are the big storylines as the MLS season starts? Which teams are looking to cement reputations or thwart a franchise slip? With so many new expansion cities over the last few years, what does the MLS landscape look like moving forward? Don't worry, we've got you covered.

Can NYCFC Prove Their Title Run Was Not a Fluke? 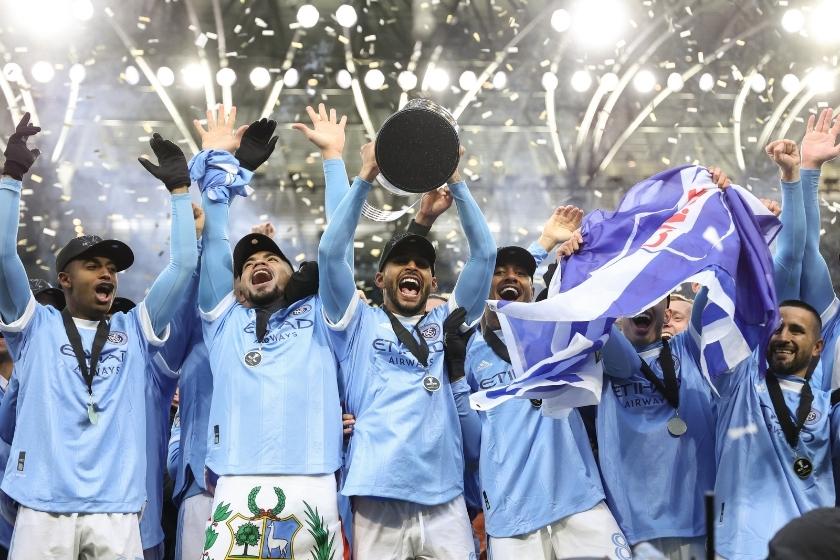 New York City Football Club managed to be the Eastern Conference representative in the MLS Cup Final and went on to win silverware, but it was not an easy run. Despite being founded in 2013, the club is still without a permanent home. Rarely have we seen New York fall behind other cities like Minneapolis/St. Paul, who built Allianz Stadium specifically for Minnesota United FC, after the club's third season in existence. We've seen teams in the same city play in the same stadium. The Chicago Fire shared with the Bears for a time. The Oakland Raiders and Athletics both played at the Coliseum. But never have we seen a stadium designed for baseball consistently support any kind of football, like Yankee Stadium is doing with NYCFC.

While they really should probably be called the Wanderers, NYCFC has managed to do what many in MLS have been unable to: Win the Cup. It took multiple extra-time matches and penalty kicks to get there, but they made it to the promised land. It did take a little bit of lady luck on their side, though. This season's squad has some familiar faces as well as some new ones. So it will be interesting to see if they can continue that path forward and prove that they are not only a top club, but that they deserve to have a permanent, soccer-specific home.

To this point, teams like New York Red Bulls and D.C. United have come out hot, while NYCFC seem to be experiencing a hangover, not managing a single goal in their first two games. They'll need to turn that around quickly before they find themselves playing catch-up long-term.

The New Look Revolution Hope to Finally Get Over The Line 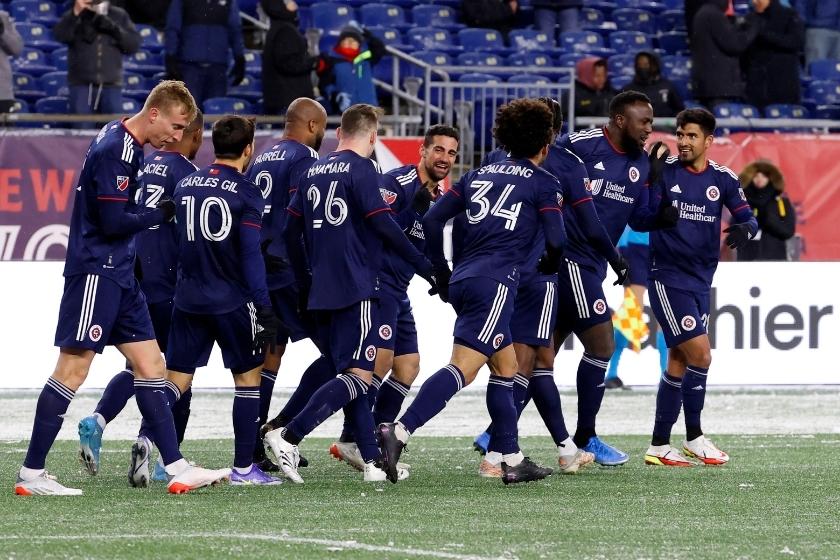 The New England Revolution won their first-ever Supporters' Shield in 2021. If you're not familiar, the Supporters Shield' is given to the club with the most points at the end of the season. Typically, in nearly every other league in the world, the most points means you win the league. In the United States, we're obsessed with playoffs. Therefore, it's a piece of silverware that really just exists as bragging rights.

Bruce Arena seems to be assembling a USMNT of yesteryear in Foxborough, but that may not be a bad thing for the original MLS club. Along with the likes of Jozy Altidore, Omar Gonzalez, and Sebastian Lletget, the Revs have updated their badge and brand for the first time since becoming a club 26 years ago. Add that new taste to Gustavo Bou, Carles Gil, and some other key players in New England's 2021 run.

They'll certainly be hoping that a new identity, and some proven MLS winners, help to take them over the line this season. It's about time the Buffalo Bills of MLS can finally lift that cup. And perhaps this new look, in every facet of the term, will help them to exorcise those demons. Seriously, if the Colorado Rapids, Real Salt Lake and Portland Timbers can pull off a championship, you'd think the soccer team that plays at Gillette Stadium would be able to make it happen, right?

They've gotten off to a decent start, but are going to need to build on that to prove they are once again the regular season cream of the crop in the east. 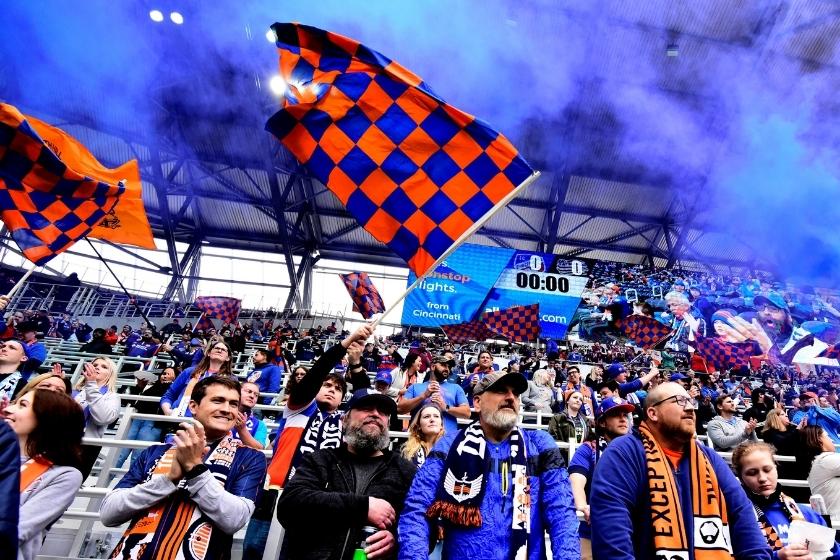 Charlotte FC has joined Major League Soccer this season, continuing the league's push for growth and expansion. In recent years, we've seen the likes of Nashville SC, FC Cincinnati, Inter Miami CF, and Austin FC join the league. It seems like every year there's someone new.

On one hand, this is great. If MLS can find a way to build into new markets, they can certainly tag that growth they are looking for.

On the other, they're not going to be able to add teams forever. In the United States, the largest number of teams in a professional league is the NFL with 32. MLS is currently at 28. So what happens for the game after they grow into that? Will Commissioner Don Garber continue to sanction expansion teams, or will US Soccer finally find a way to get on board with the rest of the world and hone in on relegation? There are three professional leagues in the United States, so will we be able to ever see those teams get a shot at the country's top tier of soccer? Or will we continue to just create new ones and further crowd the pitch? 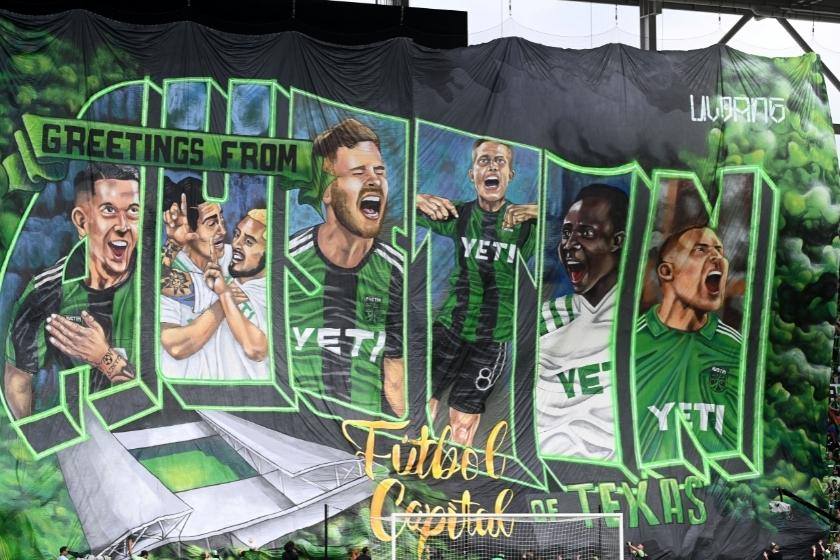 In their inaugural season, Austin FC amassed 31 points, good for 13th in the West. Miami and Nashville were able to make the playoffs in an expanded pandemic year, but only Nashville would have made the playoffs in a normal setup. Cincinnati has never finished higher than last in the east.

So the real question becomes - Can Charlotte break the mold and have a strong first season? Recent history proves it's a crapshoot. Aside from the Revolution, nobody else really proved to be ahead of the pack in the East in 2021, so it may not take much for Charlotte to put themselves on the map. Only time will tell. But I wouldn't bet on them being a playoff team in their first year.

They've started the season with back to back to back losses, the latest against conference opponents Atlanta United, but also set the MLS all-time attendance record in their first home game. That total? 74,479, which is 388 short of selling out Bank of America stadium. If they can continue to pack out BofA, that fan base could prove to be very exciting to experience, and push their team to start picking up some points.

What to Watch for During the 2022 MLS Season 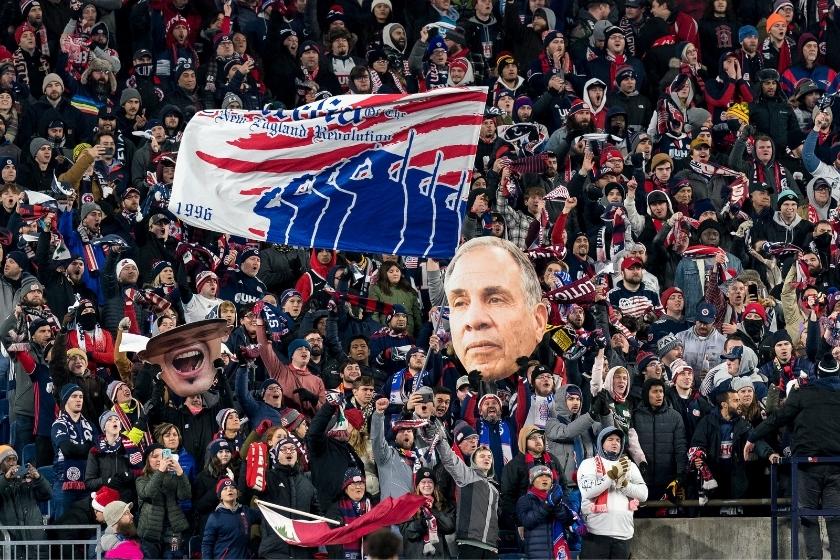 Whether it be NYCFC trying to repeat, the Revolution going for a first-ever title, or Charlotte trying to outdo recent expansion teams, there's plenty to watch out for in MLS this season. Can a team from Canada, other than Toronto FC, find their way to MLS glory? CF Montreal and Vancouver Whitecaps FC sure hope so. How will the upcoming 2022 World Cup in Qatar affect the MLC Cup final? We'll find out one way or another, as the FIFA World Cup is set to kick off five days after the scheduled MLS Cup final. Yikes.

But me? I'll be sitting at Gillette Stadium with my season ticket hoping for New England's "other" football team to finally make their mark.