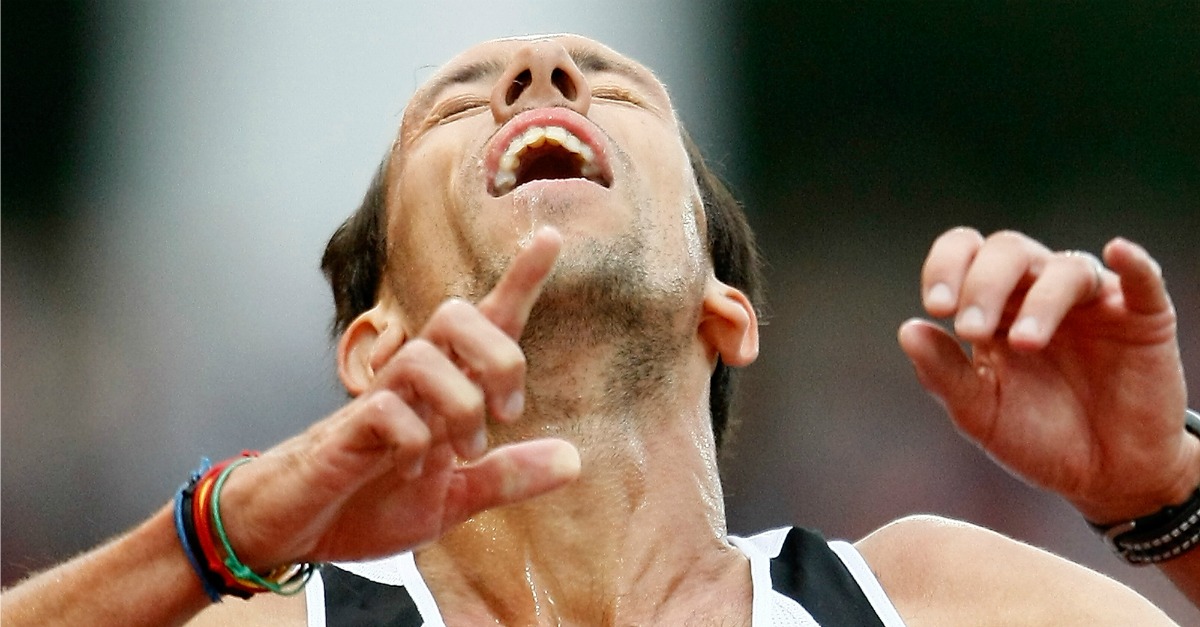 A French Olympian showed the true spirit of the games Friday. World record holder Yohann Diniz was hit with a bout of the stomach bug, but carried on with the race anyway.

RELATED: Decathlete Ashton Eaton made a pact with himself that no doubt helped drive him to win gold

The racewalker lost control of his bowels and soiled himself, but he kept going. He had the lead during the grueling four-hour walk, but things took a turn and he collapsed twice during the 50km walk (31 miles).

A camera caught something running down his legs during the race, but despite the not-so-pleasant moment, he managed to finish. Canada?s Evan Dunfee stopped to help Diniz collect himself.

RELATED: Watch the beautiful moment when three U.S. athletes stood on the same podium to hear the national anthem

Despite the unfortunate finish, Twitter was full of support for Diniz.

Yohann Diniz of France deserves to hold the flag at the next opening ceremony. Dude is a champ. #racewalk #RioOlympics2016

Yohann Diniz stopped his watch before fainting …. a true athlete

#YohannDiniz.. I have so much respect n admiration after watching u courageously finish that #50kmwalk #Racewalk #Rio2016 #CHAMP

The French walker is so inspiring. He's clearly having a hard time but not giving up!! #RioOlympics #racewalk #yohanndiniz