A transgender athlete wins a state wrestling championship amid controversy 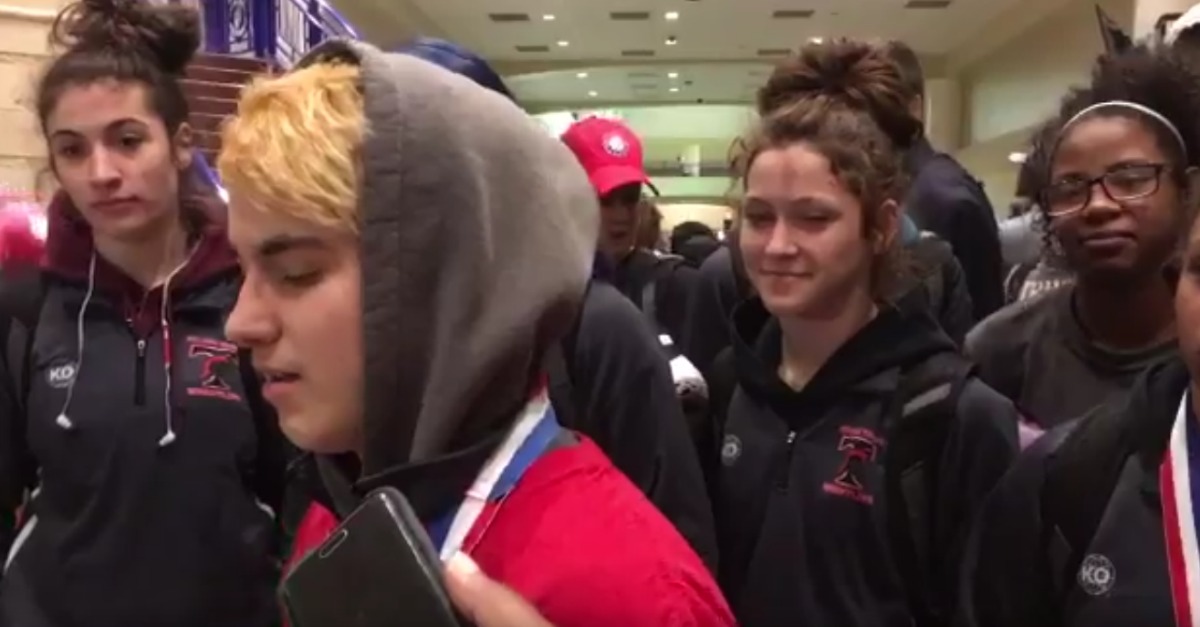 Mack Beggs, a transgender athlete transitioning from female to  male, won a regional 110-pound girls wrestling title and is scheduled to wrestle in the Texas state tournament.

Beggs, 17, has been taking testosterone shots during the transition process.

RELATED: Texas’ governor tells the NFL to mind its business as the state debates a so-called “Bathroom Bill.”

Beggs credited his teammates with his success, and they stood around him in support during his post-match remarks, in which he credited them for his success.

Whether Beggs actually wrestles in the state tournament is another question. Yahoo Sports reports that the family of a female wrestler filed suit attempting to bar Beggs from competing in the regional tournament, but there wasn’t enough time for a court to  consider the petition. There’s always a chance someone could file a similar suit before the state tournament.

Ironically, Beggs won the tournament as a transgender athlete in a state that’s been taking a public relations beating recently as it debates enacting a so-called “Bathroom Bill,” which would require Texas residents use the bathroom based in their sex at birth,