After 13 years, an NFL quarterback has decided to call it quits 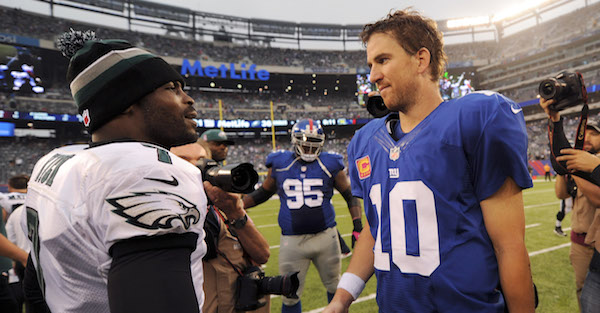 Michael Vick’s career is officially over, per ESPN:

Michael Vick tells @josinaanderson that he's officially retired from the NFL. (via @sportscenter)

Drafted No. 1 overall, Michael Vick was part of the Atlanta Falcons resurgence, quickly becoming one of the most dynamic players in NFL history. He led the Falcons to a road playoff win at the Frozen Tundra in Green Bay and helped push Atlanta into perennial contention  (when healthy) with his mix of a cannon for an arm and his shifty running ability.

Vick would miss the 2007 and 2008 seasons as he spent 19 months in prison on a despicable dogfighting conviction.

He would return to the Philadelphia Eagles, where he played sparingly from 2009-2013 before playing one season with the New York Jets and one with the Pittsburgh Steelers.