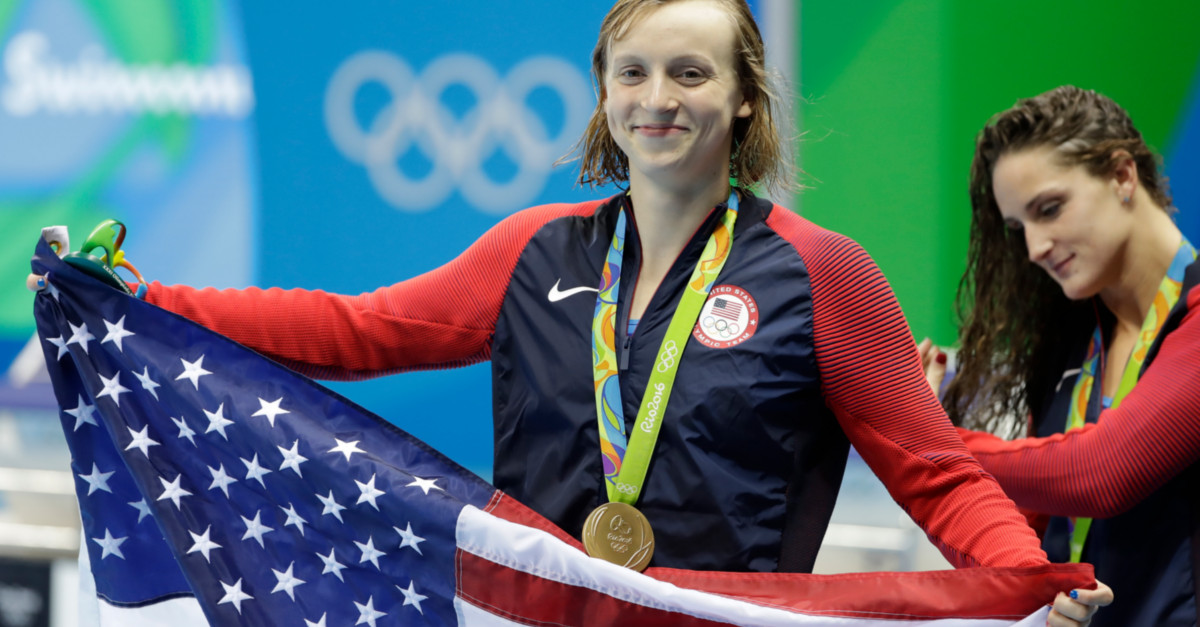 Oh, what a night!

Team USA swimmer Katie Ledecky absolutely crushed her competition during the 400m freestyle race on Day two of the Olympics in Rio de Janeiro. As soon as she jumped into the water Ledecky pulled ahead of the seven other competitors, where she remained for the duration of the race. Upon completing her final turn, Ledecky was a full second ahead of the previous world record, a record that she herself had set. She finished the 400m race in 3 minutes, 56:46 seconds, almost a full two seconds better than her previous record and more than four seconds ahead of the second-place finisher.

The look of excitement on her face as soon as she realized what she had accomplished was pure Olympics magic! The nine-time world champion is the current world-record holder in the 400-, 800-, and 1,500-meter freestyle — all at just 19 years old! The Washington DC native is also a favorite in the 200- and 800-meter freestyle races during this year’s Olympic games.

Ledecky was beaming as she stood on the podium, hand over her heart as “The Star-Spangled Banner” played throughout the stadium. We’re sure to see plenty more of that smile of hers as the games progress since we doubt this will be the last time she steps up onto that podium!