As if things weren’t bad enough for Ronda Rousey, she had this happen to her Venice Beach home 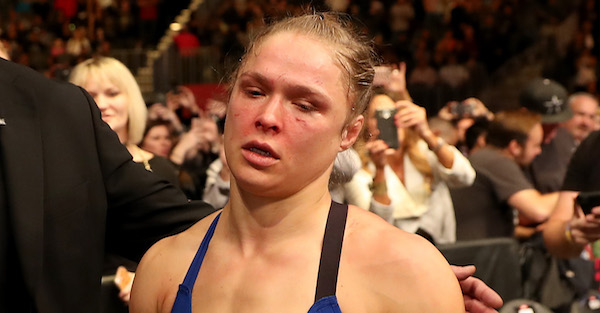 The past several days have been pretty awful for UFC fighter Ronda Rousey, who was once at the pinnacle of her sport.

Not only was she knocked out in less than 50 seconds, but was also dragged through the mud in a sense by the Women’s Bantamweight Champion as well as by other MMA fighters.

And as if that weren’t enough, to add insult on top of the insult already added to her injury, on Monday evening, Ronda’s Venice Beach home was spray painted by vandals, whose work was indecipherable and did not mention Rousey’s loss.

Rousey has yet to address the vandalism or her future in the sport, but published this cryptic Instagram post on Tuesday.